It took a trip to Bavaria, but I finally saw color for the first time yesterday. Reds and greens at least. And it was pretty amazing.

For many years I have known that I have significant red/green color-blindness (and am classified as strong deutan). This is a hereditary condition “caused by an anomaly in the M-cone photopigment gene sequence.” Basically, if you were to look through my eyes, you would see a world dominated by brown. What you see as red and green tends to be muddied and darkened through my eyes so that I see them as shades of brown. 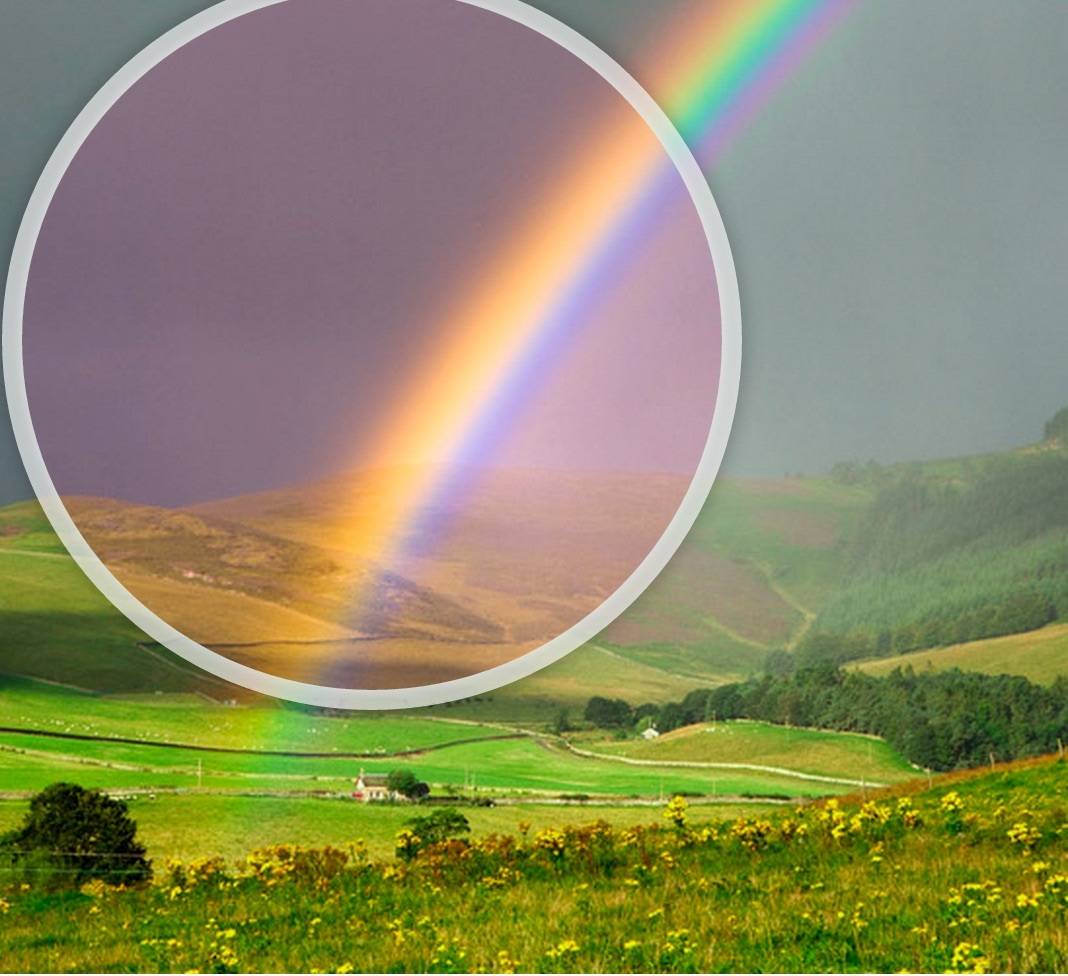 For those with this condition, “Green, brown, yellow, orange, and red may appear confusingly similar. This makes ‘naming’ the color difficult. Blue and purple are frequently confused. Pink can be very ‘muted’ so it looks essentially gray.” While “the perception of blue and yellow shades is good, red and green colors seem muted and dull. A person with strong deuteranomaly can typically perceive about 25 thousand distinct shades of colors, which is just 2.5% of the 1 million shades seen with normal color vision.”

But there is a temporary cure, and yesterday I got to experience it for the first time. I am speaking this week at a conference in Germany, and one of the organizers of the conference brought along a pair of EnChroma glasses. These are glasses that boost color vision, essentially bringing color to those who have never seen it before.

Yesterday was a bright and sunny day here in the foothills of the Alps. The trees are displaying fall colors but, of course, I’ve never really seen fall colors before. So standing outside surrounded by trees I put on the glasses. And wow.

It wasn’t a mind-blowing experience. It wasn’t like I was suddenly exposed to a kaleidoscope of brilliance. It was more like the world had just switched from low-definition to high-definition. That’s the best descriptor I can find. Maybe you have been to an electronics store and compared a low-quality screen with a high-quality one. When you look at that $200 budget screen, you can still see what’s playing, but it’s a little bit blurry and the colors don’t quite look right. Then you look at the screen beside it which has the full HD-quality picture, and it’s a world of difference. The blur is gone, the colors pop, and you see the picture with perfect sharpness and clarity. That’s what it was like to put on the glasses.

It’s not only that there were more colors and that the reds and greens were brighter, but that there was more distinction between them. Where a tree may have had two or three colors and a muddy kind of transition between them, now I was seeing clear variations in the colors. An awning on the hotel had a gradient of color, going from red to orange to yellow and back again; it had been a blurry and unremarkable gradient before, but now each color was sharp and clear. For just a few minutes I saw the world in a very different way. Autumn colors are just as beautiful as everyone had told me. Grass is much greener than I had thought. Nature is more beautiful.

I had always assumed that I would never see red and green until heaven. But I got at least a glimpse of them yesterday. And I quickly realized how much of the world I have been missing, how much detail has been invisible to me. Suddenly my eyes were seeing the world as it really is, and it was awesome.