Grace and peace to you on this fine Easter Monday (which is a holiday in these parts).

There is a very long list of Kindle deals available today.

(Yesterday on the blog: Why Should We Try To Add One Stitch To a Finished Garment?)

We Should Talk About Disney

Trevin Wax tells how Disney’s current controversy is different from some other issues that appear similar. “In this case, it’s not about your Whopper with rainbow-colored wrapping, or the propriety of Pepsi taking a position on a particular piece of legislation. In those cases, the product from the organizations remains the same. Consumers may roll their eyes at the leftward virtue signaling or the TV commercials, but the Oreo remains the Oreo.”

I love a well-prepared prayer like this one, meant for an ordination.

Our Christian Terminology Is Built on the Old Testament

Here’s an interesting look at something we may take for granted: “how the NT authors regularly draw on the OT to explain the key steps or aspects of personal salvation.”

“It’s almost a throwaway line in Mark’s gospel, sandwiched between the cataclysmic darkness as Jesus, the eternal Son of God, breathed his last whilst nailed to a wooden cross and the centurion’s amazing declaration, ‘Surely this man was the Son of God.’ Yet, the tearing of the curtain in Jerusalem’s temple wasn’t just incidental, a by-product, or an act of divine vandalism but a sign of the profound significance of each and every event leading to this point.”

“I often experience intense emotions that can feel debilitating. How can I grow?” That’s the question at the heart of this video.

Flashback: Spiritual Drafting and the Danger of Christian Complacency 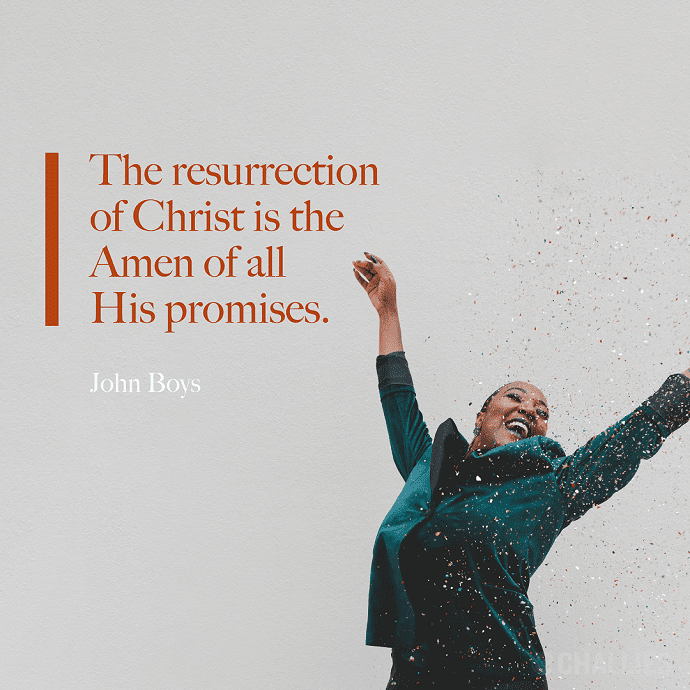 The resurrection of Christ is the Amen of all His promises. —John Boys