Today’s Kindle deals include a long, long list from Crossway and Zondervan as they mark the start of The Gospel Coalition Conference. Seriously, it’s a massive list of really good deals.

Baseball’s opening day is here. You may enjoy this video on the game or this tribute I wrote last year titled “The Perfect Game.”

Being Pence-ive about Dinner with the Ladies

Adam Parker reflect on Mike Pence and the Billy Graham Rule. So does Karen Swallow Prior.

Here’s kind of a sad one about a girl raised in a superstitious subculture dominated by spiritual warfare.

TGC begins today. Justin Taylor provides the livestream schedule for those, like me, who are not attending.

According to Quartz, “America’s unhealthy obsession with productivity is driving its biggest new reading trend.”

The truth about missions in any context is that it’s a long, hard slog.

“Life in our modern West could do with a ‘keep apart two chevrons’ policy. So could life in many of our modern Western churches. The mantra among many evangelicals is often ‘Couldn’t we be doing more?’ And the answer is ‘Yes’, it’s always ‘Yes’. Of course you could be doing more, but the question is should you be doing more?”

3 Reasons Why Preaching Is Not Casual

Josh Buice gives three solid reasons that preaching is not (and must never be) casual.

Flashback: If I Wrote the Bible

What if I had written my own bible? How would it be different? How would a simple, sinful person like myself approach the task of writing a standard of faith and practice that was meant to transcend all times, contexts and cultures? 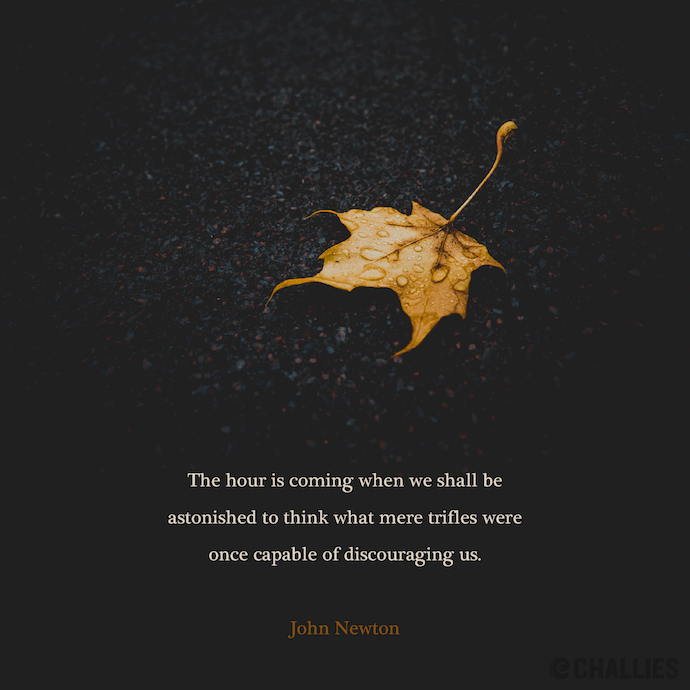 The hour is coming when we shall be astonished to think what mere trifles were once capable of discouraging us. —John Newton