There is a handful of Kindle deals to consider today. Still waiting for Crossway to get back into the game!

(Yesterday on the blog: Reaching People with the Gospel)

Share Ministry, Even If It’s No Big Deal, Because It Actually Is

“Here’s a quick story from church life that seems ho-hum on the surface. But the reality is, God used it to remind me of an important truth that I was veering from. Oftentimes the Lord is at work in the very ordinary.” Yes, he is!

“I’m concerned that many Christians live with the sneaking suspicion, or the settled conviction, that God is generally displeased with their lives. As if he sees all the shortcomings, all the failures, all the room for growth, and holds back his approval until his sanctifying work is done. But if God is our Father, and in Christ we are his children, doesn’t it make sense that he would take pleasure in our growth as well as our glorification?”

This looks like the beginning of a promising series. “What Miller had understood was that the death of God was not the death of the notion of the divine; it was the death of the God of the Bible (as Altizer had said, any alien transcendent divine power). You see, that’s what people don’t want; they don’t want the God who is transcendent, sovereign, and independent of us, and so that God has to be killed. Since that time, in their minds, this God has been slowly put to death.”

When Opposition to Religious Liberty Becomes Silly, Petty, and Vindictive

Silly, petty, and vindictive indeed. “The news about Jack Phillips is a reminder that progressive culture war tactics are exacting. Episodes like this reveal the inner logic of progressivism’s strong-man impulse. Instead of debate, bully. Instead of civility, just claim to be a victim. Instead of principled Constitutionalism, just rely on identity politics. In this, progressivism brooks no compromise. It offers the opposite of the tolerance it peddles.”

Is the King James Version of the Bible the Most Accurate Translation? (Video)

Is the King James Version of the Bible the most accurate translation? Dr. Robert Plummer answers in Honest Answers

Here’s an interesting one that looks at the changing understanding of Rudyard Kipling. “Nobody reads Kipling anymore. I don’t know if this true—he is no longer in the canon of English studies taught in high school and college where some of his work was anthologized as late as the 1960s—but it’s a shame if it is because the caricature of Kipling as a simple-minded drum beater for the British Empire is superficial and naïve.”

When You Don’t Smile Much Anymore

“Several weeks later, the physical effects of this anxiety attack have since passed, but the unsettled feeling in my spirit persists. Unfortunately for me, I’m one of those people who wears my emotions on my face, so it didn’t surprise me much when a good friend took note of my somber expression. “You don’t smile much anymore,” she kindly said as she reached for my hand.”

If you are going to run to win, you must treasure your marriage. 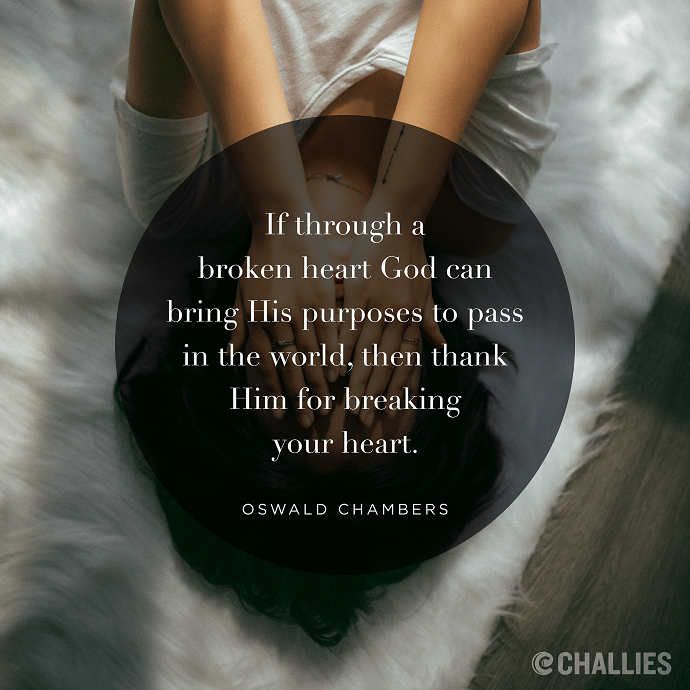 If through a broken heart God can bring His purposes to pass in the world, then thank Him for breaking your heart. —Oswald Chambers