It’s not the greatest day ever for Kindle deals, but there are at least a few there.

(Yesterday on the blog: A Prayer for Battling a Destructive Desire)

Clint Archer shares some valuable thoughts on celebrating the Lord’s Supper according to the biblical intent.

The FAQs: What You Should Know About Late-Term Abortion

Joe Carter has an FAQ on late-term abortion (following President Trump’s call to end it in his recent State of the Union address).

Though Ken Davis knows Jennifer Lopez will never read his letter, he has shared it anyway. “If the pole dancing segment of your show had continued on to portray the pain and abuse that such a life can lead to and ended with you warning young people not to be so enamoured with money, fame, and adulation then I would have been disappointed that I did not get to see it. As it is, you fed a false idea into young people’s imaginations that could very well lead them to think that there are no dangers, no downsides, no disappointments in choosing the pole that hides horrors too terrible to mention.”

The Death of Decency in the American Mind

Melissa laments what appears to be the end of decency in the American mind (and, further, I suppose, in Western society).

“I appreciate full disclosure, but his advocacy threw some doubt on the stats he cited—that 4 percent to 5 percent of all adults are currently in consensually nonmonogamous relationships, for example. Or that almost 30 percent of adults under 44 see no problem with them. Maybe, maybe not. But the writer’s breezy disregard of marital norms is anything but serious…”

Writing for DG, Greg Morse answers some common objections to eternal punishment for those who do not turn to Christ. “That word which should make the most apathetic among the unforgiven weep, the strongest sweat blood, the youngest curl into the fetal position, the oldest break into madness to hear its footsteps so near, shook me. Who can rightly fathom it? Forever.”

A Truth Worth Defending

Though there is a sense in which this article is about fundraising for a ministry, it first helpfully shows how sexual norms are being erased and redrawn.

Flashback: A Quiz on the Doctrine of Salvation

How well do you know know the doctrine of salvation? This quiz is designed to help you find out. 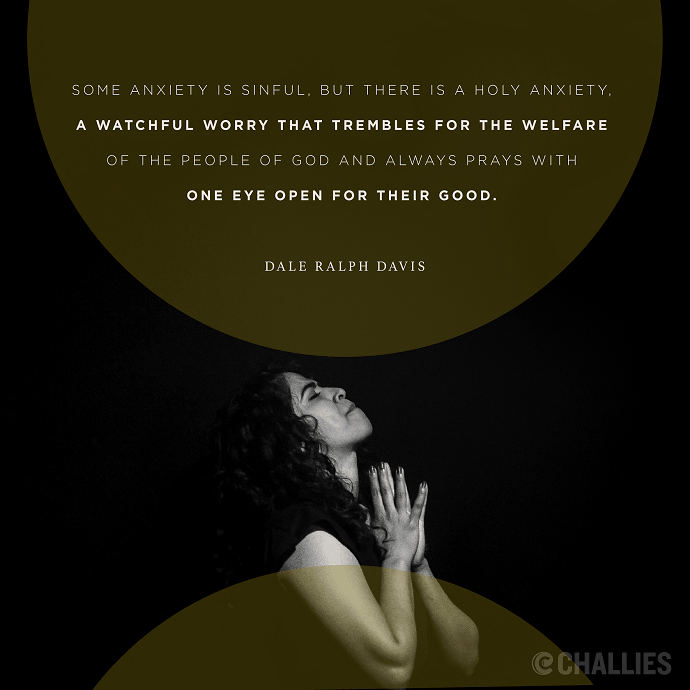 Some anxiety is sinful, but there is a holy anxiety, a watchful worry that trembles for the welfare of the people of God and always prays with one eye open for their good. —Dale Ralph Davis