Happy Canada Day to all my fellow Canadians. 🇨🇦

At Westminster Books you’ll find a deal on a resource meant to help younger people engage with the great hymns of the Christian faith.

Today’s Kindle deals include a couple of books.

(Yesterday on the blog: Seasons of Sorrow: The Release Event (You’re Invited!))

The Triviality of Pro-Choice Memes

After SCOTUS handed down its decision, “there was much justified jubilation, as well as frustrated weeping, regret, sorrow, fear, and the full panoply of human emotion that such a movement towards costly justice could be expected to engender from advocates and foes. And, of course, in our culture that has displaced reasoned discourse with the image, the ad, and the infographic, there were many annoying memes.”

There are lots of good thoughts in this one. “A lack of prayer is a mark of self-sufficiency, and it is simultaneously a cause of self-sufficiency. There could be few things more dangerous for the souls of church leaders than to lead prayerlessly and then to see growth. Woe to him who does not pray for what he needs, but a double-woe to him to whom God grants success apart from prayer.”

Kristin reflects on valor without renown (and life without social media).

If You Find Listening to Sermons Boring, Try This

“During my lifetime I reckon I’ve heard about 4,000 sermons. Often I have been challenged, uplifted, provoked, transformed. Sadly, other times, I have been bored.” Here are some ways to gain more from the sermon.

Lauren Ray shares some of her efforts to represent Christ in Amsterdam’s infamous Red Light District.

I’ve heard so much about the Gen Z mental health crisis—as have you, I expect. This article shares ways that pastors (and others) can make a difference.

Flashback: You Don’t Really Know Who Your Friends Are Until…

Jesus is unchanged and unchanging. He will not bow to the changing culture, he will not cede to the rising tide. Jesus will only ever be who he is and who he has always been. And each of us has a choice to make. 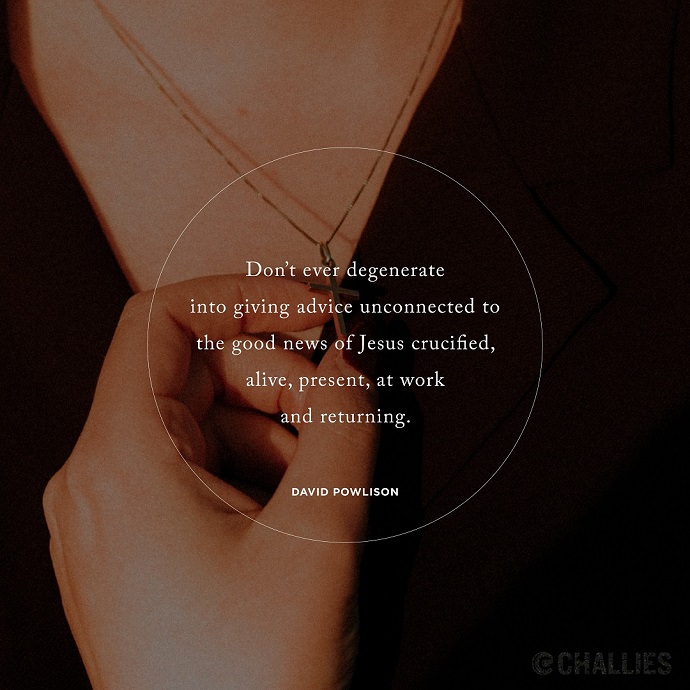 Don’t ever degenerate into giving advice unconnected to the good news of Jesus crucified, alive, present, at work and returning. —David Powlison