Today’s Kindle deals include several books (like Echoes of Exodus).

Be sure to check out Westminster Books for some deals on books for children.

I found this an encouraging reminder that even though spiritual growth often happens slower than we’d like, that doesn’t make it any less real.

Meditation Apps and the Gospel of Self-Optimization

“Meditation-via-app has become fashionable recently, popularized by the likes of Lionel Messi, Novak Djokovic, and Katy Perry, who practice it to boost their performance. Historically, however, meditation had different purposes. The practice was tethered toward encountering the transcendent.” But what’s behind these apps?

You Can Hate Abortion and Love Women

Scott Klusendorf: “What’s driving the abortion controversy is not who loves women and who hates them. Rather, it’s a serious philosophical debate about who counts as one of us. Either you believe that each and every human being has an equal right to life, or you don’t.”

“The month of June has been a difficult month for Biblical Christians. Our newsfeeds, emails, Twitter accounts, and various other forms of media have bombarded us with negative news. At least my own  news thread has been negative and discouraging. I think that many of you are in the same situation.”

Darryl Dash gives some reasons you shouldn’t just cancel church services for the sake of rest or other activities. “The real problem is that our ecclesiology — the doctrine of the church — has become weak…”

Vast Ghettoes for the Old

This is so very sad. “They have no lifts, shops or medical services – yet they are home to mostly poor, elderly people. Guardian Cities and the Waseda Chronicle investigate Tokyo’s massive ‘homes for solitary death.’”

Marriage Is for Mission

Jen Oshman: “We were on the mission field for less than six months when not just one, but two partnering families had to leave because of marital unfaithfulness. In both cases, the couples had been married for over a decade, had multiple children, and collapsed in moral failure. In one family it was the husband, and in the other it was the wife.”

Do you ever have those days where you just want to sin? Sin looks delicious while righteousness looks distasteful…What do you do on a day like that? 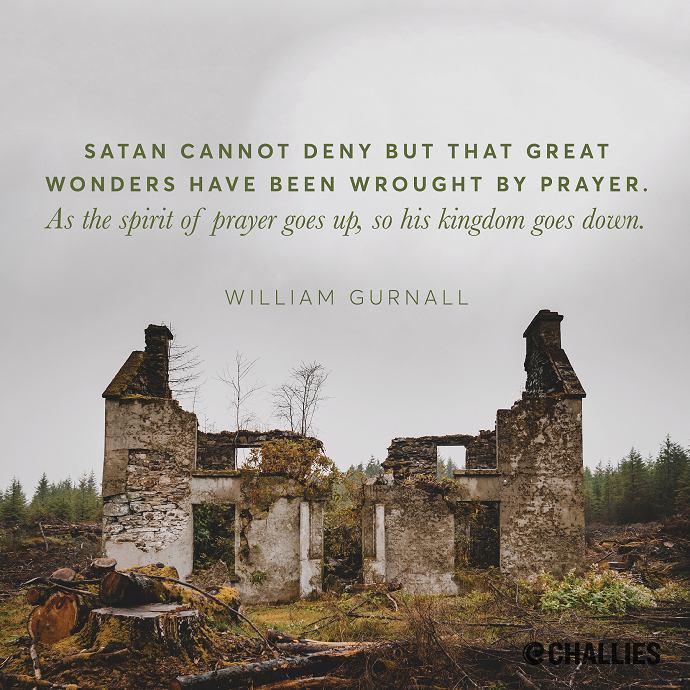 Satan cannot deny but that great wonders have been wrought by prayer. As the spirit of prayer goes up, so his kingdom goes down. —William Gurnall