Yesterday my son texted Aileen to ask, “How do so many people know it’s my birthday?” So thanks to all those who saw him down at SBTS and said “happy birthday.” Also, I suppose this is proof that he doesn’t read my site!

Today’s Kindle deals include a few good books, just like most other days…

Logos users, you can vote on the next round of Logos March Madness as we work toward getting access to some heavily-discounted books. The products that did not survive round 1 are now discounted at 35% off.

Justin Taylor looks to Douglas Murray and John Piper to provide some insight into homosexuality. (You’ve probably heard someone reference Murray’s The Madness of Crowds, and for good reason–it’s worth a read.)

If you’ve ever wanted to know what Mars looks like, this is the best view any human being has ever had. It is both stunning and pretty bland.

Spurgeon and the Cholera Outbreak of 1854

For almost any modern challenge, there’s guidance to be found in church history. In 1854, London was hit with an outbreak of cholera, and here is how Spurgeon handled it. (Also on the subject of the virus, here’s a little lesson to learn.)

Anxious for Nothing: Addressing the Worry I Can’t Explain

Jared Wilson addresses the kind of worry that can sit deep inside and manifest itself in unexpected ways.

On Stephen Furtick and Modalism

Cam Hyde says it’s time to walk away from Stephen Furtick. I’d agree—though I think people ought to have walked away from him ages ago. But today’s question is whether or not he’s a modalist and, on that account, I’m with Wyatt Graham: I think we need more information.

When “What If?” Compels You to Act

Here’s a dispatch from overseas: “Taking off my Crocs, I stand at the entrance of the two-room shack that’s home to four people: Kamala, her husband and their two little girls. I hesitate, thinking of how dirty my feet will likely get – and then shovel my selfish thoughts into a corner of my mind.”

About What You Believe

“Let nothing be said about anyone unless it passes through the three sieves: Is it true? Is it kind? Is it necessary?” 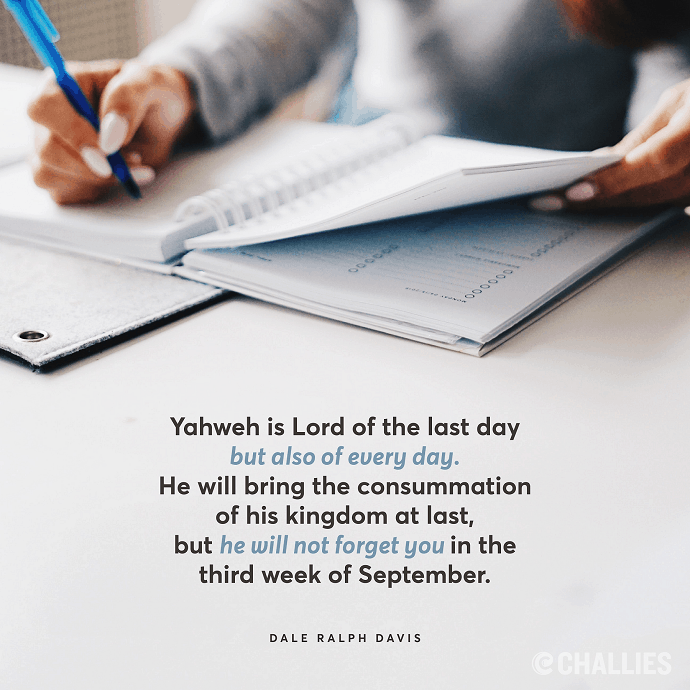 Yahweh is Lord of the last day but also of every day. He will bring the consummation of his kingdom at last, but he will not forget you in the third week of September. —Dale Ralph Davis