Good morning! Grace to you today.

It has been a bit of a quiet stretch for Kindle deals, but there are a few there today.

(Yesterday on the blog: This World Is Passing Away)

There are lots of interesting insights here on the rise of “Instavangelists.” “We’ve found a different kind of clergy: personal growth influencers. Women like Ms. Doyle, who offer nones like us permission, validation and community on demand at a time when it’s nearly impossible to share communion in person. We don’t even have to put down our phones.”

What Is Divine Providence?

This is a helpful piece from John Piper: “The term sovereignty does not contain the idea of purposeful action, but the term providence does. Sovereignty focuses on God’s right and power to do all that he wills, but in itself, it does not express any design or goal.”

A Trombone Instead of Heroin

I think you’ll benefit from reading this story of God’s grace in a life.

What If They Had Known?

Kyle Borg wonders what the church leaders would have done had they known what happened to him. “I grew up in the church. Some of my favorite memories come from the time I spent there — Sunday school, AWANA, VBS, youth group, and fellowship meals. For hours we would play hide-and-seek, run up and down hallways, and occasionally sneak a peak at the baptismal pool hidden under the front stage. I was surrounded by people who knew my name, cared about me, and taught me a lot about the Bible and Jesus. With childlike innocence I never had any reason to suspect someone in the church would want to hurt me. It was a place where I felt comfortable and safe.”

What’s Wrong with Cancel Culture (and What Isn’t)

I enjoyed many of the insights on cancel culture in this article. “Modern mass communication has allowed people with minority views to find each other and organize in ways that were previously impossible. It has allowed an individual to be constantly bombarded by the opinions of others, even as that individual’s opinions become increasingly known to the rest of the world. It used to be that only authors and politicians were likely to face much public wrath for their views, but thanks to social media, we are all authors and politicians. Every one of us is in danger of invoking that wrath.”

I expect many pastors have had to deal with this. “One Sunday night when our church was new and very small, I preached one of those messages that was everything I wanted a message to be. And yet I was frustrated. We had seventeen people in a room that seated 250. The room was so big that it felt more like three. I remember driving home that night frustrated that we had brought this amazing message and worship to the table and only seventeen people experienced it.”

Offer Grace And Not Just Criticism

“The Pharisees, the religious leaders of the day, came to Jesus in Matthew 15. They approached this man who had done so many incredible things and demonstrated he was someone special, and what burning question do they ask him? They ask why his disciples don’t wash their hands in the correct ceremonial, traditional way. They don’t see the wonder of Jesus but find something to criticise. And as is pointed out in the conversation that followed from this, their concern was not even a Biblical one but a tradition of the elders.”

Pray for the Spirit to help you and direct you so that you can follow Jesus wherever he calls you to go. Fundamentally, Paul reminds us that the Lord will answer, and that we should be prepared for where that answer may lead or what that answer may call us to do. 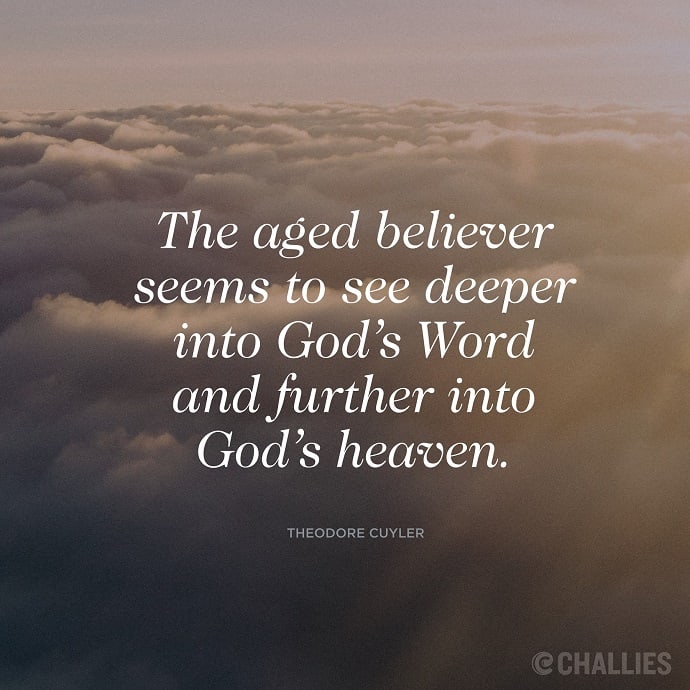