Today’s Kindle deals include all kinds of good books about prayer.

(Yesterday on the blog: How We Worshipped One Sunday in May)

“When our critically ill loved ones cannot speak to us, we wrestle with impossible decisions of whether to press on or to withhold treatment, all while we yearn to hear a beloved voice again. Such dilemmas thrust us into grief, doubt, fear, anger, and even guilt as we struggle to reconcile a web of hospital instruments with a mother’s voice, a father’s laughter, or a child’s smile.”

The Dragon & The Rooster

This is a beautiful bit of writing from Heidi Tai as she tells about being raised between two cultures.

Where Sex Trafficking Occurs in America

Joe Carter: “A recent report highlights the cities and states within the U.S. in which human trafficking is most reported.”

Sinners in the Hands of an Angry Planet?

“Today, secular political discourse includes not only utopian substitutes of the New Heaven and New Earth, but also secular versions of the Apocalypse. Just consider the tenor of our current debates around climate change and the environment.” More and more people are noting that environmentalism is becoming a substitute religion.

Why This Capital City Has a Population of Zero

Yes, there is a capital city out there with a population of zero…

“Because critical theory relies on social location, lived experience, class oppression, and social conflict as the overarching interpreting framework for seeing the world and navigating social relations in society, we need to ask: Why is this approach problematic for Christian ethics? To answer that question, we need to understand how moral claims are first made according to critical theory.”

What Terminal Cancer Taught Me About Life

It’s a blessing to read such a good article in the Spectator. “But I believe there is – and it brings me great hope. In the short time left for me in this world, I can think of nothing more important than sharing that hope with others.”

Flashback: A Plea to Christian Publishers on Behalf of Their Authors

Your authors have worked hard on their books. You have put lots of effort into acquiring the books, editing them, designing them, and printing them. Please don’t neglect this important step of creating a few key resources. 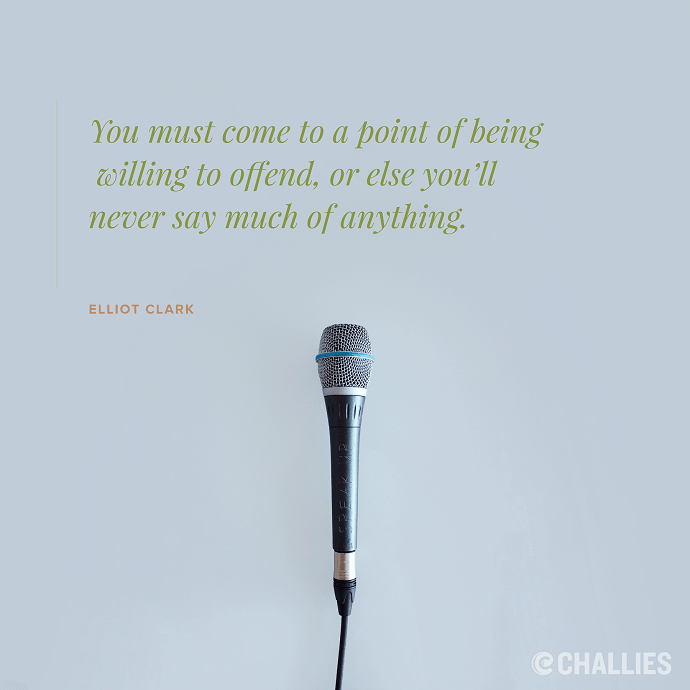 You must come to a point of being willing to offend, or else you’ll never say much of anything. —Elliot Clark