Today is Remembrance Day in Canada, and I’m thinking about my grandmother’s brother who died during the Second World War as a fighter pilot for the Royal Canadian Air Force.

There are a couple of notable Kindle deals today, including a good one from Paul Tripp.

(Yesterday on the blog: Life Is Fleeting)

What is conscience and why does it matter?

Stephen Kneale says, “I think many of us have a particularly poor understanding of just what conscience is.” He moves conscience from the realm of feeling to the realm of knowledge.

An Outline for Understanding Issues of Conscience and Legalism

This is another interesting one on conscience. “Most of us have seen the movie ‘Chariots of Fire’ and have been greatly encouraged by the example of Eric Liddell who refused to compete in races on Sunday. But if a Christian held a different position regarding what is allowed on Sunday, could that believer be just as dedicated to Christ with his differing opinion?”

Self-Worship Is the World’s Fastest-Growing Religion

Thaddeus Williams: “In our day, the Westminster Catechism answer has been inverted: ‘the chief end of man is to glorify and enjoy himself forever.’ One could even make a case that self-worship is the world’s fastest-growing religion. It is certainly the world’s oldest (just read Gen. 3). Moreover, this religion lies beneath many of the most hot-button social and political issues of our day.”

Kindness in a World Gone Mad

“I was waiting in line with my sons for a roller coaster when the T-shirt caught my eye: Kindness is free — so sprinkle that stuff everywhere. I’m sympathetic to the message at one level…” If only kindness was so easy…

Here’s another nice new song, this one from the Gettys and Sandra McCracken.

I enjoyed Lauren’s reflection on God’s greatness. “We only get whispers. And yet how powerful these whispers are! Can you even imagine how loudly the fullness of God’s glory must shout?”

Flashback: Keep a Close Watch on Yourself!

God charges every Christian to be vigilant over how you behave and what you believe. Are you keeping a close watch? 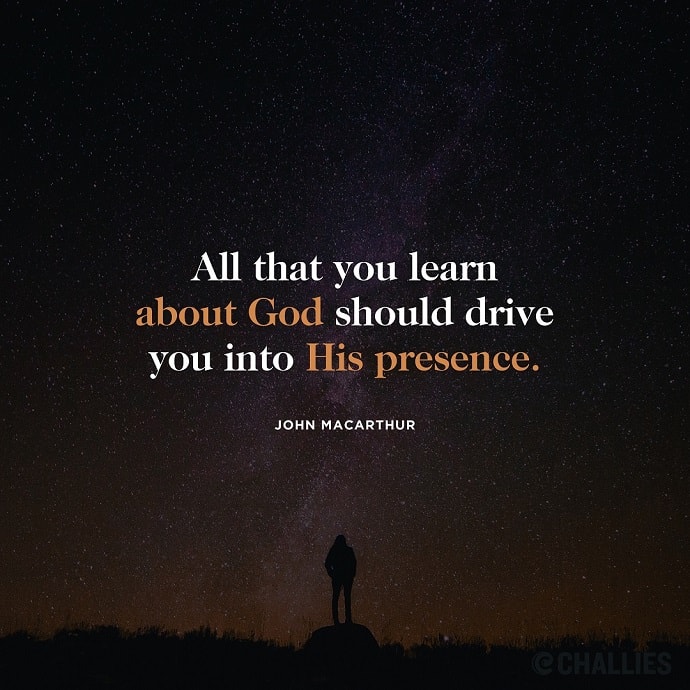 All that you learn about God should drive you into His presence. —John MacArthur