I read this quote a few weeks ago and have often pondered it since then: “It is very likely that more Americans can name the four Hogwarts houses than can name the Gospels.” While there’s no proof of it, I expect it’s probably true. And it highlights the Christian’s evangelistic challenge, doesn’t it?

Today’s Kindle deals include a book on how to think, rather an important topic (I think).

A D.C. Church Shows How to Fight for Religious Freedom

I know some people will accuse me of being anti-MacArthur for sharing this one, but if we can just set that idea aside (I love and admire MacArthur and am sure he has done what he deemed good and necessary in his context) I think there are some good takeaways from David French’s article about Capitol Hill Baptist Church and their recent victory in the courts.

Worse Than We Think

What’s Total Depravity all about? This article will get you oriented.

This one is probably worth thinking about. Is it possible that some of us don’t build relationships with our neighbors because we don’t really like our neighbors?

What Do You Do When You Struggle to Pray?

“Every Christian knows the feeling. You know you need to pray, but the words don’t come to you. Then you finally begin grunting out a few words, but God feels distant and you suspect your prayers stopped at the ceiling. Then you feel guilty because you struggle to pray and it quenches your prayers even further leading to a vicious cycle of guilt, shame, and confusion. We don’t have to be stuck in this position. Here are four basic truths that you need to remember when you struggle to pray.”

Your Will Be Done

Speaking of prayer, what’s wrapped up in that simple phrase, “your will be done?”

Does God Require Obedience for Salvation?

Michael Horton says God requires obedience for salvation. If that sets off alarm bells, then read the article and see what he means.

Do We Grieve Over False Teachers?

Lara asks whether we grieve over false teachers and their pernicious doctrines.

…a marriage cannot thrive where a couple has subjects that remain off-limits, where relational intimacy can exist only if certain subjects never come up. Learn to talk to your future spouse about anything and everything and be concerned if subjects remain off-bounds. 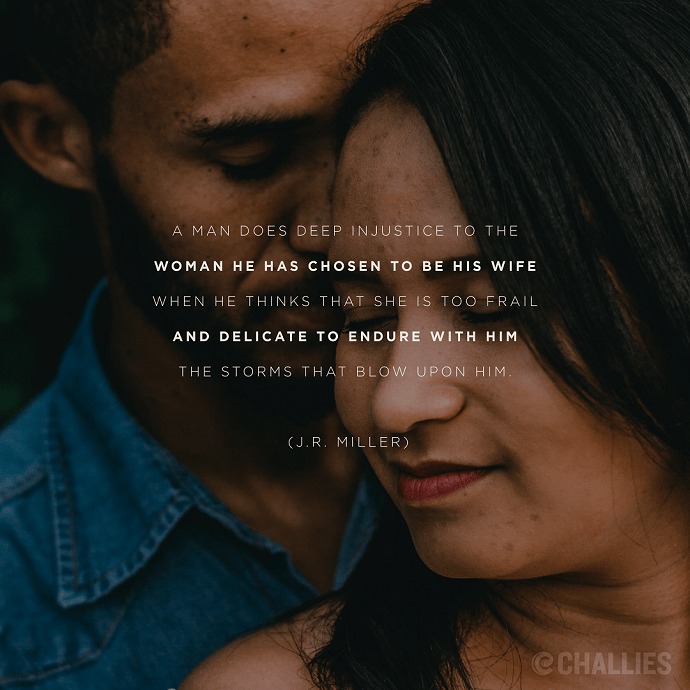 A man does deep injustice to the woman he has chosen to be his wife when he thinks that she is too frail and delicate to endure with him the storms that blow upon him. —J.R. Miller