My book Seasons of Sorrow releases today. Thanks so all who have purchased it already or who will do so today or in the days ahead. It is my prayer that the Lord will use it to bless and strengthen his people. (Be sure to also listen to the song inspired by it.)

Today’s Kindle deals include a number of interesting titles.

(Yesterday on the blog: Are You a Peacemaker or a Troublemaker?)

We are inclined to gripe about Big Tech, but this article from Philip Jenkins reminds us that it also delivers some incredible abilities. “I research and publish a lot in history. The more I do, the more struck I am – astounded would be a better word – at the revolution wrought by Google and other search engines.”

Questions to Ask Yourself Before You Apply a Passage to Others

“Some expositors and exegetes are gifted at applying Scripture. It’s as though these communicators have read our minds. They seem to effortlessly connect a text to our experiences and emotions. I envy them. Application doesn’t come easily for me. I have to work at it.” Me too. And here’s some help with it.

The doctrine of the believer’s union with Christ (video)

Sinclair Ferguson briefly summarizes the doctrine of the believer’s union with Christ.

What Does the Bible Say About Transgenderism?

Kevin DeYoung: “Some would argue that the Bible says nothing about the explosion of the transgender phenomenon in the Western world. After all, there is no verse that says, ‘Thou shalt not transition from a man to a woman.’ But neither are there any verses that talk explicitly about gun violence, anorexia, waterboarding, fossil fuels, vaccines, GMOs, or HMOs. We should not expect the Bible to speak in 21st century terms to every 21st-century eventuality.”

The Key of knowledge

Janie B. Cheaney: “Constructivism is an intellectual trend that overtook the university around the middle of the last century. Deconstruction, postmodernism, and critical theory (with its many offshoots) are its ideological spawn. Even if you’re not familiar with those terms you may confront them daily, because constructivism became the foundational doctrine of today’s education establishment.”

Why Church is Often Boring

“Church is often dull because we think about it like secularists, not according to scripture.”

In his book Fool’s Talk: Recovering the Art of Christian Persuasion, Os Guinness portrays three types of fools in the Bible: The Fool Proper, The Fool Bearer, and The Fool Maker. I found it a fascinating discussion. 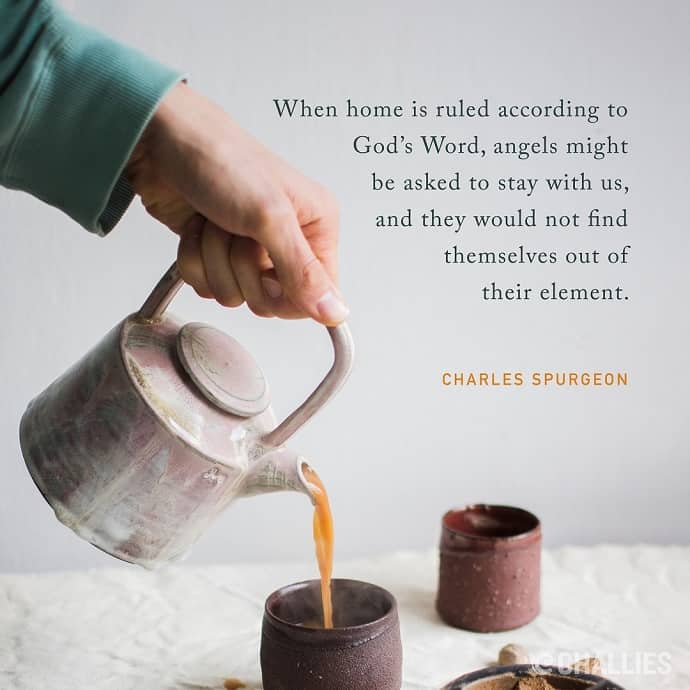 When home is ruled according to God’s Word, angels might be asked to stay with us, and they would not find themselves out of their element. —Charles Spurgeon