“Let the heavens be glad, and let the earth rejoice, and let them say among the nations, ‘The LORD reigns!’”

As is so often the case, I dug up a few Kindle deals that are worthy of a look.

(Yesterday on the blog: God Has Found You Faithful)

Be Worthy of Your Gray

Andrée Seu Peterson: “Scripture says men are held in bondage all their lives by fear of death (Hebrews 2:15). And women by fear of gray. The secret is that once confronted, the boogeyman is not so formidable after all.”

When No One Is Watching: The Heart of a Christian Remote Worker

Reagan Rose has an article meant to challenge those who work from home. “If we’re being really honest, at times we’ve all taken advantage of the remote work arrangement in a way that felt less than honest. The problem, however, isn’t that remote work makes us lazy workers. It just makes it easier to get away with.”

Who Will ‘Stand in the Gap’?

D.A. Carson tells of a particularly important verse. “I do not have a ‘life verse,’ or even a favorite Bible verse. That is not a criticism of those who enjoy such blessings; it may even be a confession that in some domains I have a short attention span. But I would find it easier to list a hundred (or a thousand!) verses that have shaped my life in some significant way than to list one that can claim exclusive influence.”

More Concerning News on Social Media and How It Influences Us

“I’m very concerned about social media, where it is taking us, and how hard it is to extract ourselves from it, even if we want to. Worse, many of the platforms seek to get their users hooked, and data suggests they are downright harmful in a number of ways. I’m beginning to start thinking about ways to reduce how much I rely on these platforms.” Many of us share such concerns.

If a Tree Falls in a Forest?

“The woods looked like a maze of intersecting lumber.  Limbs, torsos of torn trees, and scattered boughs needed to be cleared. Power saws buzzed in nearly every direction. As I walked I found myself humming an old Fanny Crosby hymn, Rescue the Perishing. ‘Rescue the perishing, care for the dying. Jesus is merciful. Jesus will save.'”

Why Are So Many Young Childless Men Getting the Snip?

There is something so very tragic about this. “Often the reason that men are giving to Dr Low, who often asks them to consider their options before going ahead with the surgery, is that the world is running out of hope and why would you want to bring a child into it? Hope has gone. Climate change, sustainability issues, warfare, massive political upheaval. What’s the point of dumping that all on a young person? Won’t they hate you for it anyway?”

How Do I Read the Old Testament Historical Books Devotionally? (Video)

Dr. Peter Lee answers in this brief video from RTS.

Flashback: The Depth of My Depravity

You don’t know how deeply sinful you are by your unrighteousness deeds, but by your rejection of God and his grace. That is the most serious, heinous, and damnable sin of them all. 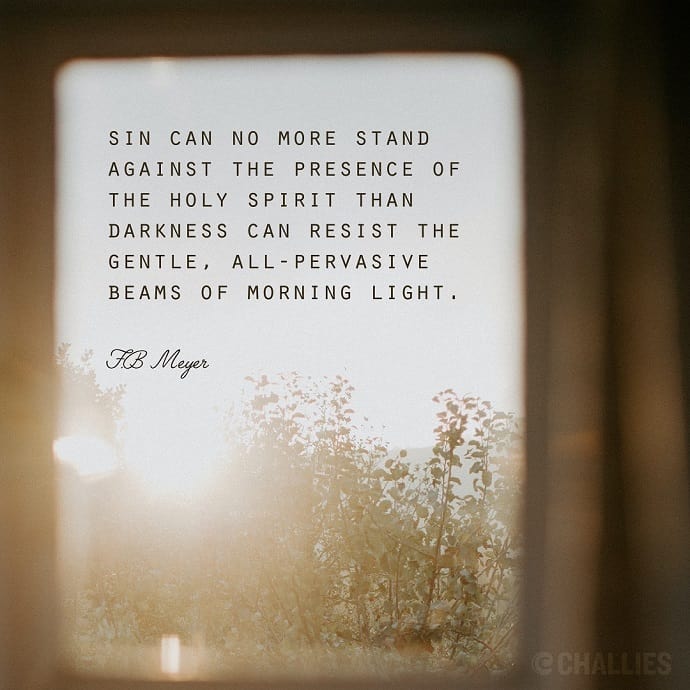 Sin can no more stand against the presence of the Holy Spirit than darkness can resist the gentle, all-pervasive beams of morning light. —F.B Meyer