Today’s Kindle deals include two classics as well as one newer work that, though I’ve not read it, is said to be excellent.

Why Was Baby Jesus Laid in a Manger?

“This time of year, the words roll right off the tongue. And every child’s first question is: What is a manger? When the teacher explains that it is a feeding trough for animals, the astute youth then wonders: Why was the baby laid there?” The question is well worth asking.

“Materialism begins with our beliefs. Not merely what we say we believe—not our doctrinal statement—but the philosophy of life by which we actually live. So even though true Christians would deny belief in the philosophical underpinnings of materialism (they couldn’t be Christians if they didn’t), they may nonetheless be preoccupied with material things. Materialism is first and foremost a matter of the heart.”

The Moral Universe of Timothy Keller

Here’s a long and interesting article on Tim Keller from The Atlantic.

Carving Out a Niche for Micro-Congregations

This just seems like such a bad idea. Isn’t the point of church that it draws together people who are different, thus proving the power of the gospel in giving unity?

What Facial Recognition Steals From Us (Video)

“There’s a massive bait-and-switch at the center of facial recognition technology.” There is, indeed. And we need to be awfully careful about what we’re wading into here.

An Embarrassment of Love

This is a beautiful tribute to the love of a husband for his wife.

A Global Look at Complementarianism

What Are the Most Popular Bible Verses in 2019?

“In 2019, Bible readers were looking for reminders not to worry and comfort from traditional places.”

Flashback: Moroni From the Realms of Glory

You’ve got to be careful what you share online. What looks good at a glance may harbor some deep concerns. 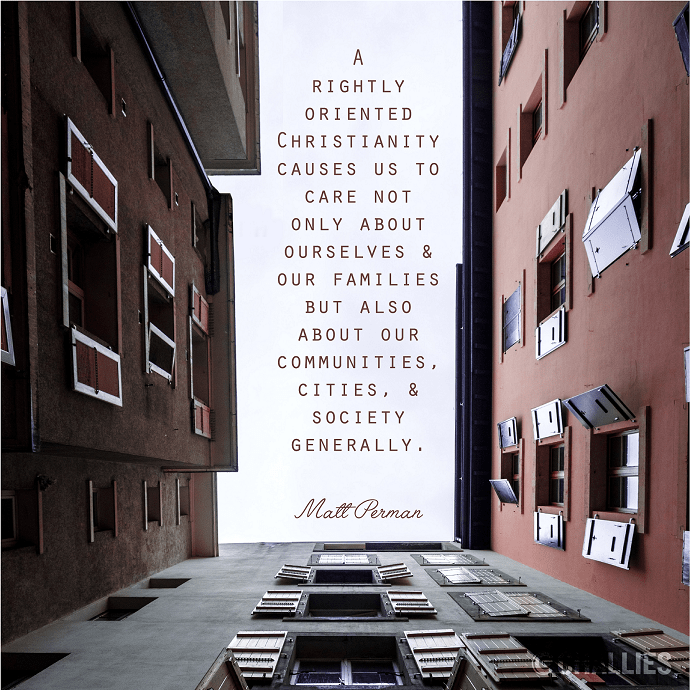 A rightly oriented Christianity causes us to care not only about ourselves and our families but also about our communities, cities, and society generally. —Matt Perman