Another day, another brief selection of Kindle deals, including a couple of classics.

David Powlison died yesterday at the age of 69. I did not know Powlison well, but in our few interactions, what stood out to me was his kindness. He was a kind and gentle man. Justin Taylor has a thorough obituary in which he tells about the man and his legacy. (Also see Jeremy Pierre’s Biblical Counseling and the Legacy of David Powlison.)

Why Are Calvinists So Mean?

Jared Wilson answers a perplexing question. “The stereotype of the mean Calvinist exists for a reason. There’s a reason, after all, that clichés become clichés. If you spend any time in evangelical social media or have a more traveled experience in evangelical churches, you’ve been on the receiving end of a mean Calvinist before.”

Sometimes we just need to stoke that fire a little…

Churches of Peace: The Churches That Defied The Holy Roman Emperor

What a fascinating little bit of history. “In the towns of Jawor and Świdnica, in the Silesia neighborhood of Wroclaw, Poland, stand two magnificent timber-framed churches. The Holy Roman Emperor who ordered them built never expected to see them completed. In fact, he never wanted them built in the first place, for they were Protestant churches.”

Brexit Did not Cause Brexit

Carl Trueman explains some of what’s going on in Brexit. “The fact that the E.U. did not emerge from the democratic desire of Europe’s various peoples or their cultural commonalities is a problem. The union can be no stronger than the cultural ties between its constituent peoples; and they are not strong. The oft-trumpeted model of the United States simply does not apply. Europeans do not share a common language, and their common history is one of conflict, not unity in the face of a common foe.”

This fascinating article charts Uber’s path of destruction as it became what it is today. “An examination of Uber’s economics suggests that it has no hope of ever earning sustainable urban car service profits in competitive markets. Its costs are simply much higher than the market is willing to pay, as its nine years of massive losses indicate. Uber not only lacks powerful competitive advantages, but it is actually less efficient than the competitors it has been driving out of business.”

Why We Go To Church on Vacation

I echo this. Whenever possible, go to church while you’re on vacation. There will be unexpected blessings and benefits.

I found myself wondering: Could there be anything related to Protestantism in the world’s most Catholic city? Feeling mischievous, I did some research, talked to a few people in the know, and decided to go looking. 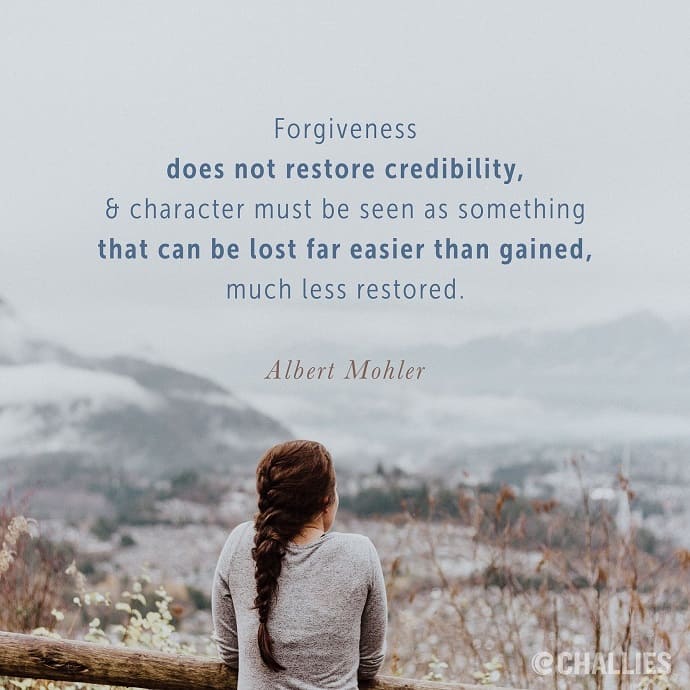 Forgiveness does not restore credibility, and character must be seen as something that can be lost far easier than gained, much less restored. —Albert Mohler