Today’s Kindle deals include several books from RHB and a classic systematic theology.

If you are or ever have been a fan of Christian music, you probably won’t know what to do with this information any more than I did. “Kevin Max (dcTalk), John Schlitt (Petra), Billy Smiley (Whiteheart) and Dan Haseltine (Jars of Clay) have united to form the CCM ALL STAR REVIEW.”

(Yesterday on the blog: What I Pack In My Spiritual First Aid Kit)

In Praise of Faithful Endurance

“Whether you are a pastor or not, there is a profound treasure of the gospel the world can only see through people who commit to faithful endurance in the local church. How else will the world know God does not give up on his people unless they see God’s people faithfully committed to one another? How else will the young believer understand how to persevere in trials and suffering unless they see pastors and people enduring conflict together? Where else will the reality of forgiveness, mercy, and growth be lived except among people who practice faithful endurance together?”

A Fresh Look at the 5 Missionary Martyrs in Ecuador

It has been interesting to read about this reevaluation of the five missionary martyrs in Ecuador.

Marvin Olasky: “The 20th century was a century of education. We learned what happened when ambitious politicians from 1917 through 1949 in three of the world’s most powerful nations—Russia, Germany, and China—used socialist hopes to gain power. Soviet socialism probably killed 20 million and Chinese socialism 65 million. The butcher’s bill for Germany’s National Socialists (commonly known as Nazis) may have totaled 70 million lives. … When will those who hear socialism’s siren song ever learn? Maybe listening to Venezuelans recently arrived in Doral will help.”

A Tree Between Two Mountains

This is some good writing. “We must not fall into the trap of only seeing God on the mountain tops of life; falsely believing that if we soak enough of Him in in those moments it will sustain us until the next peak. God is in the valley also. God is in the dry and barren places. God meets us in the shadow of the Broom tree. There, as he does in all places, God sustains us with what is needed for the journey ahead.”

A Ministry Required to Host Gay Weddings at Rented Facilities?

Randy Alcorn discusses some of the difficult decisions Christians may have to make in the days ahead. “Our ministry is setting up a retreat center for Christian leaders, and has the opportunity to long-term lease some beautiful facilities on government property. However, their requirement is that the general public also be able to use the facilities, which are currently used for weddings. We may not be able to eliminate weddings, and are concerned because we do not want to host gay weddings, which would violate our convictions. What are your thoughts?”

This is quite a historical discovery in Alabama. National Geographic reports: “The schooner Clotilda—the last known ship to bring enslaved Africans to America’s shores—has been discovered in a remote arm of Alabama’s Mobile River following an intensive yearlong search by marine archaeologists.”

Flashback: Can You Help Me Find a Good Church?

It may be the email I get more than any other: Can you help me find a church? Sometimes I receive it when a person has come to new theological convictions and realizes that his current church is completely unsuitable, but far more often he has just moved across the country or across the world, has settled into his new home, and has now started the search for a new church. 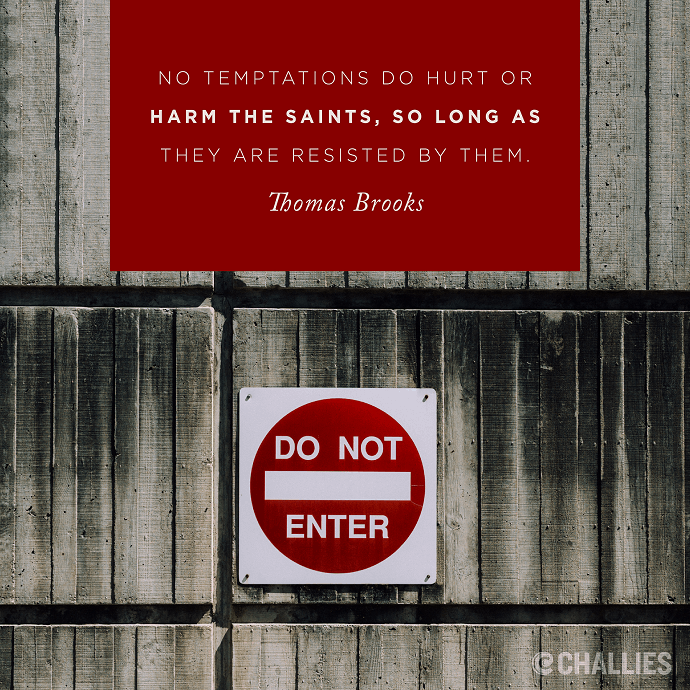 No temptations do hurt or harm the saints, so long as they are resisted by them. —Thomas Brooks