Today’s Kindle deals include a few books that, as far as I know, only rarely go on sale.

(Yesterday on the blog: Pastoring Is So Much More Than Preaching)

Lisa LaGeorge tells why John Newton has become her friend. “Newton is special, and he makes me think, but I love him more because he communicates in such a way that makes me want to be more like Jesus. As he said of another preacher, ‘he not only informed my understanding, but his discourse inflamed my heart.’”

This is an interesting video that compares two massive companies: FedEx and UPS.

How Should a Pastor Do the Work of an Evangelist?

“Do the work evangelists do. Probe their conscience with God’s law. Show them their sin and danger. Press home the realities of eternity and point them afresh to Jesus for their hope and righteousness. Charles Spurgeon believed that though he went to church hundreds of times as a child he never once heard explicitly how a sinner was to be saved. That ought not to be the testimony of an unbeliever sitting regularly under our ministry.”

Why Is the C-Section Rate So High?

“Every day, roughly 10,000 babies are born in the United States, and about a third of them are born via Cesarean section. This share has gone up significantly over time, and many in the scientific community believe that it’s higher than is necessary. Increases in C-section rates have not translated to healthier moms or babies. Although it’s impossible to know the ‘necessary’ rate with real precision, the World Health Organization says it is closer to 10 or 15 percent.”

It’s brief and to-the-point, this. But it makes a key point. “The Corinthian church boasted about its tolerance of the incestuous man who was permitted to retain membership and acceptance within the Corinthian church. They were congratulating themselves for such open-mindedness when they should have been weeping. Their tolerance was beyond even what Roman law allowed.”

Courage, Brother, Do Not Stumble

Speaking at a conference with Alistair Begg last week, he mentioned this hymn, which was written by and for pastors. I love the repeating line and the simple wisdom it contains: “Trust in God and do the right.”

Flashback: Why You May Be Tempted To Neglect Your Church

God has made you part of a body, and you need the rest of that body to function well. When you neglect to meet with God’s people, you deny yourself the gifts he has given them—gifts that bring him glory when they use them for your good. 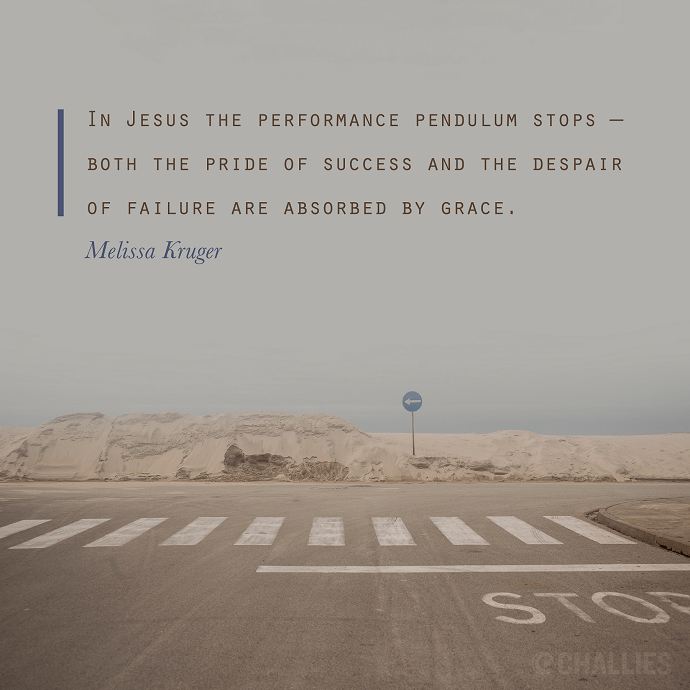 In Jesus the performance pendulum stops — both the pride of success and the despair of failure are absorbed by grace. ―Melissa Kruger