Planet Earth is widely regarded as the greatest nature or wildlife series ever produced. Says David Attenborough in the opening moments, “A hundred years ago, there were one and a half billion people on Earth. Now, over six billion crowd our fragile planet. But even so, there are still places barely touched by humanity. This series will take you to the last wildernesses and show you the planet and its wildlife as you have never seen them before.” And it proceeds to do just that, finding and filming some of the most exquisitely beautiful locations on the planet. The scenery, the panoramas, the creatures are absolutely breathtaking.

While the producers of the series are not Christians (or do not claim to be Christians) and while the films were not meant to draw attention to God, as I watched them I was continually drawn to marvel in the greatness of the Lord. As the films provided a tour of so many beautiful locations and as they gave close-up shots of such incredible creatures, I saw the hand of a Creator. I saw it everywhere.

I’ve since often reflected on what I saw in the series and eventually wrote down a list of some of the things I learned about God through Planet Earth. And today I’ll share that list with you.

I learned that our God is…

…A God of Variety 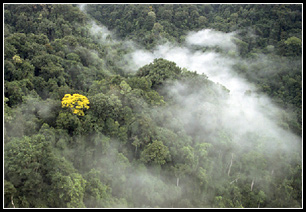 As a web designer I know a thing or two about design. I know about the demands placed upon those who seek to design. I know that it is not nearly as easy as it may appear. Sometimes creating even just two or three variations on a similar theme taxes my creative abilities to the max. A few hours of design work on a theme can leave me tired and burned out. Design inspiration can go missing for long periods and may show up only in isolated bursts.

But God is not so limited. In Planet Earth we see stunning variety in plants, animals, and landscapes. There are animals we’ve grown accustomed to—the ones we see around us every day—and there are animals the likes of which we can barely even imagine. There are plants of every kind, every color, every size. From beginning to end, this series showcases diversity. It shows God as a lover of variety. God could easily have created just a few animals or a even just a few types of animals. But He went far beyond, creating far more creatures and plants than anyone has ever been able to count. The diversity is almost unimaginable.

God’s emphasis on variety in what He has created teaches me that He also loves variety in other areas. God has not created humans to resemble one another in gifts and talents any more than He has created all of us to look the same. God is pleased with who He has made us to be.

…A God of Beauty

God did not make a world that is drab and uninteresting. Instead He made a world that is dazzling in its beauty. Plants, animals, and landscapes can cause us to gasp in wonder. Who but God could have created such beauty? He created a world of untold beauty and created us so we could enjoy it with Him. He created this world and declared that it was very good. Planet Earth shows us the world’s beauty in ways that were previously impossible and unimaginable.

Humans are drawn to beauty, and little wonder as we are created in the image of the one who designed beauty. Beauty is something that flows from the character of God and in pursuing and enjoying beauty, we imitate the One who made us.

…A God of Detail

God overlooked no detail in creating this world. While humans like to declare that certain parts of our bodies are unnecessary or left over from some far-off evolutionary process, nature offers us no such hints. In Planet Earth we cannot help but see the beauty of God in the details—in the tiniest microbes and the largest mammals. God created this world to function perfectly, down to its tiniest and seemingly least significant parts. 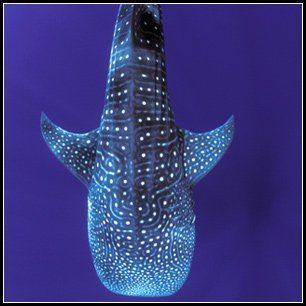 If God has seen fit to be involved in the tiniest details of the tiniest creatures He has made, how much more can we trust Him in the details of our lives. The same God who sees the sparrow fall is the God who is present with us as we seek to live our lives in accordance with His will. The God who has woven together this world is the same God who weaves together providence for our good and for His glory.

…A God of the Big Picture

As God watches over the sparrow and even the smallest details of our lives, so He weaves together the big picture. The big picture of creation and of history shows us a God who created us and, despite our sin, has redeemed a people for Himself. The big picture shows that everything in the world is unfolding exactly as God planned for it to. In the big picture as much as the small God will be glorified.

…A God of Pleasure

God is not a cruel taskmaster who wants only to push His people to do things they do not want to do. On the contrary, God takes pleasure in what He has made and He wants us to take pleasure in it as well. As we look at the world He has made, we can stop and look and ponder and delight in what He has done. We find pleasure in creation and ultimately in the One who made it all.

…A God of Laughter 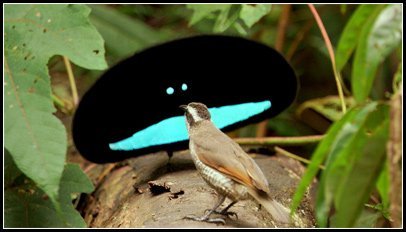 God takes pleasure in His creation, to be sure. But He must also sometimes enjoy what He has made for the humor it displays. Who can but laugh as he watches Planet Earth and sees the bizarre and hilarious mating displays of the ridiculous birds of paradise? Surely God must have a sense of humor to create something so entertaining and something so funny.

God does not wish for His people to go through life solemn and sour. Laughter is a gift from God and when we laugh at the sublime and the ridiculous we honor the God who made us to be people who laugh. And He made certain aspects of His creation funny so that we could join Him in laughter and delight.

…A God of His Word

The Bible tells us that God reveals Himself in what He has made. He reveals His existence, His power, His authority. He also reveals His wrath. In nature we see glimpses of what God created this world to be and glimpses of what it has since become. And we learn that God is a God of His Word. As Tennyson wrote so long ago, nature is red in tooth and claw. In Planet Earth we see the results of the fall into sin. We see animals destroying one another; we see humans destroying the creation. We see that God is not One to be trifled with. What He says is true. What He says will come to pass. God warned man of the consequences of sin, and man ignored the Creator. The world has been suffering ever since. 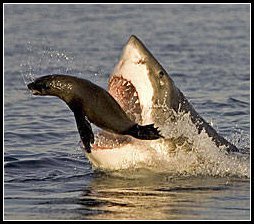 Creation testifies to the truth of what God tells us about sin and its consequences. If this is the case, we can also trust God when He tells us how we can avoid the eternal consequences of sin. The same God who saw man plunge this world into sin is the God who has provided salvation to those who would believe in Him. He is a good and a kind and a trustworthy God. He is worthy of our trust.

…A God of Redemption

Nature cries out for redemption—for release from its bondage. We cannot even begin to fathom the amount of death and destruction upon this planet—this planet where death was once entirely foreign and unnatural. Every day countless millions of animals are torn apart, suffering in agony as they fall prey to one creature or another. No creature is immune. Some may live for centuries, but sooner or later they go the way of all the earth; they die and decay and pass away. In every glimpse of a baby animal being torn to pieces and in every scene of terror and bloodshed our hearts cry out that this is wrong, this is unnatural. Somehow we know that death is a foreign state. And we ask, “when will the last drop of blood be shed?” We long for the final redemption of this world and its return to a state of perfection. Nature attests to the fact that death is wrong; and it testifies to the end of all that is unnatural. 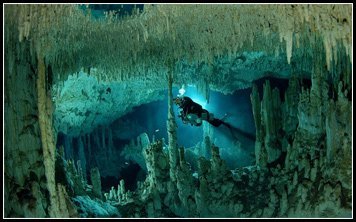 Planet Earth vividly shows that the world groans as it awaits redemption. And as we watch we, too, cry out for someone who can stop all of the suffering and destruction. Our hearts long for a redeemer!

…A God of Adventure

This world will be fully and finally redeemed. And when that time comes, we will have the inestimable privilege of enjoying an eternity exploring the wonders of the world He has made for us. The wonders will only increase as the sin is removed from us and as we enjoy access to every part of this planet. We will enjoy eternal adventures exploring the deepest depths and the highest heights of this amazing planet.

While we may love to explore even today, we know that even the most committed explorers can catch only a glimpse of the world’s wonders. But the time is coming when we will have unending opportunities to see the hand of a loving creator in every part of this world. But even now we can praise Him for what He has made and what He has done.

Some time ago I reviewed Planet Earth and its predecessor Blue Planet. Click here if you want to read that.