In Martin Luther’s hymn “A Mighty Fortress Is Our God,” the great Reformer penned these memorable words: “The Prince of Darkness grim, we tremble not for him; his rage we can endure, for lo, his doom is sure, one little word shall fell him.” One little word. One little word is all that stands between Satan and his complete destruction.

Satan may rule as prince in this world, but his reign is fragile. He can reign only as long as the King permits. We see a powerful glimpse of his fragile power in one of Jesus’ greatest miracles.

Jesus and His disciples have sailed across the Sea of Galilee and landed on the far shore. They have arrived at a place inhabited by one of the most pathetic and tragic figures we could ever imagine—a man oppressed by not only one demon, but an entire legion of them. He has been driven far beyond the brink of insanity. He lives in the tombs outside the town. He runs naked through the hills, crying out in agony, bashing and bruising himself with rocks, attacking anyone who passes by. Chains cannot hold him; friends and family cannot restrain him. He is under the full control of the powerful Prince of Darkness.

And then Jesus arrives. The very moment Jesus sets foot on the shore, this man comes running. He comes running, naked and bleeding and unkempt, and falls down at Jesus’ feet. He falls down in submission, in terror. One of those demons cries out and says, “What have you to do with me, Jesus, Son of the Most High God? I adjure you by God, do not torment me” (Mark 5:7). And just like that, the tables have turned. The powerful demons are quaking in fear of One infinitely more powerful.

I recently taught this story to children and told them this: Imagine you are outside playing when the neighborhood bully comes your way. He walks up to you, shakes his fist in your face, and says, “I am going to pound you.” You know he is too strong for you, so you grit your teeth and prepare to get hurt. But then suddenly his eyes grow wide, his expression changes—is it fear?—and a bead of sweat trickles down his face. He raises his hands in surrender, backs away, turns around, and runs.

What happened? You turn around, and just a little bit behind you, you see your dad. He is marching toward you and toward that bully. He is rolling up his sleeves. He is coming to your defense. That bully is powerless in the presence of someone much stronger than he is.

And this is exactly the situation we find here. The demons, who had held such power over this man, are utterly powerless in the presence of Jesus. With a word, just one little word, He drives them from that man, He sends them into a herd of pigs, and they are destroyed. And He does it all to prove this: Satan may be the prince of this world, but Jesus is the King. 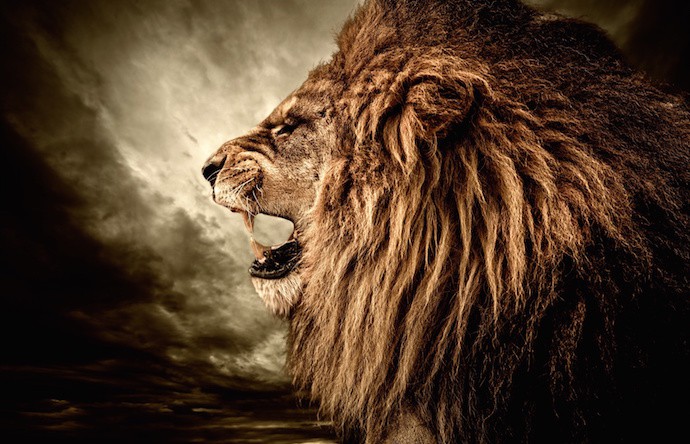