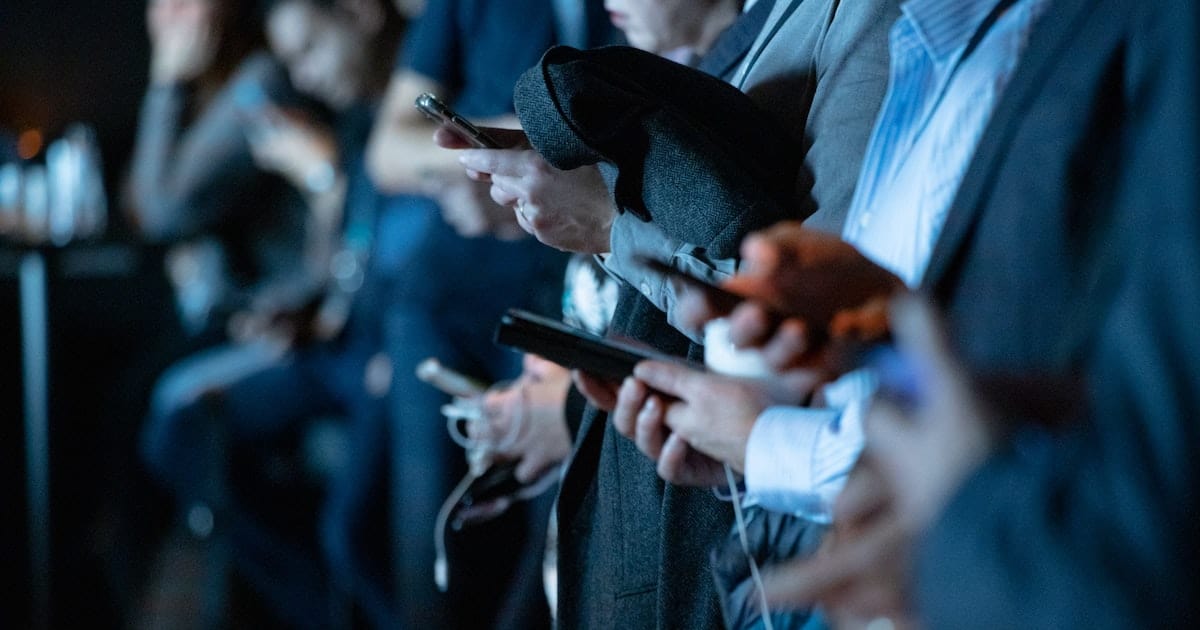 Every coin has a head behind a tail, every die a 6 behind a 1, every stamp a sticker behind a face. And in much the same way, every technology has a virtue behind a vice, a benefit behind a drawback, something beneficial behind something sorely detrimental. The television that supplies important news also promotes vile entertainment, the engine that provides propulsion also produces pollution, the nuclear fission that powers a city also risks destroying that city. Such is life and tech in a world marred by sin.

And in just that way, social media can be used for such good and such ill. It can display human beings at their best and worst, their most gracious and most condescending, their most humble and most prideful. The greater part of the blame lies not with the technology itself, but with those who use it, for social media does little more than display who we really are and repeat what we really believe. It is our hearts and minds turned outward in snippets of text, bursts of video, carefully filtered photographs.

Yet we should be careful not to overly-simplify, for social media has been deliberately designed to take advantage of our weaknesses more than our strengths, to reward pride more than humility. It fosters quick skimming more than deep reading, impulsiveness more than thoughtfulness, indignation more than wisdom. Solomon asks, “Do you see a man who is hasty in his words? There is more hope for a fool than for him.” But Facebook prompts every user at every moment, “What’s on your mind?” Solomon warns that “when words are many, transgression is not lacking”, but Twitter suggests at all times and in all occasions, “Tweet your reply.” He says, “The wise will inherit honor,” but on most social media platforms it is the boastful and combatant, the ungracious and lascivious who are seen and heard, who are honored and followed. The one who rules his spirit may be better than he who takes a city, but vice so easily becomes virtue on platforms that reward outrage more than self-control, harshness more than kindness, arrogance more than meekness.

Twitter and Facebook, Instagram and TikTok, a host of lesser and still-to-be-invented technologies—each provides an ideal mechanism for platform-building and self-aggrandizement, for promoting self while disparaging others, for displaying all manner of haughtiness and every kind of foolishness. But though we so easily see the drawbacks of these new technologies, they do still have many benefits. None are so far beyond redemption that they cannot be used in ways that will bless others and glorify God. Behind all the vices are many genuine virtues, for through social media we can say words that dry crying eyes, we can share quotes that raise drooping hands, we can upload videos that strengthen weakened knees. We can graciously engage with the lost and the hurting, we can gently challenge the straying and the wayward, we can carefully shore up the uncertain and the untrained. We can be present and active in these forums where people are taught, where ideas are discussed, where the great concerns of our age are debated. We can be where the people of this world gather so we can speak God’s truth with our mouths while displaying God’s love in our lives.

There is no time in human history in which it has been easy to display humility and no time in which it has been difficult to display pride. The challenge of social media is new only in the speed through which we can display such folly and only in the extent of the damage we can do through it. Social media has not created pride, but only created new avenues to express it. Yet the God who opposes the proud and gives grace to the humble certainly delights to grant us the humility we lack so we can be light when surrounded by darkness, so we can redeem what has been broken, so we can take advantage of every opportunity to profess the great truths of our great God.

This article was originally published in the January 2022 edition of Tabletalk magazine.