No Bible, no breakfast. Have you ever heard this little phrase? Has anyone ever told you to obey it? It’s a mantra that I have bumped into a number of times in the past few weeks. In one recent case a popular Christian leader held it up as a necessary motto for the believer, a basic mark of Christian obedience. He seemed to imply that godly people don’t eat their breakfast until they’ve read the Bible. He told how he holds to this rule and insisted that his followers ought to do the same. I cringed when he said it. I cringe just about every time I hear “No Bible, no breakfast.” 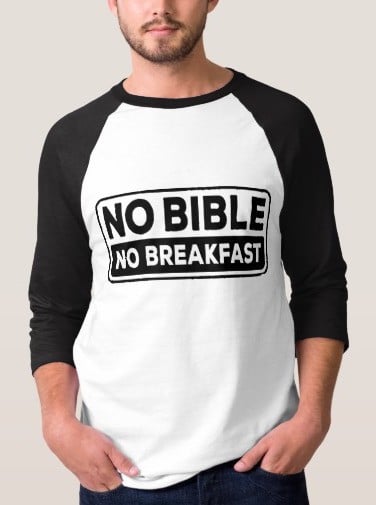 As I understand it, the phrase originated with the Chinese evangelist Leland Wang. He once wrote “I have lived by ‘No Bible, No Breakfast’ for forty-four years.” He explained that he instituted this personal rule after being convicted that he was too often willing to skip his daily Bible reading in order to catch a few more minutes of sleep. “I found an … effective means of ensuring my early reading. If I did not read at least one chapter to start the day, I did not eat my breakfast. ‘No Bible, No Breakfast’ became my motto.” It became his personal motto and was meant to ensure he would prioritize time in God’s Word. In this way the mantra is no different from any of the rules or principles you and I might implement to address our weaknesses and promote our sanctification. “No Bible, no breakfast” may be just the one you or I need to ensure God’s Word takes appropriate priority in our lives.

But like any other rule or any other principle, we need to be very careful how we apply it. We need to be cautious about how much weight we assign to it. The reason I so often cringe when I hear this motto is that some well-meaning Christians have made it a rule that begins to bind the conscience of other believers as if it is a sure mark of godliness. There is nowhere in the Bible where God insists that we must spend time reading his Word before we eat our first meal of the day. In fact, while we are told we must make the Bible a priority in our lives, there is not even a clear command to tell us that we must have a time of daily personal devotions. For this reason we have to speak cautiously and pastorally when using a phrase like “no Bible, no breakfast” lest we fall into the critique Jesus made of the religious authorities of his day: “They tie up heavy burdens, hard to bear, and lay them on people’s shoulders” (Matthew 23:4). What the Bible does not demand of us may prove to be a heavy burden to others. We may also forget that the rule does not exist because we are godly but ungodly–Wang created the rule because he was otherwise neglectful toward an important responsibility. It’s as much a marker of ungodliness as it is of godliness.

Wang himself seems to have understood the potential danger of his rule. He insisted that he instituted it “not as a law to bind me, but as a motto to remind me. For ‘man shall not live by bread alone, but by every word that proceeds out of the mouth of God’.” This was his rule to address his conscience and his weakness. He recommended it to others but seems to have understood that he would have been overstepping his authority to demand it of them. That is wise! We can all benefit from hearing how others apply God’s truth to their lives and the measures they take to promote personal godliness. But the benefit fades when we insist that others must take those same measures.

The biblical priority is not “reading before feeding,” but the primacy of God’s Word in the life of the Christian. For some people this priority is best expressed in reading the Bible before eating breakfast. For others, though, this is a difficulty or impossibility and for them the very same rule may bring unnecessary doubt or unfair shame. What represents freedom for some will represent captivity to others. So heed the rule if you can do so in freedom. Even recommend it to others if you think they would benefit from it. But, like Wang, ensure that it is not a law to bind you but a motto to remind you. 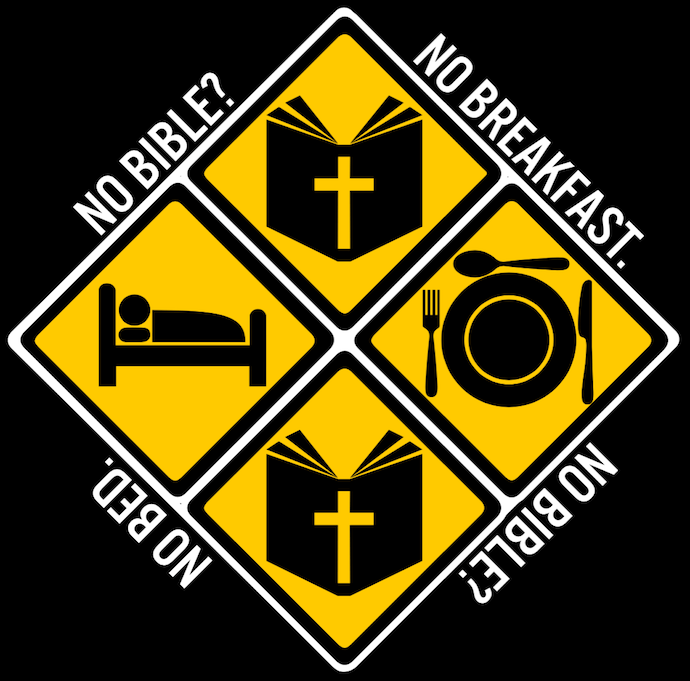