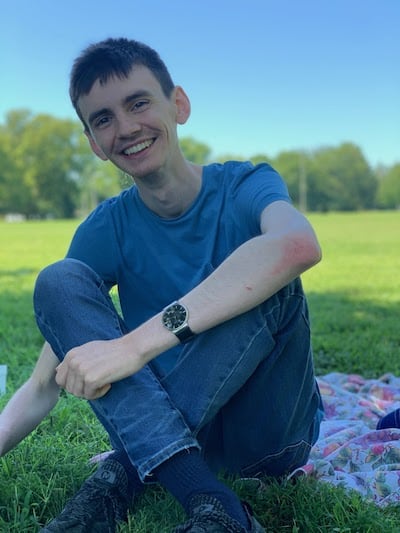 God called my son Nick to run only a short race. Some get 80 years. Some get 90. Nick got only 20. But he ran his short race well. J.I. Packer, a man whose race was very long, once said this: “My contention is that we should aim to be found running the last lap of the race of our Christian life, as we would say, flat out. The final sprint, so I urge, should be a sprint indeed.” That was my boy. He sprinted strong to the finish line.

When I visited his room to go through his personal effects I saw his name posted outside. “Nick Challies.” And someone had written an arrow pointing to some other words written nearby: “Tim Challies’ son.” They were teasing him about his “famous” dad, I’m sure. But as far as I’m concerned that arrow should run the other way. What it should say is, “Tim Challies: Nick Challies’ dad.” He’s a son that any father would be proud of. He’s a son that this father is immensely proud of.

Among his possessions, I found a pouch in which he had stored the stack of letters I had sent him through his college years. This one stood out, for what was true at that time and in that context, is most certainly true right here and right now. I can’t say it any better today than I did back then. 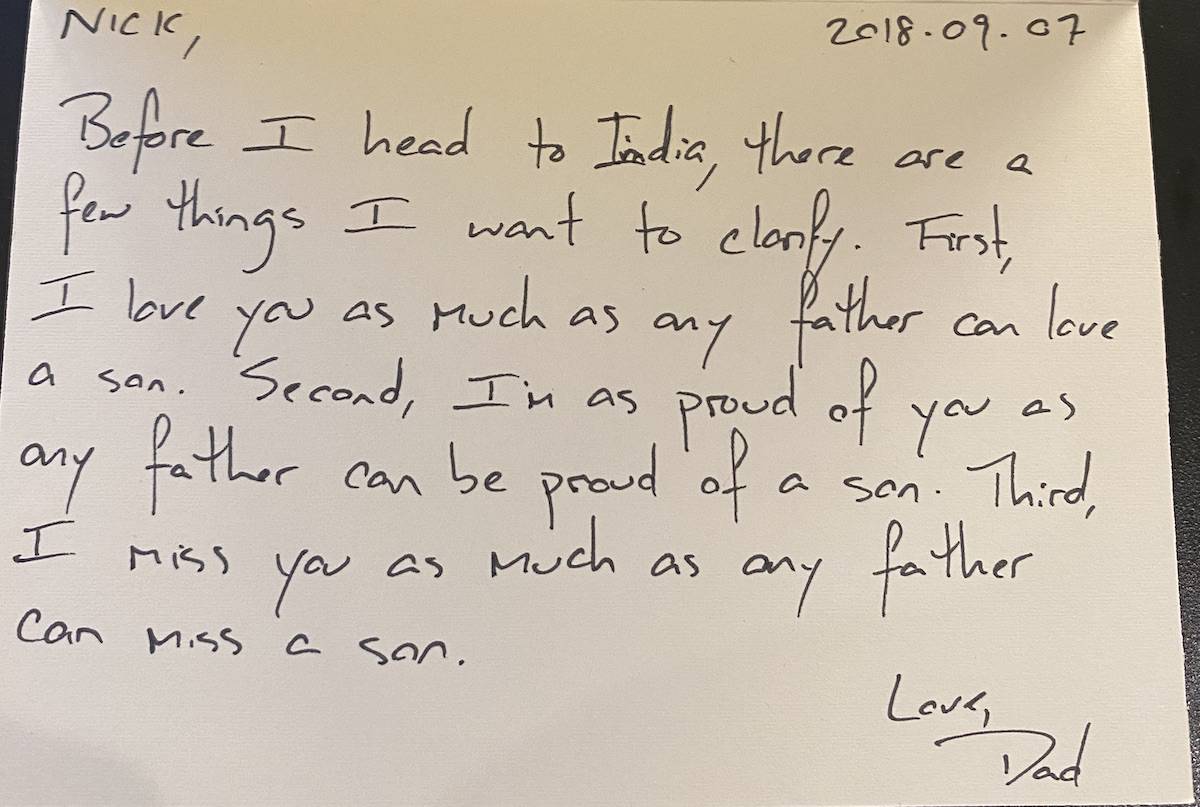