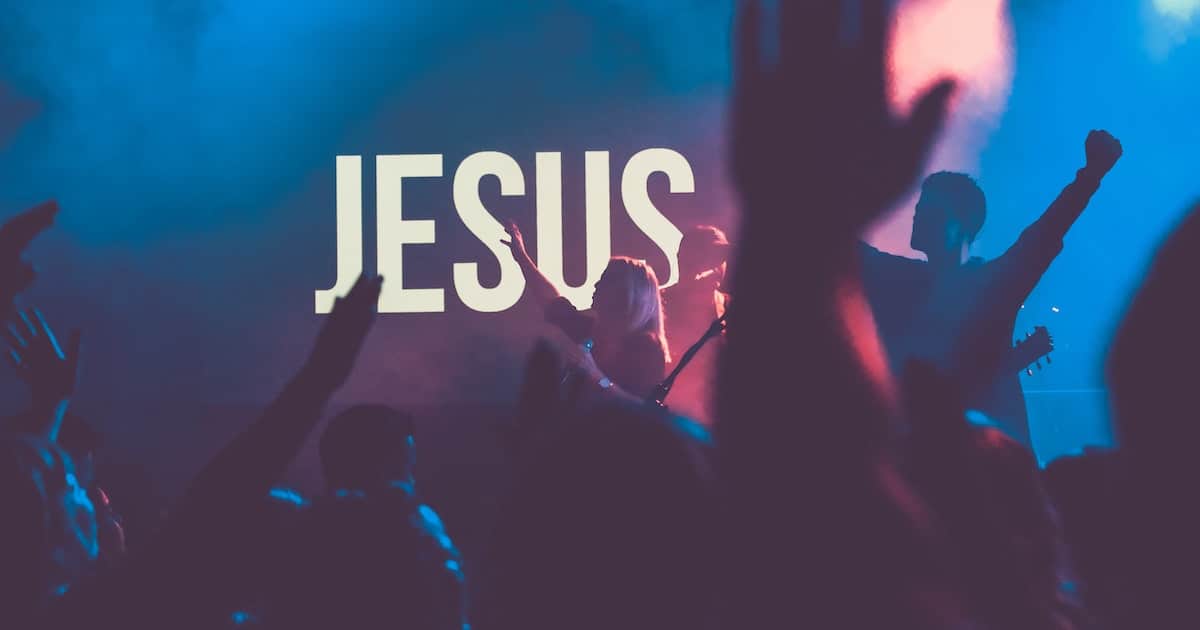 I tend to think the most difficult position to justify from the Bible is the one that seems to be in effect in a great many evangelical churches today—that music is at its best when there is a full band of skilled singers and musicians who play so loudly as to drown out the voices of the congregation. Where instrumentation was traditionally used to enhance the beauty of the music and help direct the singing of the congregation, today it often seems to dominate so that instead of using a band to complement and accompany the congregation, the congregation now merely does their best to sing along to a band.

A friend recently distinguished between two helpful categories: worship services that are performative and worship services that are participatory. A performative worship service is one that could merrily go on even if there was no one there but the people at the front of the room—the pastor(s) and the band. A participatory worship service is one that would have no meaning unless the congregation was present and doing their part. And while the congregation can and should participate in more than the singing (e.g. prayers, ordinances, responsive readings), they should certainly not participate in less than the singing. Yet this is the reality in so many churches today—singing is performative far more than participatory. In fact, the less we can hear the voices of the unskilled singers in the pews, the better the music is judged to be. Singing has gone from being the domain of the many amateurs to the domain of the few professionals.

The New Testament says precisely nothing about instrumentation in worship services and, like the majority of Protestants, I take this silence to allow room for wisdom and conviction. I have joyfully sung acapella in some churches and have joyfully sung with a full band in others. But if the New Testament is silent on instruments, it is clear on voices, and it seems to say that singing belongs to the entire church, not just to a band. In two of Paul’s epistles he states with clarity that we are to all sing when we gather for worship. We are to address “one another in psalms and hymns and spiritual songs, singing and making melody to the Lord” and we are to sing “psalms and hymns and spiritual songs, with thankfulness” in our hearts to God (Eph 5:19; Col 3:16). As good as instruments may be, voices are better, for voices express praise and worship in ways even the most skilled musician cannot.

Hence, it seems a reasonable conclusion that if we are to use instruments and lead vocalists, they should make it their task to serve the voices, not dominate them, not displace them, and not drown them out. And the voices should not be just the one or two skilled singers at the front of the room, but the entire congregation who together bear the responsibility for obeying God’s commands. It is the whole church, not just the best singers, who are to mutually encourage one another through the singing of psalms, hymns, and spiritual songs. And to do that, they must be heard! Their voices must not be drowned out by instruments, but rise above them.

So I say it is high time that churches emphasize participation ahead of performance. If the band is having a great time while the congregation is struggling to keep up, if the band is audible and the congregation silent, if two voices are being heard while hundreds more are going unheard, something has gone terribly wrong. It would be far better to sing without instruments than to have the church stay silent with them. It would be far better to turn off all instrumentation than to tune out all the voices. Serve the people as they sing, I say—serve the people as they sing of the gospel, sing for one another, and sing to the Lord—just as He commands.