I admit it: I use an electronic Bible. Better said, I use an electronic device that has a Bible app installed on it. Several years ago I put away my printed Bible in favor of Logos on my iPad. There is a lot I love about this: I love the convenience of being able to have my Bible with me at just about any time; I love the ease of needing just a single tap to take me from my Bible-reading plan to my Bible; I love the ability to sync my notes and highlights between devices. There are a lot of benefits.

Yet in this year of worldwide travel for that church history project I’m calling EPIC, I’ve been challenged to return to a printed Bible. What’s the best argument? Instead of telling you, let me show you:

A couple of weeks ago I visited Müller House in Bristol, England. Among their collection is one of George Müller’s Bibles. It is heavily annotated, especially in the section between the Old Testament and the New Testament where he appears to have sketched out a sermon. There was something about reading his Bible that was moving, especially as I read James 1:27, a verse that must have been very precious to him. (See video) 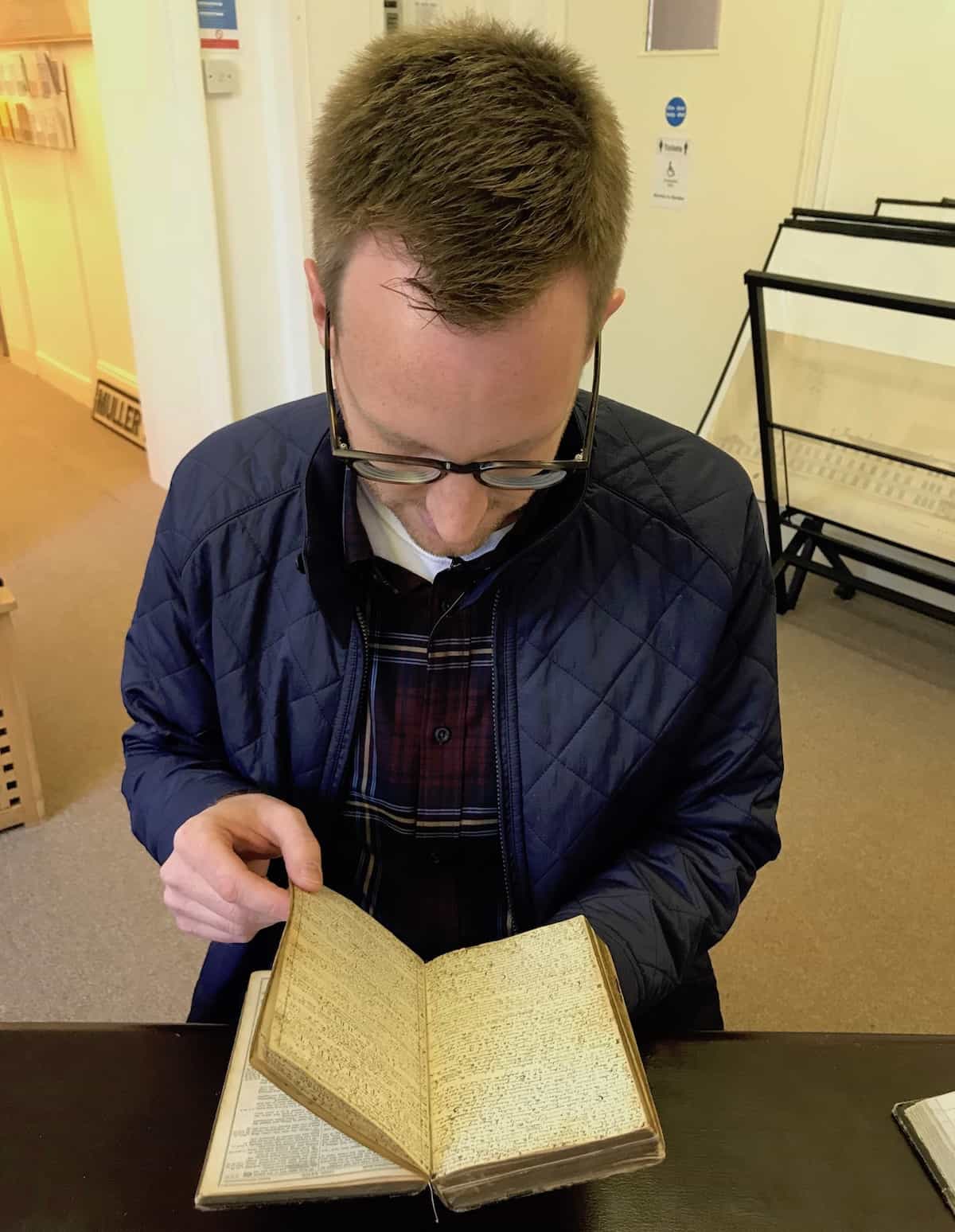 Earlier this year I was in Northern Ireland and was given access to Amy Carmichael’s Bible. It was a joy to read some of her notes, to decipher her constant annotations, and to see what parts of her Bible she most valued. (See video) 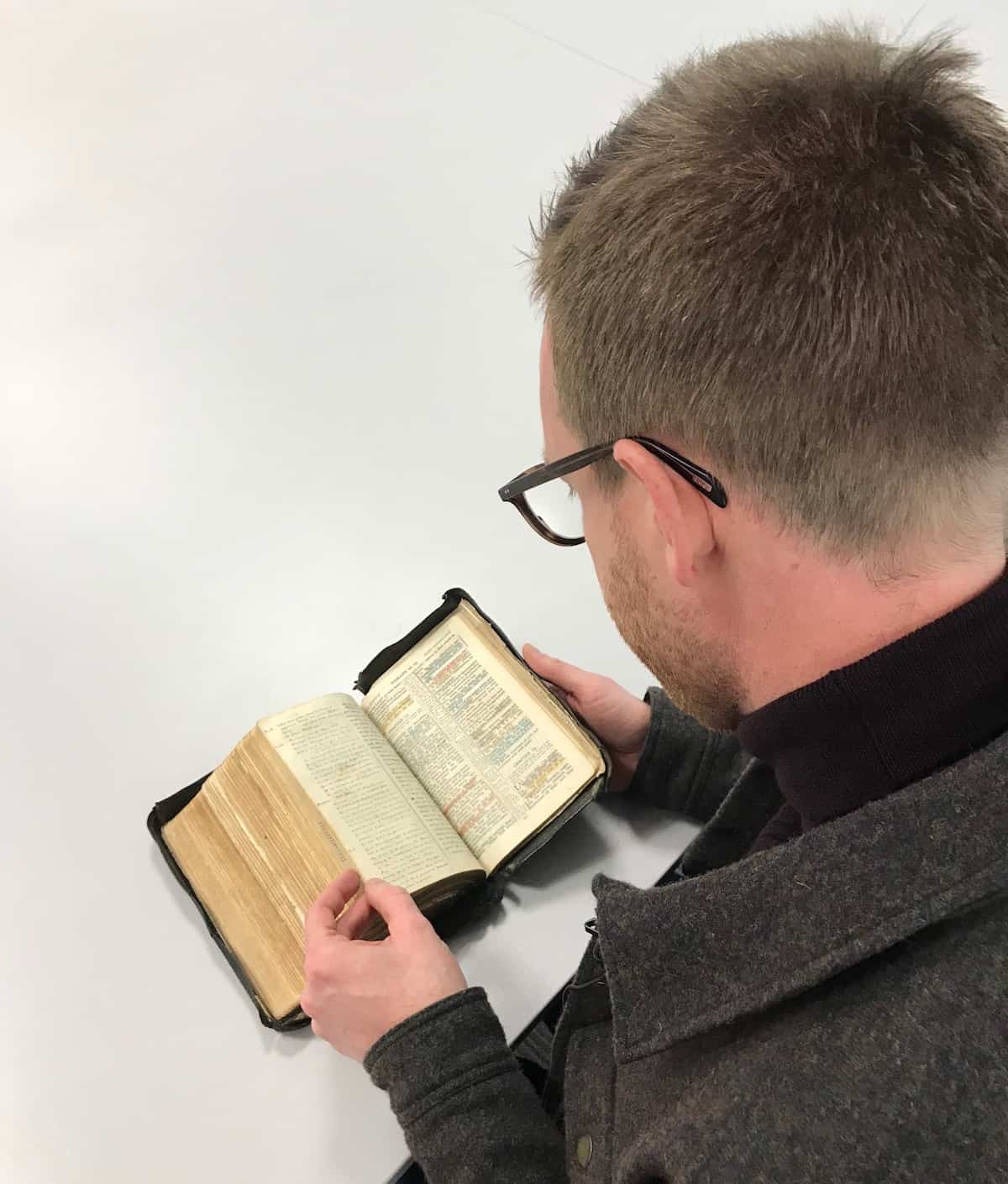 During that trip to England, and in preparation for a trip to India, I spent some time in one of Oxford University’s libraries that houses some of William Carey’s effects. And, sure enough, they have one of his Bibles stored in a box made from his cobbler’s workbench. This was the Bible he studied in his younger days as he learned to understand and preach the Word. It was especially interesting to see which sections showed evidence of heavy use and which did not. 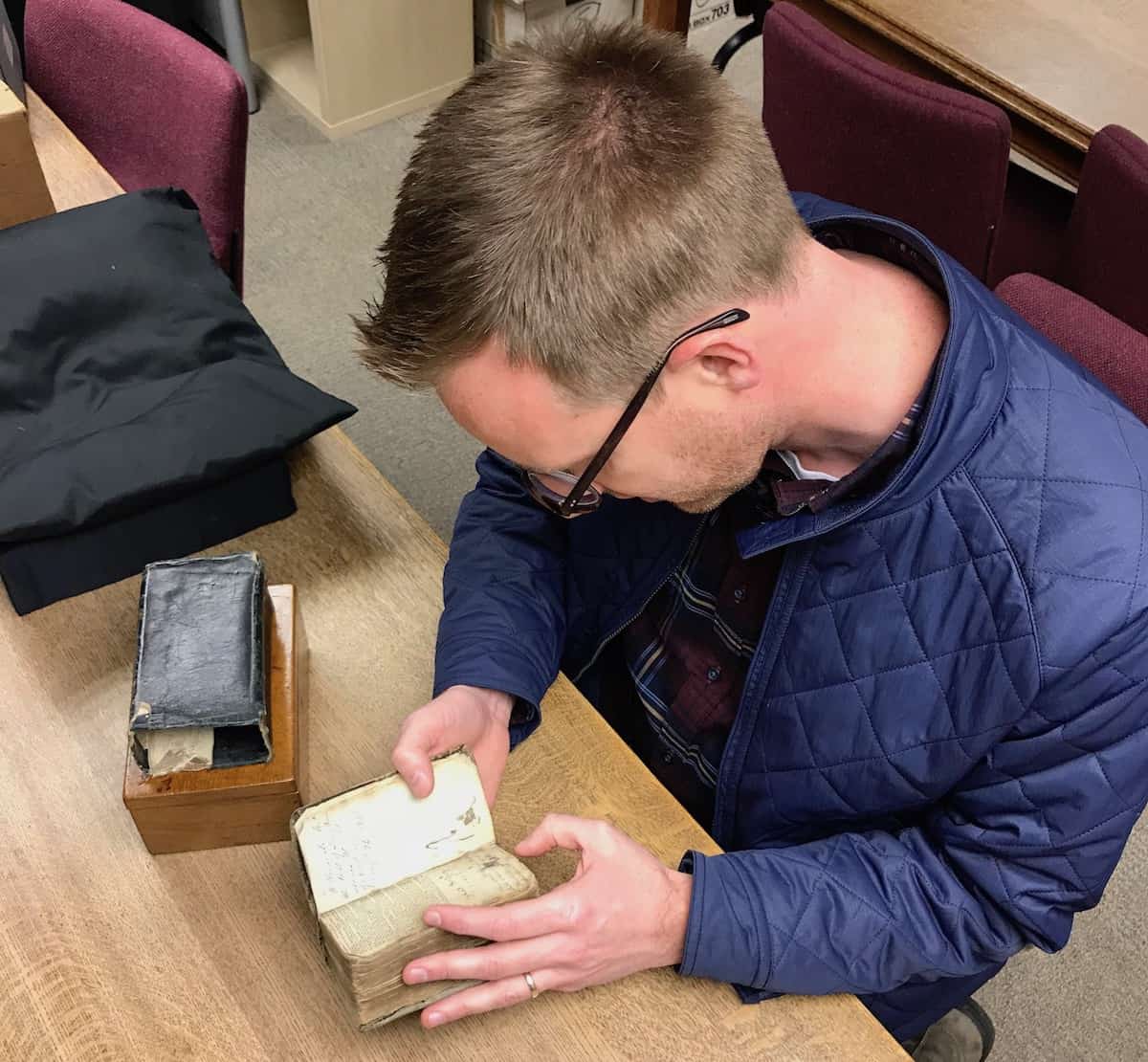 And here is another of his Bibles from a little later in life. 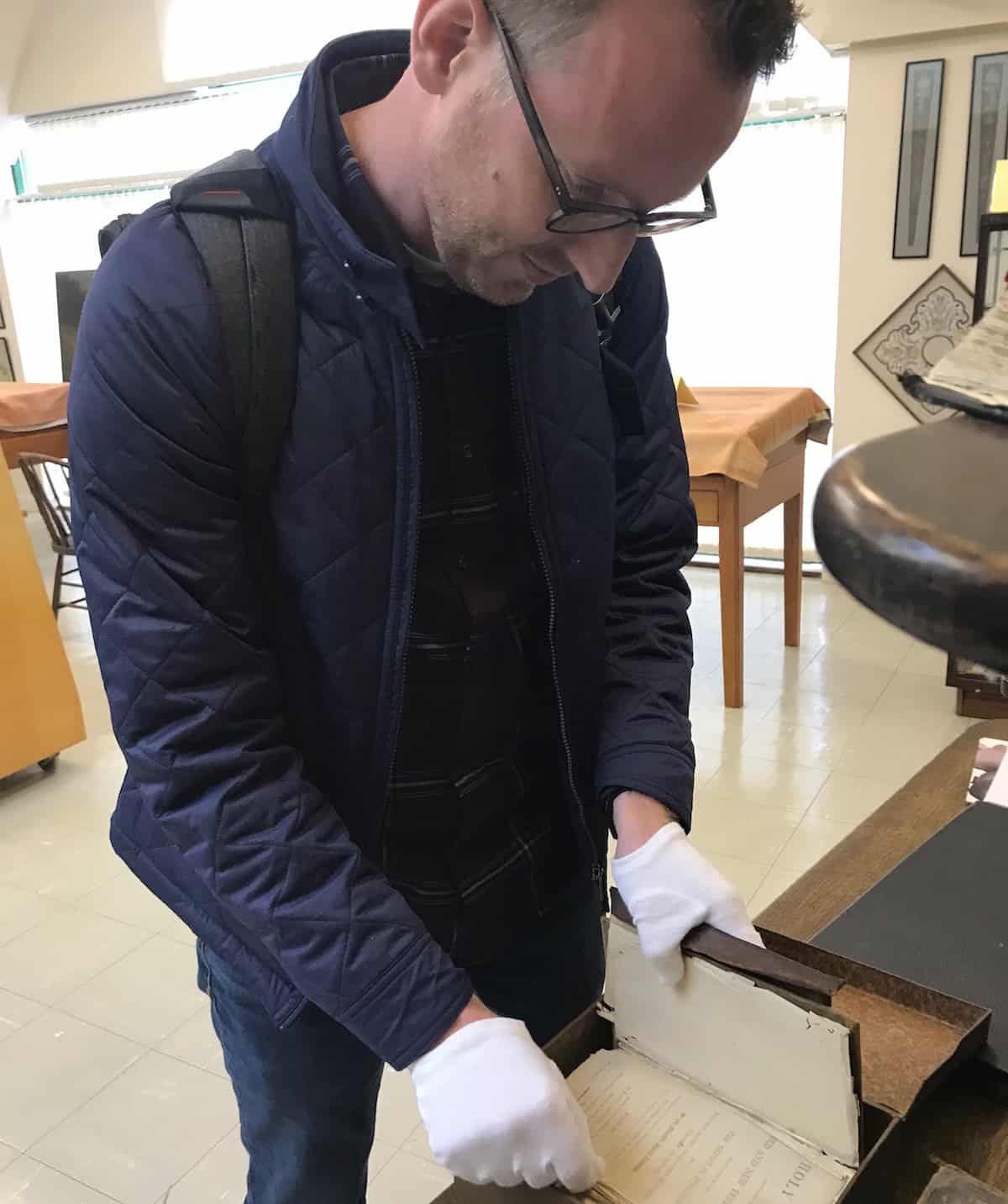 So what’s the argument for continuing to use a printed Bible? It allows you to leave behind a tangible link to your faith. When you have run your race and received your reward, your Bible will live on as a testimony to your interests, to your character, and ultimately, to your Christian profession. I’ve been reminded just how precious these old Bibles are. It has been an honor to see them and has made me consider the beauty and the value of leaving them behind. That’s something I just can’t do with my app and my tablet.

(The same is true, to lesser degree, of other key documents. Here, for example, are the minutes of the meeting in which the Baptist Missionary Society was founded. That organization would be used to send missionaries around the world and save countless souls. And it all began right here in the front page of this little journal. It’s a treasure!) 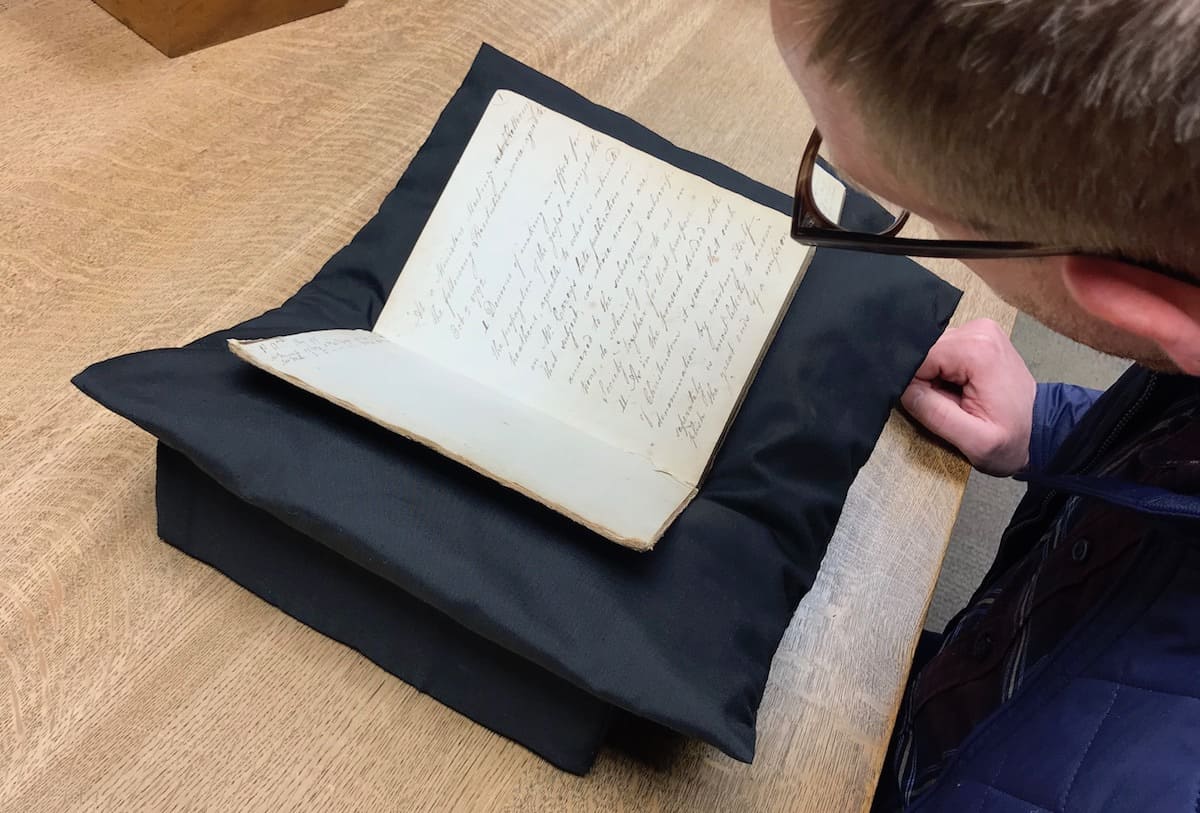