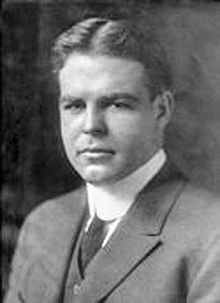 William Whiting Borden was a wealthy Christian philanthropist who had a particular passion for the Muslims of Northern China. Born in Chicago in 1887 to William and Mary, Borden’s family became wealthy through wise investments in real estate and the dairy industry. It was this family wealth that Borden would generously distribute before his death at the young age of 25.

Borden began attending Chicago Avenue Church (now The Moody Church) with his mother after she trusted Christ in 1894. It was as a young man under the preaching of the famous evangelist and writer Dr. R. A. Torrey that Borden professed faith in Christ and was baptized. His conversion left an indelible mark that would persist through the rest of his short life so that his friends and family would later attest he rarely wasted a minute of the time given him.

As a high school graduation gift his parents gave him a trip around the world and it was in this time that he developed a passion for mission. When Borden left home to study at Yale University, he led other students in times of prayer and Scripture reading. In fact, the movement spread so much that 1,000 out of Yale’s 1,300 students were meeting in similar groups by the time Borden graduated. During these meetings, the students would plan how they could reach all the students for Christ, and Borden was known to willingly take on the more hostile students. He also led Yale’s student missionary conference.

After graduating from Yale and then Princeton Theological Seminary, Borden studied Arabic in Egypt to prepare him to minister to the Kansu Muslims of Northern China. Sadly, though, he died of cerebral meningitis at the age of 25. Samuel Zwemer, who had taught Borden while he was in Egypt, officiated the funeral. Thus, Borden forsook his great wealth for the sake of the nations. In his Bible, he wrote the words, “No reserves. No retreats. No regrets.”

But he was more than a philanthropist–he was also an evangelist. While a student, he founded the Yale Hope mission, an organization that rescued drunks off the street, sought to rehabilitate them, and shared with them the good news of Jesus Christ. Thus, it would be shortsighted to focus only on Borden’s wealth. His own passionate influence had a great effect on others. One of his professors at Princeton, Charles R. Erdman, said that Borden was “an ideal missionary volunteer” because of his vision, dedication, example, and influence. Or, as his epitaph reads,

A man in Christ
He arose and forsook all and followed Him,
Kindly affectioned with brotherly love,
Fervent in spirit serving the Lord,
Rejoicing in hope,
Patient in tribulation,
Instant in prayer,
Communicating to the necessity of saints,
In honour preferring others,
Apart from faith in Christ,
There is no explanation for such a life.