A couple of years ago Microsoft put together a clever marketing campaign for Windows Phone 7, their new mobile operating system (which is to say, the software they were introducing that would power the new generation of Windows-based cell phones). The commercial poked fun at the fact that so many of us spend so much of our lives staring at tiny little LCD rectangles. And then it asks the simple question, “Really?”

Microsoft acknowledges that mobile phones are an integral part of life today and that we will be unwilling to get rid of them altogether, so what they suggest is that their software can make your time staring at the phone more productive, allowing you to get in, get out, and get to the rest of life. They want you to “be here now.” Of course Microsoft’s new software doesn’t actually do anything to solve the problem—we all know that. They make a half-hearted attempt to suggest that this software will make a difference but obviously they are hoping that in identifying a problem many of us are feeling guilty about, they’ll convince us that they have found a solution. It’s nonsense. It’s like a commerical that shows a bunch of drunken people staggering around and that presents a new high-octane vodka as the antidote. The problem cannot be the solution!

Microsoft is acknowledging in their advertising that we depend upon our phones and that these phones call us to depend upon them. The slave has become the master; we’ve become tools of our tools. They do a great job of showing life experiences missed, of displaying the distraction. But in the end they’ve really got nothing to offer by way of solution, except, as is so often the case, more technology to solve the problems caused by our technology. If only our phones were a little smarter or a little faster, then we’d get back to living. That’s always the way we try to solve these problems. But it rarely works. And in the case of Windows Phone 7 (or the iPhone 5, for that), it definitely won’t work. 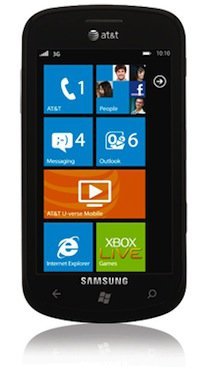 Read any book dealing with technology and before long you’ll run across Marshall McLuhan and his famous aphorism “the medium is the message.” What McLuhan meant to say in that phrase is that buried within every technology is some kind of an ideology, some kind of an idea, that will make itself known in time. And that message is the most important component of the technology. When we look at our cell phones today—the latest generation of smartphones, that allow us to make calls, send text messages, check our email, update Facebook, surf the web, listen to music, watch movies, etc, etc, etc—we can quickly start to see the ideology buried within. These phones demand all of us. They accelerate the pace of life, they demand constant attention.

Here’s an interesting phenomenon. On the one hand we have become dependent upon our mobile phones. After all, they bring us great benefits that we do not wish to give up. But on the other hand, we need to face the truth that these devices are prone to draw us away from the important things in life, including–or perhaps especially–the people who are closest to us.

Do you see what the phone does? There’s a great irony buried within it. The cell phone, a device meant to enhance my communication with others, can increase my ability to communicate with those who are far from me, but this often comes at the cost of communication with my own wife and children—those closest to me. Microsoft captures this (borderline inappropriately, I suppose) with the woman standing beside the bed as her husband stares at his phone and with the dad sitting on the end of the seesaw as his child is suspended in the air. These things are funny because they are true. Those who are closest to them are forgotten, while the men communicate with those who are far away.

The fact is, many of us buy phones in order to remain connected to the people we love. Do you remember the commercials that sold us on having unlimited calling to five friends or family members? This phone was going to let us be closer to those we want to be closest to. This is a noble thing. And yet in the end the phone demands our attention even (and perhaps especially) while we are near those people. While I sit beside my wife, my phone calls me to respond to an email from a client a thousand miles away. While I go for a walk with my son, the phone calls me to response to a text message from a friend across town.

The only solution I know of is to be very disciplined in our use of such technology, to be willing to carve times in which the phone is set aside so we can focus on what truly matters most. The phone isn’t going anywhere, and at least for now, it is not going to give up the ideologies that are buried deep within it. If we are to find a solution, we will have to look to ourselves rather than our technology and all it may promise.