I sometimes wonder what it was like for Sarah as she watched Abraham and Hagar walk into that tent together—what she thought, what she felt (Genesis 16). What was it like for the wife to watch her husband seek privacy with that other woman, knowing exactly what they were about to do? Where did her mind go in those moments when they were out of sight? How far had Sarah fallen to not only permit this, but to suggest and even demand it? What has to happen in a wife for her to give her husband to another woman’s embrace?

Idolatry has to happen, that’s what. Sarah had become an idolater. She had not begun to worship idols of wood or stone, but she was an idolater nonetheless. There was one thing she was convinced she had to have in order to experience joy and in order to live a fulfilled life, and that was the one thing God had held back. She had a husband, she had honor, she had beauty, she had fantastic wealth, but she had no child, no son. And it very nearly destroyed her. It caused her to act in the most outrageous way, and to draw others into her sin.

Sarah believed in the existence of God. Sarah even believed in the power and authority of God, I am certain. This God had called her and Abraham to leave their home and to move to a distant promised land. This God had established his covenant with Abraham. This God had protected and preserved them, enriched them, and given them great honor. But despite it all, Sarah had lost faith in the promises of this God. She had stopped believing in the goodness of this God.

God had made one promise that he seemed slow to fulfill. God had promised Abraham and Sarah that their descendants would number more than the stars in the sky. He had promised Abraham that he would be the father of many nations. He had promised, but had not yet delivered. Never mind those many nations—he had not yet given them a single child! And in all the waiting, Sarah had stopped believing. Through all the many years of childlessness, she had lost her faith. And when her faith fizzled, she began to take action on her own. If God would not fulfill the promise, then Sarah would. “Abraham, take my servant Hagar and give me children by her” (Genesis 16:2).

Sarah gained that child, but, as always, sin over-promised and under-delivered. The first thrill of joy soon turned to jealousy, then rage, then conflict, then open warfare.

Finally, just as he had said, God did fulfill his promise. He gave Abraham and Sarah the child he had promised all along. His answer to them had never been “no,” but simply “wait.” All he had asked of them was to wait and trust. There are echoes here of God’s great promise of salvation: “But do not overlook this one fact, beloved, that with the Lord one day is as a thousand years, and a thousand years as one day. The Lord is not slow to fulfill his promise as some count slowness, but is patient toward you, not wishing that any should perish, but that all should reach repentance” (2 Peter 3:8-9). God is slow only from our too-limited human perspective. 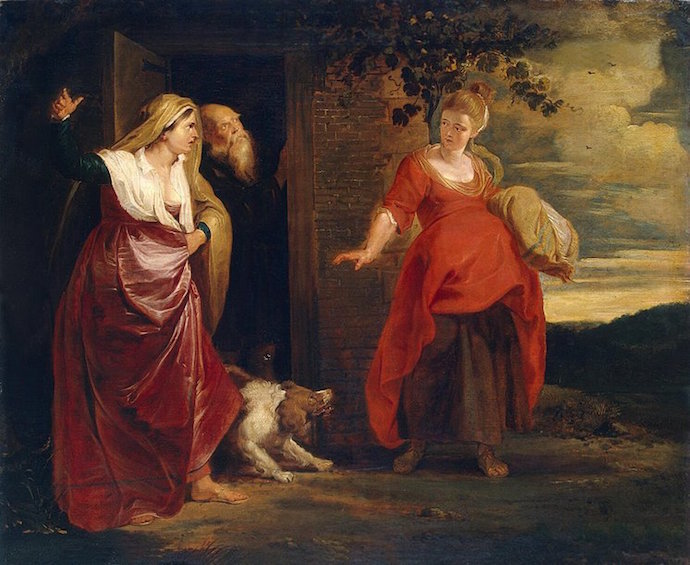