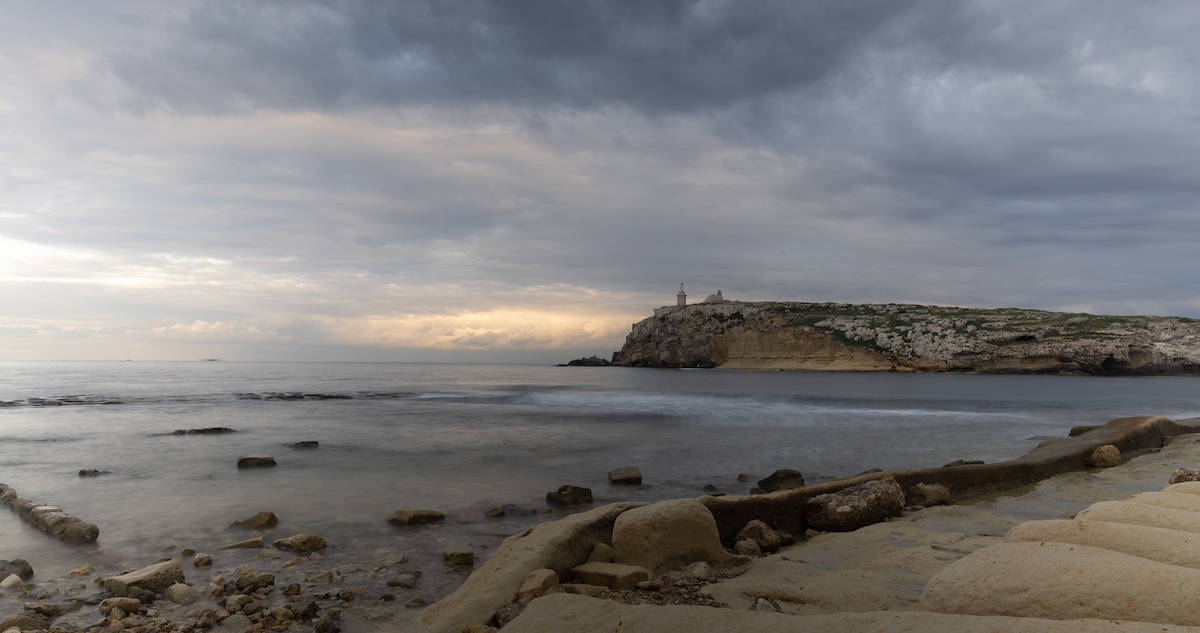 A few months ago I stood upon the rocky shores of Malta and gazed out to sea. I pondered what it must have been like nearly 2,000 years ago as the Apostle Paul leapt from a battered, broken ship and made his way ashore. There are a number of spots on Malta that claim the historic pedigree as the place he landed. The most widely accepted candidate is the aptly named Saint Paul’s Bay. It has shoals and reefs capable of causing a ship to run aground and beaches capable of receiving shipwrecked passengers. If it is not that specific location it is certainly one nearby.

While the expert sailors frantically tried to save themselves by undergirding the ship and securing its boat, by lowering the gear and throwing the tackle overboard, Paul took a different approach to the emergency—he turned to the Lord. While the sailors carried out their responsibility, he carried out his. And then something remarkable happened: An angel appeared before Paul and told him “Do not be afraid, Paul; you must stand before Caesar” (Acts 27:23). God had a plan for Paul that involved him getting to Rome and appealing his case before Caesar himself. That being the case, the storm could not possibly claim him. He, like each of us, was immortal until God was ready to call him home.

But there was more to the angel’s message than this. He also said, “God has granted you all those who sail with you.” Though it was Paul alone who was meant to stand before Caesar, God’s grace toward Paul was extended to everyone else on the ship. It was extended to his fellow missionaries and to the soldiers and sailors, to the Christians aboard and to the pagans. Paul had prayed for each of them and God would grant the same blessing to each of them. Little wonder, then, that Paul could stand before them and say “Take heart, men, for I have faith in God that it will be exactly as I have been told.” Though they must still be shipwrecked, they would escape with their lives. And all because Paul had prayed.

And this makes me wonder how many times God has blessed the people around us because of our prayers. Just because he doesn’t send angels to tell us that he has answered our prayers doesn’t mean he doesn’t answer them just as freely. Just because he doesn’t communicate so explicitly, doesn’t mean he doesn’t deliver just as dramatically. Paul’s God is our God, and he who answered two millennia ago has lost none of his ability and none of his willingness to answer today.

Are you in the habit of praying not only for yourself and your family, and not only for your friends and your church, but also for the people around you? Are you in the habit of praying that God would bless and deliver not only you but also others? As modern Western society teeters and groans at what seems like it must be the beginning of its end, do you pray that God would intervene and deliver not only you and not only his people, but also everyone round and about? Do you plead that his blessings would extend far and wide?

Aileen is an avid gardener and, through the hot summer months, waters our lawn and garden with great care. The other day I noticed just how burnt and brown our neighborhood is in mid-August. But I also noticed just how green and lush our lawn is by comparison. Then I noticed something else as well: As Aileen waters our grass, the water sprays and flows to some of the nearby grass as well so there is a fringe of green beyond our own lawn and outside the boundaries of our own property. And just like that, this little story from the book of Acts tells us that God’s blessings flow not only to his people but also beyond them. It is God’s good pleasure to answer our prayers and to grant his blessings not just to us, but also to others. And who but God can know what blessings they hold, what pleasures they enjoy, that flow from your prayers and mine.