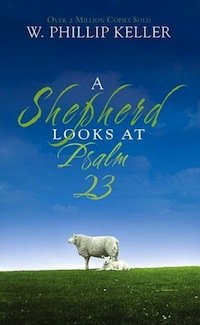 Buy from Amazon
I have never much enjoyed art galleries. This may be a little-known fact, but I am color-blind, and I’m sure this explains why art has never had much appeal to me. After all, if I see reds, greens and browns all as shades of brown, surely art is far less appealing to me than to those whose eyes work as they were meant to. But I remember one time when I was a teenager, my family travelled to Washington, D.C. with my aunt and uncle, both of whom are artists. Walking with them through the National Gallery brought about an entirely different perspective. Because they understood art, they were able to explain it to me in a way I had never considered. They showed me variations in texture, spoke about the difficulty of different types of shadowing and lighting, and the different media artists use. It opened my eyes, and in that period of time I came to understand and appreciate art so much more deeply than I had before, despite my limitations.

I think also of a small museum that was situated on the grounds of an airport near my house. This museum housed some of the finest vintage aircraft in the world, including the world’s only Lancaster bomber that was still in operational condition and that still flew. It often took to the skies and flew over my home. It was one thing for my friends and myself to go and look at all the planes, perhaps even imagining that we understood what it was like to stare out at a cold, dark sky, keeping a watchful eye for enemy planes. But it was another thing altogether to watch the veterans who had given their best years to the war, and who had spent countless hours inside these planse – so many hours that they still knew the planes inside and out, even fifty years later. The tears in their eyes as they watched the Lancaster fly over their heads spoke of a knowledge far beyond anything I would ever understand.

All this by way of introducing the book A Shepherd Looks at Psalm 23. Just like an artist best appreciates an art museum and a veteran best appreciates the aircraft he once flew, in the same way there may be no better guide for the twenty-third Psalm than a shepherd. Phillip Keller grew up in East Africa, in the midst of a culture that was still rooted in the ancient traditions which the Psalmist knew. Keller was also, for many years, a shepherd, who was well acquainted with the language David employed in this best-loved Psalm.

Keller guides us phrase-by-phrase through this poem, pausing often to reflect on the nature of the shepherd and his flock, and stopping to give stories based on his experiences. He guides the reader throughout to reflect on the love of the Savior and to see the deepest meanings in each part of the Psalm. The reader will find, as the author did, that “…it is no mere whim on God’s part to call us sheep. Our behavior patterns and life habits are so much like that of sheep it is well nigh embarrassing” (page 65).

At times I wonder if Keller has not stretched the metaphor just a little bit too far. For example, he contends that the meaning of “thou preparest a table for me” is not that God has prepared a banquet feast, as I have long supposed, but that “table” refers to the top of a hill which a shepherd diligently prepares before the arrival of his flock for their summer pasturage. “Thou anointest my head with oil,” according to the author, is drawn from the shepherd’s task of putting oil on a sheep’s head to ward off the pests that can drive a sheep to distraction. I must say, though, that he provides ample evidence that perhaps we have misunderstood the latter part of the Psalm and that David really was holding to the metaphor of sheep and shepherd.

In either case, it does not detract from the book. This is a wonderful little book that gave me much to think about, and as my wife can attest, plenty to talk about. Above all, it led me to understand, in a deep and moving way, just how much the shepherd (and thus the Shepherd) loves his (His) sheep. It shows just how involved in the lives of his flock the shepherd must be, and how utterly helpless the sheep are without him (Him). It is amazing how much I learned about a Psalm I thought I knew so well.

A Shepherd Looks at Psalm 23 is a fascinating, moving book and one whose content will undoubtedly stay with me for a long time. I highly recommend this book – it will cost only a few dollars and take only a few hours to read – for any believer, young or old.