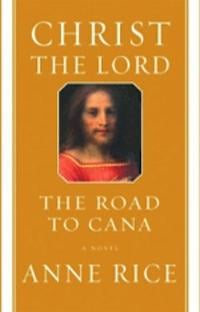 Anne Rice has undergone a radical transformation. A bestselling author, whose novels have sold over 100 million copies, she recently returned to the Roman Catholic faith of her youth, and in so doing abandoned her former subject matter (vampires) and turned instead to a series of books dramatizing the life of Jesus Christ. The first book in Rice’s series, Christ the Lord: Out of Egypt (released in the fall of 2005) was critically acclaimed and sold well. The movie rights for the book and its sequels were recently purchased by L.A.-based Good News Holdings which is run by Christian pollster George Barna. He will attempt to bring them to the big screen. Where the first book covered Jesus’ childhood, the second volume seeks to find a story in the “lost years” that fall between His birth and the beginning of His public ministry. The Bible is almost silent on these years (saying only that Jesus “grew and became strong” and “was filled with wisdom”), so Rice has to rely on her imagination and her studies of Jewish culture to find a likely story.

Before turning to this new novel, it is useful to review just a few of the concerns and inaccuracies from her first effort (as detailed in Derek Thomas’ review found at Discerning Reader):

Perhaps of greater concern is that the fact that Rice’s young Jesus was continually conflicted and confused. Heavily protected by Joseph, who intervened to ensure Jesus is not told the reason why they left Jerusalem, or the manner of his birth, Jesus is a dutiful son who gradually comes to terms with what he first only senses—that he is the Son of God. Even in the second book He has not fully come to terms with His identity as the God-man. In fact, this tension, in which Jesus seeks to understand His nature and mission, forms the basis for much of the book’s plot. This, however, is a significant deviation from Christian orthodoxy. As Derek Thomas pointed out, “That Jesus was always fully divine and fully human is a fundamental point of Christological orthodoxy, even though the self-consciousness on the part of Jesus as to his divine identity is a matter which Scripture does not elaborate upon with any detail.”

The Road to Cana begins in the winter preceding Jesus’ baptism at the hand of His cousin, John. Jesus is wrestling with His feelings towards a young woman named Avigail. Though He has not yet arrived at a full realization of who He is and what He will be called to do, Jesus knows that He must remain unmarried. His heart aches as He refuses the attempts of His family, His community, and eventually Avigail herself, while they seek to have him marry and settle down. As the story progresses, Jesus proves himself a leader, a sage and a peacemaker. People know He is somehow different, but they, like the reader, can only wonder and wait.

The story begins to come to life once it catches up with the Scriptural narrative of the early days of Jesus’ ministry. Readers familiar with the Bible will recognize the prophetic ministry of John the Baptist, the baptism of Jesus, His forty days in the wilderness and subsequent temptation at the hand of the devil, the calling of His disciples and His miracle during the wedding feast at Cana. Some aspects of the biblical account are enjoyable and even moving when told through the descriptive ability of Anne Rice. She captures well the excitement that ripples through the Jewish community with the coming of John the Baptist, the first prophet to be seen for four hundred years. The story of Jesus’ temptation by Satan is powerful as is the description of His baptism (though Baptists may object to read of the baptism being performed not by immersion but by water being poured over His head!). Some of these familiar stories sparkle with the addition of detail and description. How often do we pause to imagine what people might have said or felt or what they might have wondered as the Spirit descended upon Jesus at His baptism? How often do we try to look through the eyes of the apostles as they began to heed the summons to follow Jesus? Other portions of the story, such as the miracle of turning water in wine, suffer from the author’s attempts to expand the story beyond the biblical framework. The terseness of the biblical account seems to suggest an urgency and a wonder that is lost as it is expanded from a few words to a few pages.

Despite some literary successes, there are several concerns with the book’s underlying doctrine. The Bible makes it clear that the miracle at Cana was Jesus’ first miracle and it attaches some significance to this. Yet in Rice’s account, He has already performed several miraculous deeds as both a child and an adult. In this story He publicly invokes and them calms a storm, though He seems surprised at His own ability to do so. Near the story’s end, yet before Cana, Rice introduces Mary Magdalene and describes Jesus casting seven demons out of her. This is a strange liberty. Perhaps Rice felt Mary’s request of Jesus at the wedding can best be explained if He has already shown His ability to do miraculous deeds. Yet this is a liberty that detracts from the wonder of turning water into wine and the challenge of understanding Mary’s simple words, “They have no wine.” Was she asking Jesus to do a miracle? Or was she just asking Him to do anything? It seems, from the biblical account, that she did not yet grasp that He could do the miraculous. It is more plausible that she was merely telling Jesus as the resourceful eldest son, hoping He might think of some way of sparing the bridegroom the embarrassment of not being able to provide for His guests. The story gains nothing by making Jesus a miracle-worker too early in His ministry.

To balance the humanity and divinity of Jesus is a difficult task. It may well be an impossible task. Apart from teaching that Jesus was as fully human as He was fully divine, the Bible gives us little detail on how Jesus’ two natures interacted with each other. We do not know how He could be fully human and divine at the same time. It has always been a challenge to navigate this dangerous and difficult territory. And in The Road to Cana we see how a story like this may be doomed to suffer from such a problem even before it begins. There is too much we do not know; too much we cannot know; too much God did not want us to know. It is far easier to portray Jesus in His humanity than in His divinity and this is what we see in Christ the Lord. We see a Jesus who is fully human, to be sure, but somewhat less than divine. It feels like there is tension, rather than harmony, in the natures of Jesus. This is bound to happen when we attempt to describe what is too wondrous to understand. It is a difficulty inherent in the genre. How is the reader to know which aspects of the Jesus of The Road to Cana are based on the Bible and which are based on Rice’s imagination? The casual reader or the reader unfamiliar with the Bible may assume it is all based on fact, or may as easily assume it is all fiction. There is a troubling blending of fact and fiction, true with could-be-true. Where fact ends, historical deconstruction (and reconstruction) inevitably begins.

There are other concerns. According to interviews with Rice, the faith she now proclaims is a faith far wider than that which the Bible prescribes. “I continue to be a Catholic because I profoundly respect the unbroken 2000 year old tradition of teachings, scholarship, and the ongoing revelations of the saints. But I think what is important in this world is that you go with the religion that brings you closest to God. Howard Storm the mystic said this actually. When he was in Heaven with the angels, he asked them: What is the best religion? And they said, ‘The one that brings you closest to God.’” And again, “Christ is for everyone—gay, straight, Jew, Christian, athiest, (sic) Buddhist, Hindu. We are the children of God.” A nice sentiment, perhaps, but utterly at odds with the testimony of Scripture. The reader may find shades of this universalism in her account of the temptation of Jesus. “Think of the thousands upon thousands who rise each day and go to sleep without ever thinking evil or doing evil,” says Jesus to Satan. “Think of them in every land and every language, think of them as they hunger for the Word of God even where there is no one to give it to them, how they reach for it, and how they turn from pain and misery and injustice, no matter what you would have them do!” Though she conveys much truth in this mostly-fictionalized account, there is much that does not easily accord with the Bible.

Derek Thomas concluded his review of the Out of Egypt with these words: “All in all then, an interesting read that serves, in the end, an agenda of historical deconstruction. Anne Rice’s Jesus is accepting of all, tolerant of everyone—even vampires? There is, thankfully, little scope to elaborate on the inner struggles of a seven year old, but the aleatoric scope for a novelist describing the inner struggles of a pubescent adolescent is troubling. But get ready, it is on its way.” And in this book it is beginning to arrive. While, especially in the book’s second half, Rice does stay quite close to the biblical storyline, there are a handful of significant departures. I do not wish to impugn Rice’s motives; her attempt is noble, but I think it may be flawed from the start. The Jesus of this story may go by the same name as the Jesus of the Bible, but they are beginning to look less and less alike.