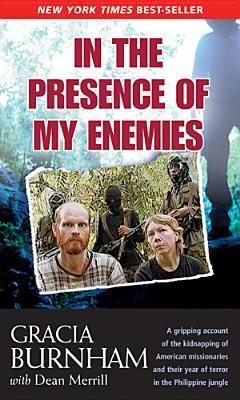 There are few people I admire more than missionaries. They represent such a selfless expression of Christ’s love – people who dedicate their lives to sharing the gospel with those who least want to hear it, but most need to hear it. Not only do they forsake the comforts of Western society and leave behind friends, jobs, church and family, but they often put their lives in danger by ministering in unstable nations.

In The Presence of My Enemies tells the story of Martin and Gracia Burnham, a missionary couple who were kidnapped and held for over a year by the Abu Sayyaf, a terrorist group with ties to Osama Bin Laden. While celebrating their anniversary at a small resort in the Philippines they were snatched away and spent the next year of their lives on the run, fighting to survive in the Philippine jungles. They were constantly faced with incredible hardship and often lacked even the most rudimentary comforts. They were held pending the payment of a large ransom, one which missionary groups will never pay. It was not until the aftermath of September 11 that real progress was made in trying to rescue the Burnhams.

The author provides interesting insight into this small but radical and powerful terrorist group. We see the interaction of the various members of the group and the methods they employ to draft soldiers to their cause and to take more hostages. We see the Islamic faith through the eyes of some of its most radical followers as they seek to live and, if possible, die for Allah. Contrasted to this is the simple faith of two Christians, who share love when all around them are filled with hate. We continually see Christ’s love shining out in the midst of pain, loneliness and terror. Gracia is honest in portraying a faith that sometimes wavered, yet stood the test because it was built on a sure foundation.

In the end we have to conclude with the author that God is gracious, and above all, sovereign. Nothing that happened surprised Him, and the Burnhams were never outside of His sight. Whenever they felt lowest, He provided something to buoy their spirits. When they were in good spirits, He used the opportunity to teach them about Himself.

The book is very well-written and moves along briskly. At times I wished Gracia had gone into more detail about her spiritual state as well as her husband’s while they were faced with trials, but she does mention that her memory of many events is hazy, so I presume that is the reason she does not delve deeper into that area.

A powerful book and one that is sure to provide encouragement, and I am happy to recommend In The Presence of My Enemies.