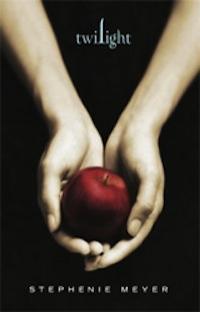 Twilight is a phenomenon; or that is what I hear. I began to receive emails about it a short time ago and the requests for a review have increased as the release of the Twilight movie has approached. Strangely, I get more requests to review teenage fiction than any other genre. I usually reply with an apologetic email saying that I do not review such titles. But because of the popularity of this series I decided to make an exception. With great trepidation and with eyes fixed firmly on the floor, I went to a local store and purchased the whole series–four books. I read the first volume, which I will review today, and left it to Aileen (the fiction expert in our home) to read the rest of the series.

Admittedly, this is my first foray into fiction written for teen girls. Actually, it is one of my first ventures into teen literature at all. When I was young I read books for children, but largely skipped over teen fiction, opting instead to dive straight into the history books. So I admit to being largely ignorant when it comes to this kind of book.

I found Twilight surprisingly well-written, at least for the genre. This is not to say it will be supplanting Jane Austen in the university lecture hall, but merely that it is readable and reasonably good as fiction. The dialog, the characters, the pacing, the prose–all of it, at the very least, is good enough that it does not detract from the story. This is more than I can say for many novels.

The book begins with seventeen year-old Bella Swan moving from Phoenix, Arizona to Forks, Washington, so she can live with her father, Charlie. Her mother, meanwhile, is traveling with her boyfriend Phil, a minor league baseball player. A too-typical teenage girl, Bella is convinced she is an ugly duckling when in reality she is a swan (the inspiration for her last name, perhaps?). Where in Phoenix she had been a social outcast, in Forks she is immediately popular and she catches the eye of several boys.

I’ll continue this plot summary by (lazily) quoting from Wikipedia: “When Bella sits next to Edward Cullen in class on her first day of school, Edward seems utterly repulsed by her. He even attempts to change his schedule to avoid her, leaving Bella completely puzzled about his attitude towards her. After tricking a family friend, Jacob Black, into telling her the local tribal legends, Bella concludes that Edward and his family are vampires. Although she was inexplicably attracted to him even when she thought Edward drank human blood, she is much relieved to learn that the Cullens choose to abstain from drinking human blood, and drink animal blood instead. Edward reveals that he initially avoided Bella because the scent of her blood was so desirable. Over time, Edward and Bella fall in love.” Without spoiling the plot, the book concludes with some page-turning action involving a vampire tracker (which, for those who are as ignorant as myself, is a vampire who tracks humans, not a human who tracks vampires) who seeks to hunt Bella as a sick kind of sport.

I am sure that the subject matter will immediately convince some parents that the book is unsuitable for their girls. This was my initial reaction–why would I allow my daughter to read a book about vampires? But I know there are some, perhaps myself included, who may allow an older teenager to read it. It is primarily to assist such parents that I write this review.

The book is relatively clean. That is to say that there is little explicit violence and no overt sexual activity. However, I think this bears some further discussion. While there is no sexual activity portrayed in the book, it really does ooze with a kind of teen or tween sexuality. The book is, at its heart, the story of a young girl’s sexual awakening. It may be that the tween reader will be sufficiently young and innocent that this is lost on her, but I’m convinced the older teenage girl will find it in the story. The most explicit sexuality is found in a brief discussion between Edward and Bella where they talk about whether they desire one another in that way and whether Bella has ever been with another boy. Edward declares that he may be a vampire, but he is still a man. The quiet sensuality is far more pervasive and, I would suggest, far more powerful. There is scene after scene where Edward and Bella gently stroke one another, softly and slowly running their hands over each other’s bodies, exploring, pressing their heads against each other’s chests to hear their hearts pounding, feeling electric shocks as their fingers touch flesh, twisting and cavorting with their lips on one another’s faces and necks. Bella is inflamed by Edward and, while there may be no explicit mention of sexuality, it is clear that she desires Edward–all of Edward.

Edward, meanwhile, has a creepy kind of love for Bella. As a vampire he cannot sleep, so he spends his nights sneaking into Bella’s room to watch her sleep (as if this is sweet, not perverse) and often follows her unnoticed as she goes about her business. He reveals that her scent–the scent of her blood–drives him wild. His overwhelming love for her is sometimes nearly indistinguishable from revulsion or hatred. There is part of him that wishes to hold her, to make love to her, and another part that wants to attack her and to drink her blood. In one scene she has been bitten and Edward needs to suck some poison from her if he is to save her life. After he does so he discusses both her taste and her smell and how enchanting it is to him. Is this love or is this perverse obsession?

While the love between the two of them is meant to be real, it also has a strange, unearthly quality to it. It also has an obsessive, idolatrous quality. Perhaps this is true of any love story, but I wonder whether girls are well-served by reading of a young woman who is so utterly consumed with her boyfriend that she seeks and desires and thinks of nothing else. She lies, she disobeys her parents, she does whatever is necessary to be with him. She is convinced that in this boy she will find her all-in-all. All she desires–to the point of wanting him to drink her blood so she, too, can be a vampire–is to be with him forever. She would rather be undead eternally than live without him.

I just don’t know that young girls will derive any benefit from spending hours reading and thinking about such an unrealistic, unobtainable, perverse kind of love. It glories in love that is forbidden, dangerous and just plain weird. The fact that the story involves vampires may be beside the point. My primary concern with Twilight, as I consider handing it to a girl of thirteen or fifteen or seventeen, is its sensuous quality. The lack of overt sexuality means that it is not an erotic book, but it is very nearly so. It oozes sensuality even without an act of consummation.

It is not insignificant that on the cover of Twilight is the simple image of hands–female hands–holding out an apple. This clearly evokes the forbidden fruit of Genesis 2:17, verses that are quoted at the beginning of the book. This represents not only the forbidden love between a human and a vampire, but Edward himself as Bella considers partaking of him. My suggestion to parents would be to leave this book on the shelf instead of handing it to your teenage girl (and especially your young teenage girl). At the very least, read it yourself and see if your conscience is clear before you hand it to her.

Postscript: Aileen read this book and promptly read the other three volumes in the series. Her assessment of the sensuality and the violence in Twilight: “that’s nothing compared to the other three books.” It should be noted, however, that Edward and Bella marry in book four and that they do so as virgins.