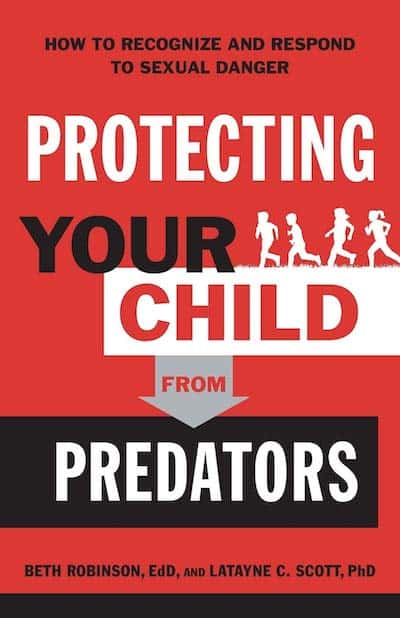 Few things concern parents more than the thought that a predator may have set his sights on their children. Few fears terrify parents more than that they may fail to protect their children from those who would seek to do them harm. Few things break a parent’s heart like learning that their child has been exposed to something they should not have seen or to something they should not have experienced. In this age, and every age, parents need to know how to recognize and respond to sexual danger.

This is the subject of a new book by Beth Robinson and Latayne Scott (with Robinson as the one who brings her expertise to bear as a licensed professional counselor and a specialist in counseling children through the trauma of sexual abuse). Protecting Your Children From Predators attempts to arm parents with a knowledge of how predators think and operate and with a plan to defeat them. Acknowledging the massive scope of abuse in society around and even within the church, Robinson says, “it doesn’t have to be this way. The past is not the future. This can stop now, and it can stop with the active involvement of parents to inform and protect their children.” She goes on to say, “If you are a parent, the birth of your first child automatically made you a protector. Women were gifted with the role of mother, and men were knighted with the privilege of fatherhood. With both roles comes the honor of protecting.”

We know this intuitively. The world is a dangerous place and no one in it is more vulnerable than children. We long to protect them. But we often look for danger in all the wrong places.

My job as a counselor who specializes in cases involving abused children brings me face-to-face with hurting parents. Someone has injured their innocent child. Someone has ambushed their lives.

In most cases, the enemy at their gates was not a faceless stranger. The enemy has come inside their gates, has been living there. It was someone they loved and trusted.

In fact, acquaintances or friends are responsible for a full 75 percent of sexual assaults of females.

We would rather think it is the stranger in the trench coat than accept the sickening realization that it was the trusted teacher or uncle.

The fact is, we have too great an assessment of our own ability to detect evildoers and are prone to relax our vigilance. Not only that, but we fail to see that predators often do not groom only a child or only a family, but a whole community—including a church community. “Most people wear blinders about pedophiles because we superimpose our ideas about normal sexual attraction onto abnormal people. Pedophiles are wired differently than we are—they aren’t sexually stimulated by the same circumstances as the rest of us. In fact, they are attracted and stimulated in ways that make no sense to us.”

And it is right here, in our lack of understanding, that it becomes so important to look to experts, to gain from them the knowledge we otherwise lack. It is right here that we need books like this one.

Protecting Your Children From Predators is structured around three sections, with each one applying to a different stage of childhood. The first deals with threats most common to children under the age of six, the second with ages six to eleven, and the third with tweens and teens who are twelve and older. In each case, the counsel includes not only what parents need to watch out for and avoid, but also the age-appropriate lessons they must teach their children. So, for example, in the first part parents learn the importance of teaching children the correct terms for their sexual body parts, the insistence that children are the owners of their bodies and have the right to reject unwanted touch, and when and with whom they talk about their bodies. It also highlights the most common areas from which they may face threats. Of course by the time attention turns to tweens and teens, the subjects have changed to dangers from coaches and boyfriends and social media. Every chapter includes examples from Robinson’s counseling practice to highlight how quickly or how unexpectedly children can face threats to their safety.

While books like this are invariably distressing and alarming, they are also necessary and helpful. While Robinson is clear that her goal is not scare tactics but safety tactics, there is no avoiding the horror and the fear that comes when we learn and asses the myriad dangers to our children. But, as the old saying tells us, forewarned is forearmed. By reading this book, we as parents will be equipped to know the common tactics of predators, to take the most important safety precautions, and to do what we can to protect those we love most. For those reasons I recommend it to every parent.