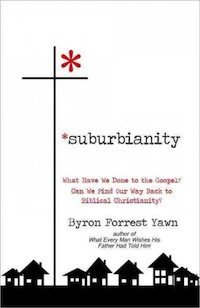 Buy from Amazon
A couple of weeks ago I found myself in Nashville at the National Religious Broadcasters’ annual convention. I was there to lead a breakout session that would explain a biblically-based understanding of technology, but had almost a whole day to just wander the event. The exhibit hall was massive, though I heard it was actually smaller than in years past. It was a sight to behold, a mishmash of some of the best and some of the worst of Christian broadcasting.

George Washington was there with Martha (though I suspect it may actually have been people in costume) protesting gay marriage. Jesus and what appeared to be one of the high priests were walking the exhibit floor, looking like they were getting along surprisingly well, all things considered. I was not able to figure out why they were there, but my guess is they were connected to the TBN booth in some way and, if not that, one of the many (many!) Israeli travel companies advertising themselves there. Among the myriad displays and posters was one for Byron Yawn and his book Suburbianity. I enjoyed the irony because Suburbianity was written to take a wrecking ball to so much of what is celebrated at the NRB convention.

Byron Yawn is the pastor of Community Bible Church in Nashville, a church I have been to a couple of times and one I have very much enjoyed. He loves Christianity, the Christian faith, but despises Suburbianity, a contemporary perversion of that faith. Every person, every Christian, is to some degree a product of his environment. Yawn’s concern is that Christians have been unwittingly and unduly influenced by the values and ideals of suburbia.

Suburbianity is the general conviction among professing evangelicals that the primary aim of Christ’s death was to provide us with a fulfilled life. We came to this perspective by persistently reading the mindset and aspirations of the suburbs into the biblical story. It relentlessly seeps into our Christianity. It comes through in nearly all forms of Christian media, including songs, books, movies, and sermons. God has big plans for you. You are important. You should not be discontented, There’s more out there for you. This is the suburban gospel. By it we’ve saved countless sinners from a poor self-image but not much else.

Of course the Christianity of the Bible is not about this at all. It is antithetical to this. “You can’t find it anywhere in the Bible. You may cite Moses, but he never meant that. Even if you make Jesus say it, He didn’t really. Jesus never commissioned anything close to this. We’ve made all this stuff up.” Powerful gospel-centered Christianity has been replaced by an impotent gospel-free suburbianity.

Yawn proposes a three-part antidote to suburbianity. The first part of the cure is to recover the true gospel and he writes three chapters on what the gospel is and why it must be central to all of Christian doctrine and practice. The second part of the cure is to recover the true and most meaningful storyline of the Bible, looking beyond the moralisms that plague today’s churches. He gives two chapters to the Bible. The third part of the cure, which receives two chapters, is to embrace the local church as God’s plan to save the world. This antidote is so simple and so obvious, yet so commonly overlooked.

Yawn lives and ministers in Nashville, a city where there is a church on every corner. Yet while Nashville is so heavily churched, it is also a conclave of suburbianity. He knows the very phenomenon that he critiques and as he critiques it he writes not as a sociologist but as a pastor, calling Christians to be shaped far more by the timeless Word of God and far less by the changing preferences of the suburbs. It’s a call we all need to heed.