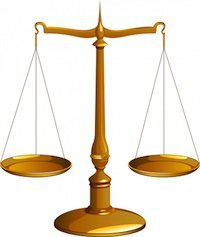 This blog is full of false starts and dead ends–series I decided to write and gave up on or articles I meant to continue and just plain forgot about. A friend recently pointed out that just about a year ago I discussed Chasing Delight and in that post wrote about Proverbs 11:1: “It is one of my favorite Proverbs, for reasons I’ll explain at another time. It says simply, ‘A false balance is an abomination to the Lord, but a just weight is his delight.'” As you may have guessed by now, I never did return to that verse. So, to close out that loop, let me write about it today.

Proverbs 11:1 must be one of the most mundane of all of Solomon’s proverbs. It deals with something that hardly seems at all significant–weights and measures. It tells us that a false weight is an abomination to God. According to Tremper Longman, the first phrase is used “to indicate the utmost divine censure against something. It offends Yahweh’s ritual or moral order.” The KJV captures a bit of this when it says “The Lord abhors dishonest scales.” The English language does not offer too many words stronger than “abhor” and “abomination.” So this is serious stuff.

God abhors a false or fraudulent scale. The scale that is described here is exactly the kind we’d imagine–two plates that would be suspended from a bar. Weights would be added to one side in order to measure what was in the other. When the scale was properly balanced, you would know the weight of your goods and, on that basis, the amount you would need to pay for them. You can imagine that there would be many ways that someone could manipulate the results: he could mislabel the weights, perhaps, or he could try to add extra ones without the customer noticing.

On the other hand, God delights in an honest measure or a just weight. Longman prefers to say “an accurate weight brings his favor.” The second part of this proverb simply tells us that honesty delights God, that it draws his favor and approval.

As I said earlier, there are few proverbs more mundane than this one. And yet this is what makes it so powerful in my eyes. Here God is showing that he finds delight in the most normal, the most mundane, the most unremarkable of circumstances. In that original post I searched for some of the things that bring delight to God. And one of those things is simply business as usual. God loves it, God finds delight, when we conduct business as usual, when we do the day-to-day things well. I think we all understand how God can be disgusted by those who would lie and cheat. But how often do we pause to consider that every good and just and normal transaction honors him and delights him? There are two sides to this proverb.

So why do I love Proverbs 11:1? Because it tells me that God delights in the most normal of circumstances. God is not pleased only when we do extraordinary things. God is not delighted only in the sacrificial acts and the deeds that end up in the biographies of great men or women of the faith. God is delighted when we do the normal things in a normal way. How many times every day do we participate in this kind of transaction? The simple conclusion is that even in buying and selling normal things under normal circumstances, we are bringing delight to God.

Proverbs 11:1 tells us that God is not just in the big stuff. He’s in the most mundane, the most normal, the most unremarkable. And if we do these things honestly, if we do them willingly, if we do them rightly, he is glorified and he finds delight. What’s not to love about that?