Today is the 100th anniversary of the birth of Francis Schaeffer. Though I never met the man and though I haven’t read more than small pieces of his books, I owe a great debt of gratitude to him. Schaeffer shaped me by first shaping my parents. To mark this date I asked my parents if they would tell how Francis Schaeffer saved their saved souls. 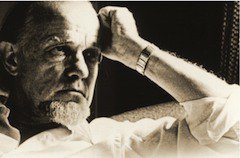 Francis Schaeffer did not save my soul. But he did save my saved soul. Let me explain.

My husband, John, and I became Christians in 1972. Neither one of us has had a moment’s doubt about the truth claims of Scripture since that time. But those first years were very difficult, nonetheless, both doctrinally and emotionally. Why?

We became Christians through Pentecostals, as do so many. They were fine people–loving, supportive, passionate in their faith. But, their theological flaws quickly exhausted us to the point we could not see our way forward in Christian life. What were these flaws? The most important was their two-tier approach to knowing God. The Bible was considered an important means to knowledge of God, undoubtedly. But, the superior way, just as undoubtedly, was to know God “directly”. Not through the medium of Scripture but im-mediately, mystically, through the revelations and experiences of tongues and prophecies. Sounds good in one sense, doesn’t it? But, as I said above, in practice, how exhausting! God’s ways and thoughts had to be known day by day rather than once and for all. In no time, we were two worn out little pilgrims. I remember saying to John, “There is no more security in Christian life than there is in non-Christian living.”

And then a wonderful friend told us about Francis Schaeffer. At the first possible opportunity, on our honeymoon to be exact!, we stopped by Swiss L’Abri. We read all of Schaeffer’s books. We spent a summer at English L’Abri.  And, four years later, we took our then-family of two boys–Andrew and baby challies.com (aka Tim)–back to English L’Abri for an entire year.

Schaeffer and the workers at English L’Abri helped us lay a new foundation for Christian living–the Bible, the Bible, the Bible–known from cover to cover, as the foundation of all life and thought. Unchanging. Absolute. Knowable. Mirroring the unchanging, absolute, knowable God. No more theological chaos. Rest for our souls.

I know many appreciated Francis Schaeffer’s philosophical and cultural insights. They were penetrating, timely, and prophetic–certainly what he is best known for.  But, for us–primarily, he was our first Sola Scriptura expositor. The absolute biblical certainty behind the philosophical and cultural insights was what changed our lives. And for this, we are eternally grateful.

There are so many other ways in which Schaeffer has been woven into the tapestry of my life. I am so very grateful for the wife he chose because she became my spiritual mother. No, she did not know me. But I read all of her books and I knew her. Not deliberately, but by osmosis, I began to emphasize the things in my home that she had in hers: hospitality, beauty, conversation, and openness.

Schaeffers’ daughter, Susan, was the other prime female influence on me while I was young in the faith. As I remember, Susan taught occasionally at L’Abri, but I remember not a word of that. What I do remember is her industriousness and her cheerfulness. And I particularly remember one incident which, through her response, changed my life. Truly.

John and I lived in residence during our summer at English ‘Abri. Our son, Andrew, was in diapers–cloth diapers, as was the norm. Beside our room was a warming closet with a note posted: Please do not hang your laundry here. Well, I had a big load of wet diapers and they had to be dried. As simple as that. And I was hanging them right in that warming closet when I heard footsteps behind me–Susan approaching. I was mortified. What next?… Her response? She laughed and asked me to follow her. She took me outside and helped me to hang them where they should have been in the first place. And it hit me. Grace! This is grace! Undeserved favor! This is what it looks like! One of the biggest theological lessons I have ever had, through an incident Susan would never remember! (And doesn’t it show the power of “incidental holiness”–the holiness of reactions that can’t possibly be planned, or studied, that just flow spontaneously from Christian character, and are all the more powerful for that?)

Finally, John and I have had some wonderful friendships bequeathed us by Schaeffer, as we have met and bonded with other L’Abri alumnae through the years. The questions of their youth were similar to ours and the answers identical. It makes the friendships unique.

So, this is my multi-faceted tribute to Francis Schaeffer on the one hundredth anniversary of his birth. What would my life be like, what would I be like, if he had never lived? I honestly don’t know. His thought has become my thought. His wife became my mother. His daughter became my example. His disciples have become precious friends.  I would be someone, and a Christian someone, but someone else.