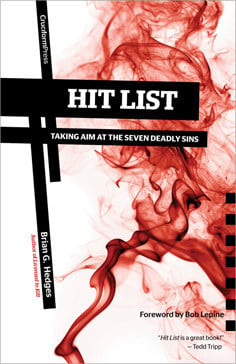 Are some sins actually worse than others? If so, why? Sure, you can make the case that because God is infinitely holy, even the smallest sin is an abomination to him, and that’s true. But what about the impact of various types of sin in our own lives? From that perspective, some sins are clearly more harmful, and in that sense worse.

This is where the idea of the “seven deadly sins” came from to begin with. The phrase may sound like a medieval holdover, or suspiciously Catholic. But the fact is that down through the history of the church these were the sins that came to be recognized as especially dangerous: pride, envy, wrath, sloth, greed, gluttony, lust. What makes them so deadly? For one thing, these particular sins have a way of embedding themselves deeply into our hearts. When that happens, they become more than mere habits. They actually change us, altering aspects of our character in ways that are not easy to reverse.

Think about it. From time to time we can all be tempted, for example, by greed or sloth. But this is a very different matter from living as someone who is truly greedy or truly slothful. The same is true for pride, envy, wrath, gluttony, and lust. And if the habit-forming, character-altering ability of these seven sins isn’t bad enough, they have also proven themselves to be gateway sins—not merely corrupting vices in themselves but sins that, once welcomed into your heart, open the door to countless other sins. The big seven have had two thousand years to earn their infamy, and they deserve it.

Many of you will be aware that, as a cofounder of Cruciform Press, I like to let you know about books we have released. Interestingly, it seems that Cruciform and Desiring God recently decided, quite independently, to try to draw the church’s attention back to a helpful focus on these particular sins. Cruciform has done this by releasing, this past November, a new book from pastor Brian Hedges called Hit List: Taking Aim at the Seven Deadly Sins. Desiring God has done it by planning seven “small talks” (breakout sessions) at their Pastors Conference next week, one on each of the sins. They have also just released a book on the subject, titled Killjoys: The Seven Deadly Sins, which itself recommends the Hedges book. Both books will be prominently featured in the Pastors Conference bookstore, so if you’re attending be sure to look them over.

One of the strengths of Hit List is that it functions as a mini-survey of what some of the greatest theologians and writers down through history have said about each of these seven sins. It’s one of those books that manages to extract rich nuggets of truth from ancient writings, add biblical insights in more modern language, assemble it all into a compelling whole, and make practical application to our lives today in a way that’s accessible to the average reader. Tedd Tripp wrote, “Hedges brings the historic framework of the seven deadly sins into the 21st century. Brian’s reading and research into historic Christian theology enriches this readable and thoroughly biblical examination and treatment of the big seven.” Another endorser even said, “with the exception of the Puritan John Owen, no other single author has helped me to understand the mortification of sin like Brian Hedges has.”

If one or more of these seven deadly gateway sins has taken up stubborn residence in your heart, I urge you to take it seriously. A careful review of Hit List would be an excellent place to start.

Corresponding to the Desiring God conference dates, Cruciform has the print edition on sale through February 4. You can also get it at Amazon.