This week’s Free Stuff Friday is sponsored by Reformed Free Publishing who also sponsored the blog this week. They have five sets of the first two books in their new Bible storybook series to give away.

Tell His Wonders is a series of Bible storybooks for children ages 7–10. The author, Rev. Nathan Langerak, employs a unique method to teach children biblical history. Rather than follow a strictly chronological approach, he groups Bible stories by theme. Forthcoming books in the series include a book on the Old Testament prophets, one on the miracles of Jesus, and another on Jesus’ parables.

“We will not hide them from their children, shewing to the generation to come the praises of the Lord, and his strength, and his wonderful works that he hath done” (Psalm 78:4).

All God’s works are wonders. He made the world, and He cares for the world and governs it. And then there is the greatest wonder of all…God brings all things to the perfection of His covenant in Jesus!

Tell His Wonders is all about that covenant, God’s gracious relationship of friendship with us, His children. Each story teaches the truth of the covenant—that God promises to save believers and their children and bring them to heavenly glory in Jesus. This was the promise God made to His people in the Old and New Testaments, and it’s the same promise He makes to each of his children today.

Nathan Langerak is a Reformed minister. He is a husband and father and lives with his family in Crete, Illinois.

Michael Welply has illustrated over eighty books, including The Random House Book of Bible Stories. He has two adult children and three grandchildren. He and his wife live in Levet, France. 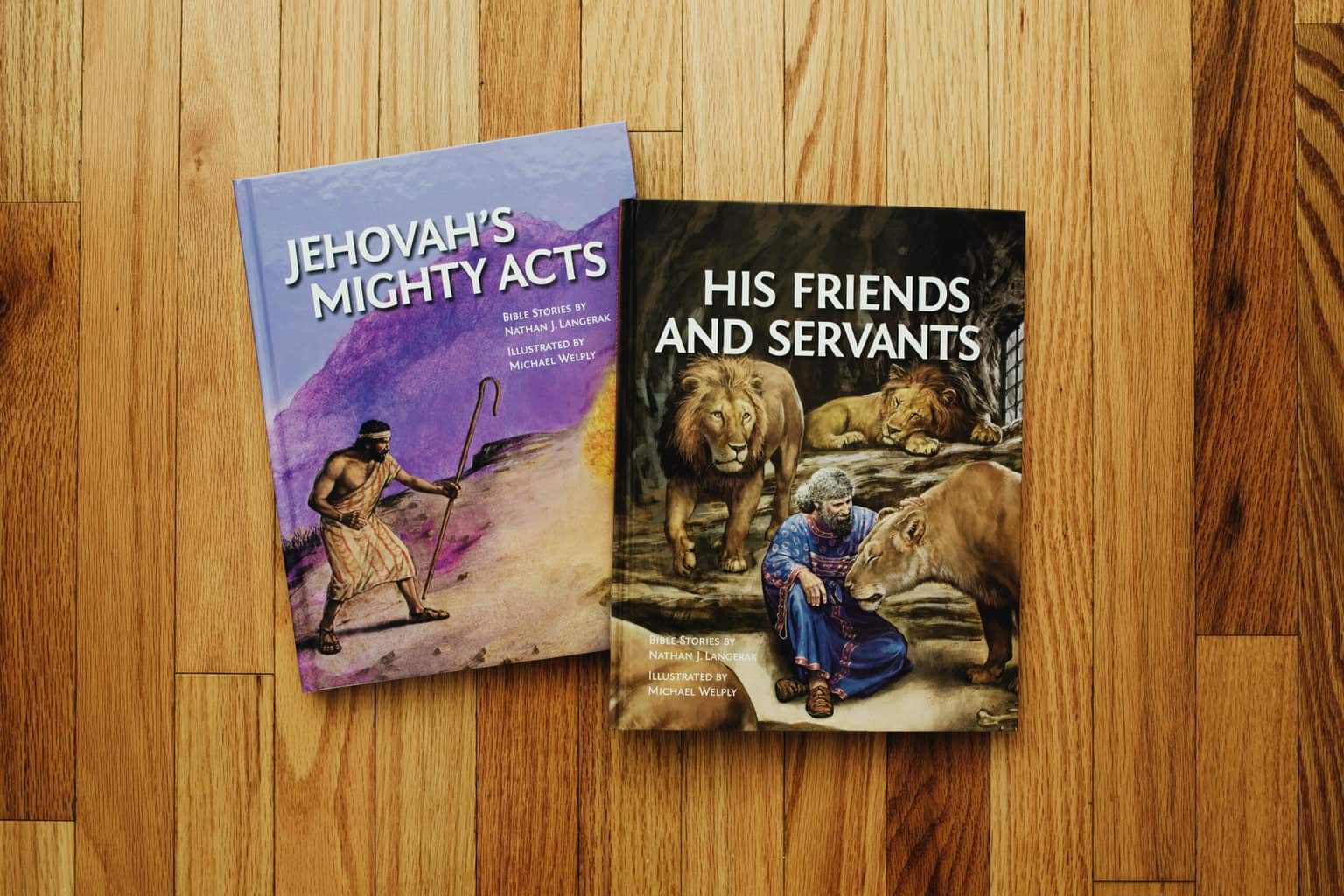 Jehovah’s Mighty Acts: Old Testament stories of salvation and might, including creation, the worldwide flood, God raising up Moses to deliver Israel from Egypt, the battle of Jericho, the destruction of Rabshakeh’s Assyrian army, and God working through Esther to preserve the Jews from Haman.

“It’s a great introduction to make the words from the Bible easier to understand to little minds. Each chapter is short enough to be a great night time treat before bed….I foresee it being a classic in our family library for many years to come.”—Judy Joyce on the Embracing a Healthy Family blog

His Friends and Servants: Old Testament stories of God’s faithfulness to His covenant friends and servants, including Job and the patriarchs, Joseph and his brothers, several judges, King David, Daniel and his friends, and more. 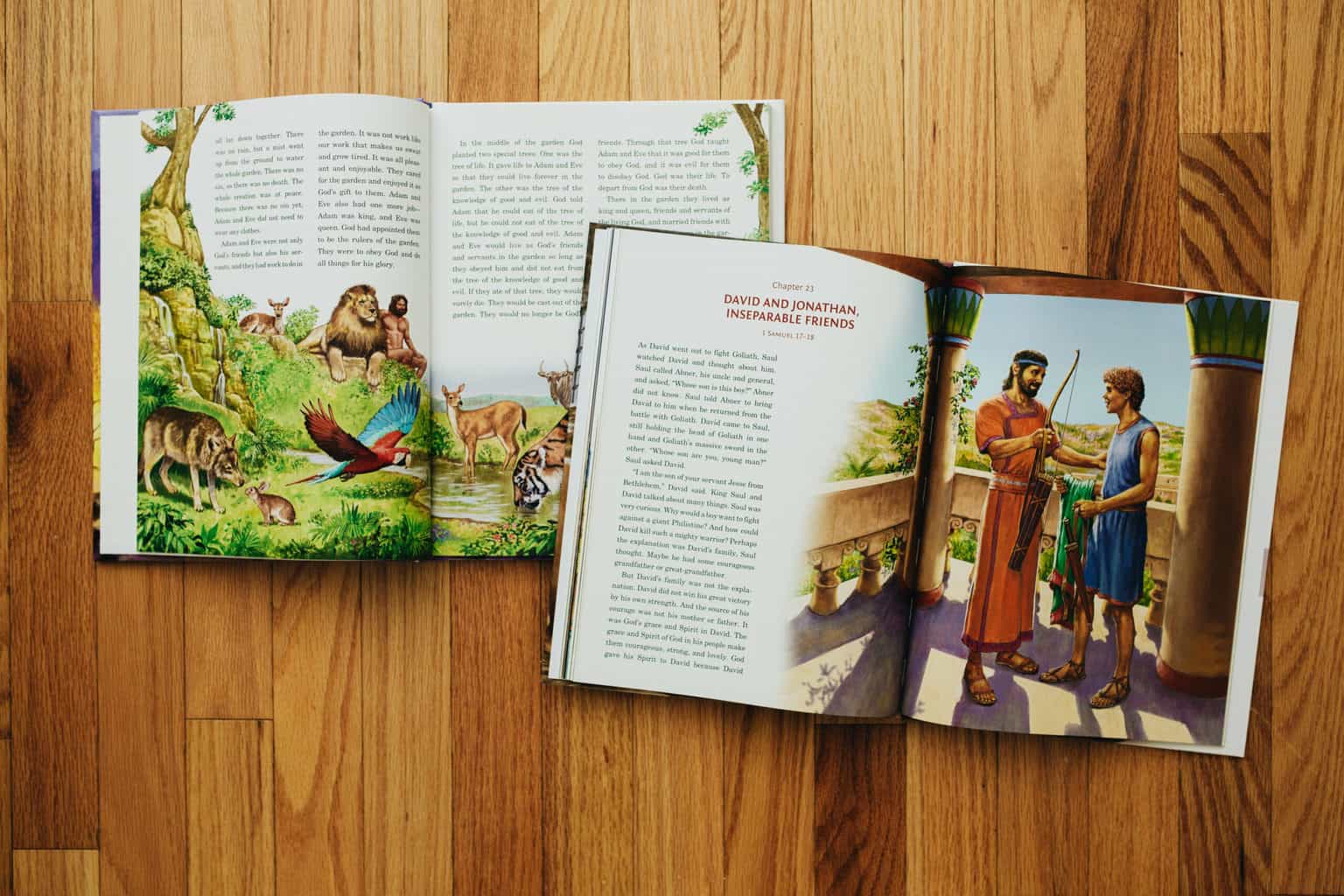 Giveaway Rules: You may enter one time. As soon as the winner has been chosen, all names and addresses will be immediately and permanently erased. Winners will be notified by email. The giveaway closes Saturday at noon. If you are viewing this through email, click to visit my site and enter there.