I’ve often spoken of my love and respect for Dr. R.C. Sproul and the ministry he founded. I was recently given the opportunity to interview Dr. Sproul and turned to the readers of this site to see what they would like to ask him. Over the next two days I will share a transcript of the interview I conducted. In today’s installment I ask Dr. Sproul about his new book, his teaching style, his view on Creation, how he determines where to place boundaries in cooperating with other Christians, and a lot more.

What motivated you to write The Work of Christ? Was it an area in which you perceived a lack of theological understanding among Christians? Was it motivated by pastoral concern? 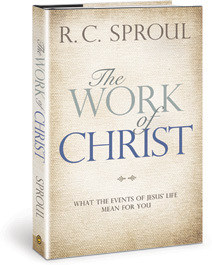 Well, the very first series that I did in the field of adult education was in 1969 at a church in Philadelphia, and the series was on the work of Christ. That was such an exciting time for me. It really was pivotal because I acquired a taste, indeed a passion, for adult education as a result of that experience of working with the laity in the church. I saw how they responded when they gained a deeper understanding of all the things that Jesus did in His ministry. So that passion was born in 1969. It’s never really left me.

Recently we did that series in a new setting with a new audience, and out of that grew the inspiration for this book. I think it’s extremely important, because at the heart of the Christian faith is Christ—who He is and what He has done. This is so often overlooked in the church. It’s amazing to me, but yet it’s of critical importance for us as Christians to come to a deeper understanding of what Jesus has done.

[You can read my review of The Work of Christ here]

From the beginning of your ministry, your teaching style has always included pacing around the lectern and across the platform, as well as regularly writing key terms on a chalkboard. Can you tell us how your teaching style developed and share your insights on the nature of presentation in teaching others?

When we talk about teaching style, I guess some people think about a carefully choreographed style for communication. I’ve never done that. My teaching style is just an expression of who I am. My concern is always to get my message across. The idea of walking around and using a blackboard started in my teaching of philosophy and Bible as a professor in a college.

I made ample use of the blackboard and chalk, and even to this day, I much prefer them over whiteboards and felt pens. I just like the dynamic of chalkboards. You can erase them easily, and there’s action involved. I remember once I was lecturing in the college and my mind went blank—because I didn’t use notes, or very few notes in those lectures—and I didn’t know where I was. So I turned around and walked over to the blackboard—at that point, it was blank—and I took the chalk and wrote a long line and then put an exclamation point at the end of it.

I turned around and said to the class, “Do you know what that means?” And they looked at me with dumbfounded bewilderment. I said: “Let me tell you what it means. It means I forgot where I was, and I had to do something, so I just wrote this line on the blackboard. But now I remember, so we can continue.”

So there’s a dynamic involved. I don’t think that a lecture should be something that is boring for people. It should be an activity that is engaging. Of course I learned from Dr. John Gerstner when he was my professor in seminary. He used to do what he called “dialecture.” It was a combination of dialogue and lecture. He jammed those two words together and coined the phrase “dialecture.”

What that meant was he lectured and we died when he involved us in conversation. But he always got us engaged in the material. That left an impact on me, so I naturally took off on that.

Of all the books you’ve written, which are the two or three you would recommend that people read before any of the others?

If you’re going to read two, I would recommend The Holiness of God and Chosen by God—those two.

Why those books? Are they fundamental?

My biggest concern in writing all of the books that I’ve written is to help people understand who God is and who we are. Those two books, I think, first of all point out the transcendent majesty of God, and second, the sovereignty of God. Those two ideas so inform our whole understanding of God, of Christ, of ourselves, and of the whole gamut of Christian thought that it is the foundational material that I use to introduce people to these things.

If you had five minutes to talk with the pope, what would you say or ask? Five minutes.

If I had five minutes to talk to the pope, I’d just ask him one question. I would say, “Why don’t you believe the gospel?” And I’m sure that would be provocative enough to fill up the five minutes.

Have you ever had second thoughts about the stand that you took in favor of a six-day creation and a young earth, especially in view of all the new material on the subject that has come out since 2006?

And what do we mean by “young earth”? If you’re thinking six thousand years, I doubt that. If you’re thinking 12 billion years, I doubt that, too. All I was speaking about was the understanding of what the Scriptures teach regarding the six days of creation. And I’m not even sure it’s correct to say that I took a stand. I said that’s what my view was.

When you say you have a view, it’s one thing to say, “I think that this is the way it is.” It’s another thing to take a stand where you say: “Here I stand. I’m going to die on this mountain.” I could be wrong in my understanding of Genesis. It’s a very difficult to deal with the literary genre in the opening verses of the beginning chapters of Genesis. I think there has to be some room for some flexibility on it.

What counsel would you give to young pastors in the area of cooperation with other ministries? For instance, from my perspective, you distance yourself significantly from individuals in support of ECT, and yet you were able to cooperate with others you disagree with, such as dispensationalists and Reformed charismatics. Where do you draw those boundaries?

Where I draw the line is at matters that are essential truths of the Christian faith. I differ with dispensationalism and Pentecostalism, but the dispensationalists and the Pentecostals affirm the non-negotiable central truths of the Christian faith—the Trinity, the doctrine of the atonement, the person and work of Christ, the resurrection, and justification by faith alone, that sort of thing. So in that case, they’re evangelicals. Where I don’t cooperate is with people who are non-evangelical—liberals who deny the gospel, Mormons, Jehovah’s Witnesses and people like that, and also with the Roman communion because Rome not only doesn’t affirm the gospel, it condemns the gospel and the doctrine of justification by faith alone.

That’s why we had numerous meetings to have these fellows reaffirm, clearly, their commitment to justification by faith alone. That is, I think that their ecumenical activity was wrong. I think it was confusing to many people, but I think they actually do hold to justification by faith alone. I don’t write them out of the kingdom or anything like that, but I’m very careful, as long as that ECT document is out there publicly, not to get engaged with that.

What do you see as the biggest challenge to the true church today?

I think it’s fidelity to the person and work of Christ. There are many issues: the authority of the Scriptures, the truth of the Gospel. But at the core of it is our commitment to the full humanity and deity of Christ, and all that He accomplished in His ministry.

Stay tuned tomorrow for part two of this interview. We discuss Christian celebrities, some of Dr. Sproul’s regrets in life and ministry, how he has balanced life and pastoral ministry, what the future of Ligonier Ministries may look like, and how we can all pray for him.

More in Help Me Interview: