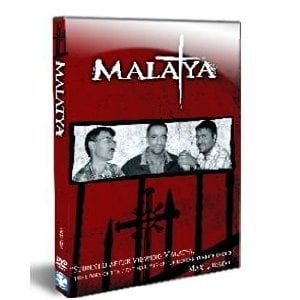 Is it estimated that in all of Turkey, a nation of almost 74 million, there are only a few thousand Christians. From their infancy Turks are taught that to be a Turk is to be a Muslim and to be anything else is treason. The few Christians who stand firm in their faith are viewed as terrorists, as insurgents who wish to overthrow the government. They are harrassed and slandered and sometimes fear for their lives.

On April 18, 2007, three Turkish Christians were murdered inside a Bible publishing office in the city of Malatya. The men who killed them were barely men at all; they were Muslim teenagers who had posed as seekers interested in learning more about the Christian faith. Each was found and arrested with a note in his pocket reading, “We did this for our country. They were attacking our religion.”

The three men who had been killed had first been bound at the wrists and ankles, they had been tortured, they had been stabbed with butcher knives. Finally, with the police at the door of the office, the teens had sliced the throats of these Christians, killing two immediately and fatally wounding the third.

Malatya is a DVD that tells the story of these men, these martyrs: Necati Aydin, a husband and father and pastor of the Malatya church; Tilmann Geske, a German citizen, a husband and father who had served the Turkish church for 10 years; and Ugur Yuksel, a young Christian, soon to be married, who was being discipled by Necati. It looks to their families, their widows, to learn about the aftermath of these attacks in which the wives chose to extend unilateral forgiveness to the attackers; it looks to the colleagues, the fellow pastors and the men they discipled, to see the impact of these attacks on the church in Turkey. And it looks to the lives of the men themselves to show that even today Christians are martyred, killed for their faith.

Malatya tells this story well, it tells it artistically, it tells it faithfully. It is a sad tale and yet it is the kind of tale we, as Christians, must expect to hear. It serves to prove that the message of the gospel, the good news, remains bad news to those who resist it. So often it is only through trials, tribulations and martyrdom that the gospel advances.

Here is the trailer:

You can learn more at malatyafilm.com or purchase it through Amazon.