One of the happier musical developments in the Christian world over the past few years has been the resurgence of hymns. Though there are many contemporary worship songs that have excellent content and are ideal for congregational worship, we just can’t afford to lose the hymn.

There are two different kinds of contemporary hymn. In the first place, we have artists writing new hymns that come complete with new tunes. Alongside that we have artists who are finding old hymns and setting them to new music–either completely new melodies or contemporary adaptations of the traditional ones. In the list I’ve offered below, the first two seem to specialize in new hymns and new music while the others focus on the new music.

(Yes, there are many, many other artists writing new hymns or adapting old ones. I am focusing here on artists whose albums are predominantly composed of contemporary hymns) 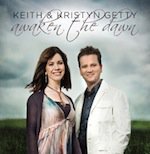 Keith Getty grew frustrated with the songs his church was singing. He met up with Stuart Townend and together they decided to try to write something better. They ended up with “In Christ Alone.” The rest, as they say, is history. Keith got married to Kristyn, moved to America (he’s Irish by birth), toured the world, wrote many more great hymns, and recorded a handful of albums, most of which have a distinctly Irish feel. And the Christian world has been so much better for it. The most recent collection of hymns is titled Awaken the Dawn. Many of these songs are perfectly suited to congregational worship (already at Grace Fellowship Church we sing “By Faith,” “Creation Sings the Father’s Song” and “Communion Hymn.”).

If you want to learn more, it may be worth beginning with their YouTube channel. There you’ll be able to hear some of their best songs and hear them at their best through videos of their live performances. And trust me when I say it’s absolutely worth trying to catch their shows–their band is amazingly talented and they put on a very enjoyable, worshipful show (though somehow show doesn’t seem like the proper descriptor). If you want to learn about their tour schedule (try to catch one of their Christmas shows!) or buy one of their albums, visit gettymusic.com. I suggest you begin with Awaken the Dawn if you like albums, and each of the songs I’ve already mentioned if you prefer individual tracks. 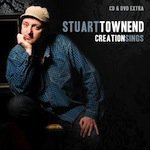 Stuart Townend is the other half of the writing duo that has produced some of Keith Getty’s most popular hymns (including “In Christ Alone” and “The Power of the Cross”) but he has also written many without Keith’s help, including “How Deep the Father’s Love” and “Beautiful Savior.” Keith releases albums under his own name but also appears on other albums (such as Keswick Live, one I quite enjoy).

To learn more about Townend, it’s probably best to visit his web site (stuarttownend.co.uk). The site remains just a little bit underdeveloped, but still has lots of useful information, including a tour schedule and a blog. I’d recommend buying Keswick Live (if you can find it and if you enjoy live worship music) or Creation Sings if you prefer a studio album. If you prefer to just buy songs, go with “In Christ Alone,” “How Deep the Father’s Love,” “Speak, O Lord” and “The Power of the Cross.” 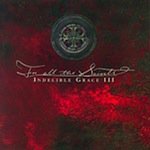 Indelible Grace is probably the granddaddy of these artists that write new tunes for old hymns. They have revisited such old favorites as “Abide with Me” and “For All the Saints” and have largely done so very well. They’ve also introduced us to old and long-forgotten hymns, drawing them out of obscurity. They have recorded 6 albums to this point and along the way have featured songs by a great group of artists including Sandra McCracken, Derek Webb, Jars of Clay, Matthew Perryman Jones and many others.

I have enjoyed each of their albums, but if I had to choose just one to recommend, I’d probably send you to Indelible Grace 3: For All the Saints. Jars of Clays’ adaptation of “For All the Saints” is just so good.

You’ll also want to take a look at the music of Matthew Smith who helped found Indelible Grace but who has recorded several independent projects as well. 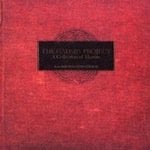 Red Mountain Church specializes in writing new tunes for old and all-but-forgotten hymns. They have released 6 albums to this point, many of them relating to a particular theme: Christmas, Heaven, the hymns originally collected in the hymnal of William Gadsby.

My favorite of the albums is The Gadsby Project. Be sure to listen right to the end to catch the song “Come Boldly to the Throne of Grace.” You can find one of their other albums, “Help My Unbelief” at NoiseTrade if you want to try it for free or trade some information for it. 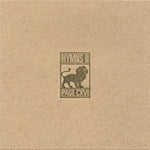 Page CXVI could probably use a catchier name (it’s taken from page 116 of a copy of The Magician’s Nephew by C.S. Lewis). But don’t let the name drive you off. They are a little bit more like Indelible Grace, writing new tunes for much-loved hymns (or creating slightly adapted but contemporary versions of the traditional tunes).

You can learn more and buy their 2 albums at pagecxvi.com. You’ll also find a tour schedule there in case you’d like to catch one of their forthcoming shows in CO, KS, OK or TX.

The Songs We Sing

Good hymns are an immense blessing to the Church of Christ. I believe the last day alone will show the world the real amount of good they have done. They suit all, both rich and poor. There is an elevating, stirring, soothing, spiritualizing, effect about a thoroughly good hymn, which nothing else can produce. It sticks in men’s memories when texts are forgotten. It trains men for heaven, where praise is one of the principal occupations. Preaching and praying shall one day cease for ever; but praise shall never die. The makers of good ballads are said to sway national opinion. The writers of good hymns, in like manner, are those who leave the deepest marks on the face of the Church.

But really good hymns are exceedingly rare. There are only a few men in any age who can write them. You may name hundreds of first-rate preachers for one first-rate writer of hymns. Hundreds of so-called hymns fill up our collections of congregational psalmody, which are really not hymns at all. They are very sound, very scriptural, very proper, very correct, very tolerably rhymed; but they are not real, live, genuine hymns. There is no life about them. At best they are tame, pointless, weak, and milk-and-watery.