Every two to three weeks I write a full-length book review, but for only a fraction of the books I actually read. From time to time I like to provide miniature reviews of some of the others. If you are looking for some reading suggestions, here are notes about some of the books I’ve read recently. 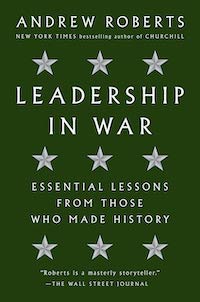 Leadership in War: Essential Lessons from Those Who Made History by Andrew Roberts. Albert Mohler recommended this book on his blog. I promptly bought it as a Christmas gift for my son, then took it and read it myself. He didn’t seem to mind. Leadership in War features a collection of essays on leaders who proved themselves in times of conflict. The subjects range from Napoleon to Stalin to Thatcher and each one of them is interesting in its own way. I think I especially enjoyed the chapter on Charles de Gaulle which focused on his mammoth ego and how that somehow worked for the good of France as it attempted to recover from a devastating war. The chapter on Nelson has compelled me to read a biography on him, since he seems like a fascinating individual. The book, and each chapter, are just the right length. (Amazon) 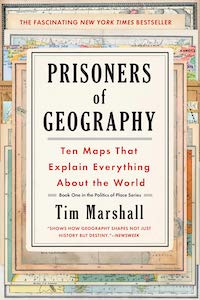 Prisoners of Geography: Ten Maps That Explain Everything About the World by Tim Marshall. In this book, Tim Marshall uses geography to explain why the world is the way it is. He shows how many of the world’s most pressing conflicts are inexorably related to geography, and makes rather a compelling case for it. That aside, his book is a great resource for better understanding the world and some of its perennial (and future) hotspots. If you don’t know why Russia is obsessed with the Crimea, why Tibet has seen so many Chinese settlers, and why India and Pakistan remain in a perpetual state of near-war, Marshall will fill you in. (Amazon) 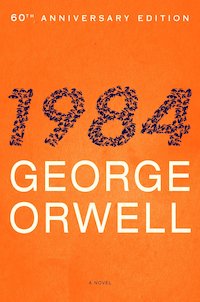 1984 by George Orwell. Every few years people seem to insist anew that now, at this time, and in this context, Orwell’s vision is finally being realized. Strangely, the claim is often made simultaneously by people on both sides of an ideological divide. Today people on both the left and the right are accusing the other side of being Orwellian. Orwell’s book is best read historically as a critique of his time, not our own. Yet it’s undeniable that there are some serious comparisons to be made to the year 2020. Do note that he describes some sexual situations (which, in their own way, are key to the story he tells). (Amazon) 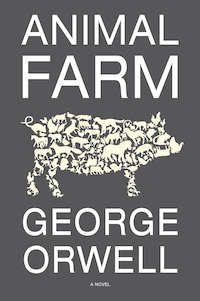 Animal Farm by George Orwell. Having read 1984 (for what was probably the fifth time) I decided to also re-read Animal Farm which I first read as a young child. While Animal Farm doesn’t resonate in the present quite as much as 1984, it is still a valuable and interesting read. It shows that Orwell really had a gift for discussing current events through story. In fact, it makes me wonder why we don’t see more of that kind of book today. Then again, as socialism seems to find a resurgence here at the dawn of a new decade, maybe these books are all we need to get us thinking about the dangers of totalitarianism and the impossibility of full-out socialism in which inevitably “all animals are equal, but some are more equal than others.” (Amazon) 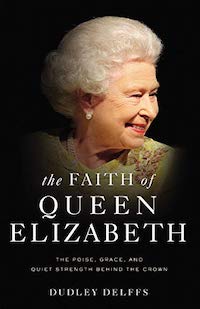 The Faith of Queen Elizabeth: The Poise, Grace, and Quiet Strength Behind the Crown by Dudley Delffs. Undoubtedly written to coincide with increased interest in Queen Elizabeth due to the Netflix series The Crown, this book was a significant disappointment to me. While it could have been an interesting examination of the nature of the Queen’s Christian faith, it was instead a kind of unfocused biography that touched lightly on spiritual themes. If you have wondered what the Queen believes and whether or not she is a Christian, you won’t come much closer to answers by reading this book. That’s not to say it has no value, but that it just doesn’t deal in a compelling way with the subject matter. You’d be far better off reading Elizabeth the Queen: The Life of a Modern Monarch by Sally Bedell Smith (though even then you won’t come much closer to getting answers to those faith questions). (Amazon) 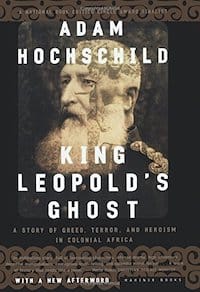 King Leopold’s Ghost: A Story of Greed, Terror, and Heroism in Colonial Africa by Adam Hochschild. You’ve probably heard of this book and the horrors it contains as it describes the brutal Belgian conquest of the Congo. It is every bit as awful and difficult to read as you’d expect. But it an important book in helping assess and understand the current state of the Congo and other African nations—all those cultures that were colonized and pillaged by European powers. You can’t read this and fail to come away with a deepened sense of the depravity that dwells in the heart of each and every human being. (Amazon) 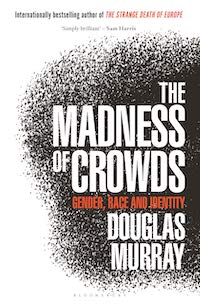 The Madness of Crowds: Gender, Race and Identity by Douglas Murray. I decided to read this one after seeing it mentioned on several favorite websites and having it personally recommended by a favorite theologian. I’ll be lazy and just share Kevin DeYoung’s review which echoes my own: “The fact that Murray is a gay atheist helps and hurts the book. On the one hand, it’s nice to see Murray sympathize with conservative Christianity and make the sorts of points many Christians would make. On the other hand, there is no doubt Murray is missing out on all sorts of resources and ideas for understanding human nature, sex, and forgiveness. Murray is at his best when he argues that our Western culture is asking for impossibilities. We must believe that women have a right to be sexy without being sexualized, that race doesn’t exist and that race defines everything, that Caitlyn Jenner is a woman but Rachel Dolezal is not black. His argument that people are much less oppressed than they think is bound to be controversial. But he makes a good point that the more comfortable most people are, the more suffering carries rhetorical (and real) power.” (Amazon) 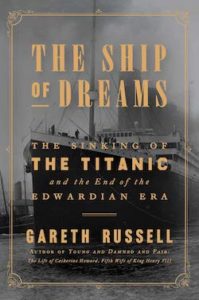 The Ship of Dreams: The Sinking of the Titanic and the End of the Edwardian Era by Gareth Russell. We certainly suffer no shortage of books on the brief history of Titanic. Where Russell’s book differs from others is that he focuses on the ship’s sinking as not just a terrible disaster, but a disaster of such horror and magnitude that we can actually set it as marking the end of an era—the end of the Edwardian period of history. He tells Titanic’s story by focusing on a few of her most interesting passengers and does so well. Whether this is the first or tenth book you’ve read on the sinking of the great ship, I think you’ll enjoy The Ship of Dreams. (Amazon) 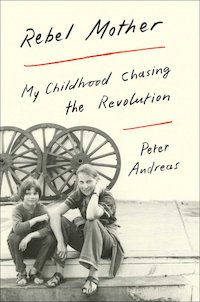 Rebel Mother: My Childhood Chasing the Revolution by Peter Andreas. I found this one recommended by a Christian blog I frequent. It tells the strange and uncomfortable story of Peter Andreas, who was raised by his mother, an American Marxist and revolutionary, as she led her son around North and South America in the hopes of joining in the great and final revolution. While she was not abusive per se, she certainly treated her son in a horrendous fashion, exposing him not only to her unconscionable ideology, but also to her radical feminism and unending promiscuity. In its own way, it shows that a true socialist revolutionary must be eager to demand not only the downfall of capitalism, but also of the nuclear family and anything that smacks of Christianity. It also shows that a true revolutionary must welcome violence as the only way to overthrow the old and usher in the new. (Note: There is a fair amount of bad language as the author describes conversations he overheard and participated in.) (Kindle)