(Yesterday on the blog: To Plumb Depths that Have No Bottom)

Does Romans 7 Describe a Christian?

I’m surprised it took almost 1800 episodes of Ask Pastor John to cover this one.

Freedom not to speak

Janie Cheaney recounts a well-known tale from Acts, then says “The hysteria of crowds hasn’t changed much. I’m reminded of the Ephesian dustup after every widely reported campus disruption, like the one at Yale Law School on March 10.”

My Journey with Jesus

It often does us good to read how others became Christians…

Does Evangelicalism Have a History?

Michael Reeves writes about the history of evangelicalism. And yes, it does have a history.

This article makes the argument that, indeed, it is.

A Call For “Enlightened Patriotism”

Kevin DeYoung looks to the past and says, “The dream was not a Christian takeover of government, but a nation founded on God-given freedom, shaped by Christian values, and filled with Christian teaching.”

Flashback: I Wish I Was Rich

Rather than spending your days dreaming about what you would do if you had more, spend your days working hard to make a living and then give with joyful generosity. 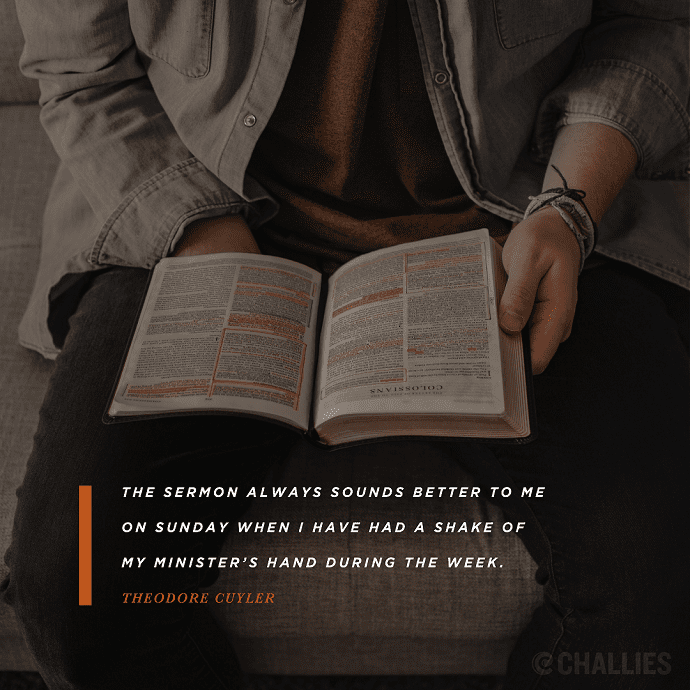 The sermon always sounds better to me on Sunday when I have had a shake of my minister’s hand during the week. —Theodore Cuyler