I hope that all of you who are at T4G this week are blessed and encouraged by the experience. Unfortunately I couldn’t make it for this one!

(Yesterday on the blog: A Family Easter Update)

If Ben Had Been There

I love this one! Andrea imagines the resurrection if her son Ben had been there. “My son Ben has cognitive disabilities and very little language. But sometimes he intuitively understands what our ‘normal’ intelligence blinds us to. Our Easter celebration last weekend got me thinking: If Ben had been at the tomb that first Easter morning, things might have gone down a little differently….”

Cultivating Wonder When You Feel Weary

“The sin that so easily entangles, the limitations of my humanity and the circumstances I cannot control. These aren’t new. Nothing earth-shattering. Yet, a timely reminder of who I am and who He is. An invitation to turn away from self, toward an active trust in what He’s doing…and that’s something hard to see in the moment.”

Dear Pastor . . . Rely on Your Congregation in Ministry

There is lots of wisdom in this letter. “Brother, we need one another in ministry. You should not try to be an evangelical superman and by yourself direct all the principal tasks of the church. This posture will lead to disenchantment for both you and your people. The fact of the matter is that you need the laypeople in ministry and they need you.”

Introducing the Good Faith Debates by The Gospel Coalition

Early next month TGC will be releasing a five-part video debate series featuring prominent Christian thinkers discussing some of the most divisive issues facing the church today. When we keep the gospel central, we can disagree on lesser but still important matters in good faith. In the Good Faith Debates, we hope to model this—showing that it’s possible for two Christians united around the gospel to engage in charitable conversation even amid substantive disagreement. (Sponsored)

The Bible’s Not an Instruction Manual

“‘Basic Instructions Before Leaving Earth.’ Ever heard the Bible explained that way? It’s a handy mnemonic device that certainly has some truth to it. But does it get at the heart of what the Bible really is?” Jared Wilson takes issue with that popular acryonm.

Why does the virgin birth matter?

Dr. Greg Lanier tells why the virgin with matters in this video from RTS.

The Ukulele and the Cross

Flashback: Each Gift Has Its Place 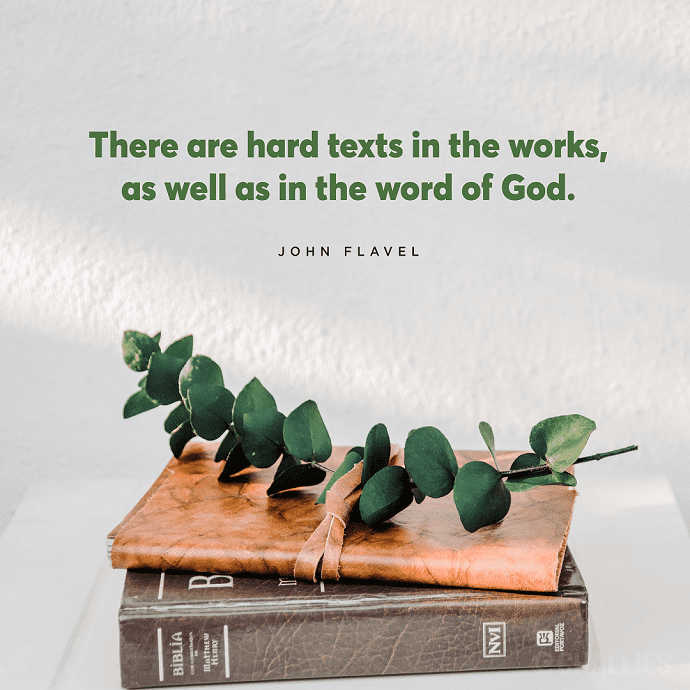 There are hard texts in the works, as well as in the word of God. —John Flavel