The Future of Protestantism – “Should the shape of Protestant theology and the Protestant consciousness still be determined by the Reformation’s reaction to Roman Catholicism?” You may want to log in at 7 PM PST to watch this dialog. It looks absolutely fascinating.

A Gosnell Movie – Owen Strachan wants you to know about a proposed, crowdfunded film on Kermit Gosnell.

Those who give much without sacrifice are reckoned as having given little. —Erwin Lutzer 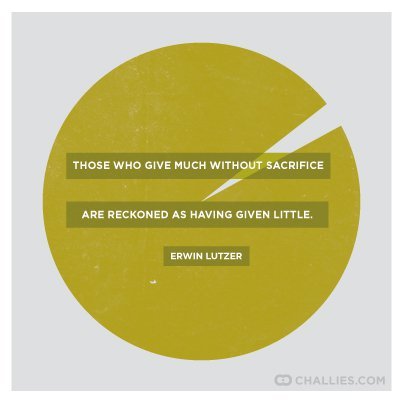