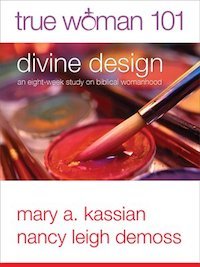 It came like a lightning bolt. It shouldn’t have, I suppose, but somehow it still did. For years our church has struggled to build an effective women’s ministry. Men’s ministry has come quite easily and we have seen men participate in the ministry, enjoy it, and build significant relationships through it. But women’s ministry has always proven more difficult, at least in part because we have not had women who are both gifted and interested in leading it.

Then Paul Martin, who is senior pastor at our church, had a conversation with a friend who leads a church out on Canada’s east coast. This pastor said that his church, too, had struggled with women’s ministry until he made an observation about Titus 2, the text that speaks most clearly about the unique ways in which women can serve other women. Titus 2 says this:

Older women likewise are to be reverent in behavior, not slanderers or slaves to much wine. They are to teach what is good, and so train the young women to love their husbands and children, to be self-controlled, pure, working at home, kind, and submissive to their own husbands, that the word of God may not be reviled.

What he pointed out is simply this: “Titus 2 wasn’t written to women. It was written to a pastor. Titus was told to teach women to teach other women.” Just once sentence before, Paul has told Titus, “But as for you, teach what accords with sound doctrine.” Only then does he go on to speak of women’s ministry. So this, too, falls under Titus’ oversight and leadership.

As pastors we took this as a charge to take women’s ministry seriously and to begin to lead that ministry, at least for a time. Instead of waiting for that leader, we would begin to develop leadership. Paul determined that he would spend a year or two heading up the women’s ministry meetings. A search for resources led us to True Woman 101: Divine Design by Nancy Leigh DeMoss and Mary Kassian. This became the textbook.

True Woman 101 is an eight week, or eight part, study on biblical womanhood. Each week provides five daily individual lessons which lead up to a group time of digging deeper into God’s Word. The purpose of the book is to lead women to a deeper understanding of God’s unique design in womanhood. God was deliberate in creating distinctions between men and women and this book both explores and celebrates those differences, and the elements of God’s design that are distinctively female.

Paul has led the women through the book over eight months instead of eight weeks, and has met with the women twice each month. The first meeting is our monthly women’s fellowship, and there he leads a flying overview of one of the book’s chapters. Once he has taught the material, Paul excuses himself and the women break into small groups to discuss, apply and pray. The second meeting, which happens two weeks later, is a leadership meeting, open to any of the women who are interested in receiving more teaching and in stepping toward positions of leadership within women’s ministry. At these meetings Paul teaches original, supplemental material that complements the True Woman material. Again, he teaches and then steps out while the women discuss and apply.

To this point the program has been very successful, and very encouraging, and it seems that our women’s ministry is beginning to hit its stride. The ministry has purpose and direction, really for the first time, because it has leadership for the first time. We are seeing women identifying themselves as leaders and growing in their ability to lead. We are seeing women growing in relationship and growing in comfort with one another. There remains lots of room to grow, of course, but we are encouraged. More importantly, the women of our church are encouraged.

True Woman 201 is about a year away from release, but I have already given it a read and can attest that it is a worthy successor (and focuses more narrowly on how women can fulfill the mandate of Titus 2). In the meantime, I highly recommend True Woman 101. I’ve told you only how we have put it to use at Grace Fellowship Church, but it would be equally appropriate in women’s small groups, in one-to-one Bible study, or a host of other contexts. I, and we, highly recommend it.