It is another good day for Kindle deals today, and there’s plenty to choose from.

Parents, take note. “In support of the parent’s role as a defender of his or her kids, I wanted to offer this very hard, very blunt article about obvious technological realities that nearly every youth worker would affirm but that most parents are unaware of.”

Are You Improving? Thoughts on Getting Better, Particularly at Preaching

“Since I’m a pastor who preaches almost weekly, I’ve given a good bit of thought to improving when it comes to my craft (and I have a long way to go!). Yet, I’m not sure how many pastors actually take time to think about being better at this part of their vocation.”

How To Spot a Pyramid Scheme (Video)

Here’s how to know…

How the Gospel Speaks to Gender Roles in Uganda

This article from TGC Africa is an interesting look at how the Bible informs gender roles in every culture.

Please Don’t Make Me Be Body-Positive

Anne Kennedy: “Really, why do we have to feel positive about everything? The very idea of sacrifice indicates pain. If you have stretch marks it is probably because something very painful happened to you, like bringing another person into the world. You might have been happy about that, but, as it was going on, probably not so happy.”

Hope in the Midst of Grief

“When Mom first passed away, I thought we would grieve for a while, and then move on. In fact, I was somewhat relieved when the first anniversary of her death came. It marked our endurance through our year of ‘firsts’ without her. Life has indeed moved on. God has richly blessed us with a new ‘normal’, but the grief has not faded. No, I am learning grief is a journey, and once we experience it, it will always be a part of our lives.”

Is the Nicene Faith the Basis for Ecumenism?

Leonardo de Chirico answers the question. “Referring to Nicaea as the common basis of ecumenism is wishful thinking rather than theologically responsible hope. In light of these three reasons, among Christian confessions and traditions there is a deeper disagreement, despite some areas of apparent and formal agreement. The way of unity always passes by the biblical truth that the Council of Nicaea tried to honor, even in the complexities of history. In itself, Nicaea is necessary. But it is not sufficient to express the biblical unity for which the Lord Jesus prayed and gave His life in order to achieve.”

Flashback: If I Wrote the Bible…

What if I had written my own bible? How would it be different? How would a simple, sinful person like myself approach the task of writing a standard of faith and practice that was meant to transcend all times, contexts and cultures? 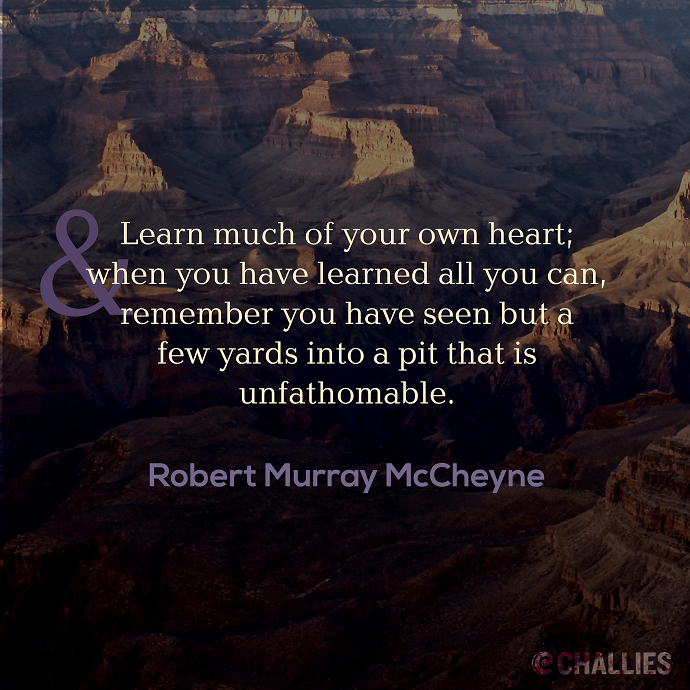 Learn much of your own heart; and when you have learned all you can, remember you have seen but a few yards into a pit that is unfathomable. —Robert Murray McCheyne