Don’t Pull a LOST – Jamie Brown writes about our worship services and compares them to the show LOST. He doesn’t mean it as a compliment.

The Right to Do Anything – Mounce looks at 1 Corinthians 6:12 and shows how important it is to get the translation correct.

Nelson Mandela – Conrad Mbewe: “Writing a blog post on Mandela is very difficult. I feel like a candle holding out light to the sun. Mandela’s public persona looms large over southern Africa, and indeed across the whole planet. Who does not know about him already? So, what is there to say that has not been said? As I put pen to paper, therefore, my aim is not to say anything new.”

Moral Mayhem Multiplied – As most Americans were thinking thoughts of Christmas cheer, a federal judge in Utah dropped a bomb on the institution of marriage, striking down the most crucial sections of the Utah statute outlawing polygamy. Al Mohler writes about it.

A 9-Letter Word for a 100-Year-Old Puzzle? – The Crossword puzzle has turned 100. Smithsonian tells us about it.

The laborer, not the loiterer, is worthy of his hire. —Henry Wilkinson 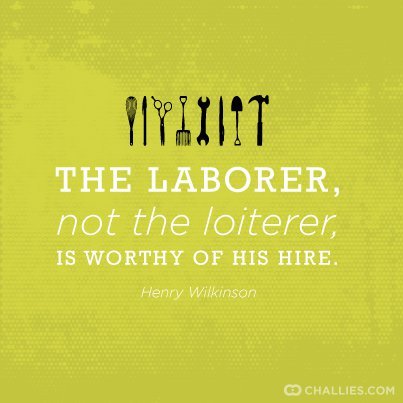