It is Family Day here in Canada—a holiday invented recently (as a campaign promise, I think) just to give us a day off in February. I gladly accept it.

There are just a few Kindle deals today—two of them designed to help you with joy or happiness.

Wes Bredenhof outlines five ways in which you’re probably not following in the footsteps of John Calvin (which, in these cases, is probably actually a good thing).

I’m enjoying this little “Context Matters” series at Knowable Word. In this one Peter Krol takes on 1 Peter 3:15 which tells us to be always prepared to make a defense.

Juan Sanchez offers three good questions to ask about multiethnic worship gatherings. “Our pluralistic culture celebrates diversity for the sake of diversity. Some time ago, my daughter auditioned for the part of Louisa in a local production of The Sound of Music. She didn’t get the part because the production company was looking for a diverse cast. Perhaps my half-Puerto Rican daughter looked too Austrian for the part. You see, when ethnic diversity becomes ultimate, the outcome can be rather silly.“

Welcome to the Era of Fake Products

E-commerce sites, and Amazon in particular, are full of counterfeit goods right alongside all the authentic ones. Wirecutter reports and warns: “On an e-commerce site, it’s as though those back-alley and swap-meet sellers have gotten to put their wares inside the store, on the same shelf as the real goods. And product placement relies on an algorithm that can push the cheapest version to the front of the shelf.”

Church Should Be Your Excuse for Missing Everything Else

That title may be slightly overstated, but it’s important to note that Christians have historically tied missing church to acts of mercy and necessity (or, you might say, to jobs of mercy and necessity). If your reason for missing on a regular basis is related to neither of them, maybe it’s time to re-evaluate your priorities.

To Anyone Who Thinks Christianity is Hateful or Bigoted

Bruce Ashford: “There is a growing sense in the United States that strong forms of religion—such as Christianity—are the enemy of peace and brotherhood. Many Americans have now come to believe that Christianity is inherently hateful or bigoted.” But is that the case? (Obviously not, or I wouldn’t be linking to the article, would I?)

The Dominion of Drunkenness

This article is not opposed to alcohol, but to the abuse of alcohol, and that’s where it raises a very interesting reason why the Bible forbids drunkenness. “Rather than being a way of subduing the earth, drunkenness is being subdued by the earth — quite literally, it’s being brought under the influence and control of creation.” 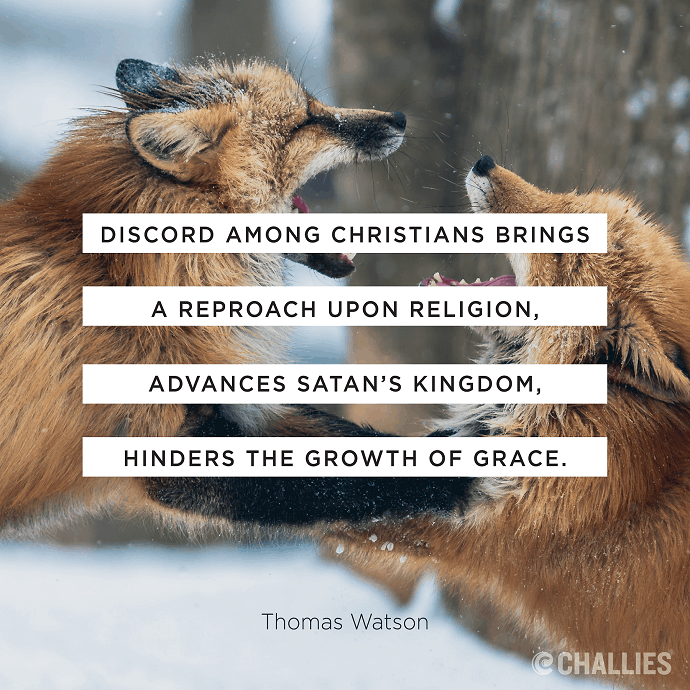